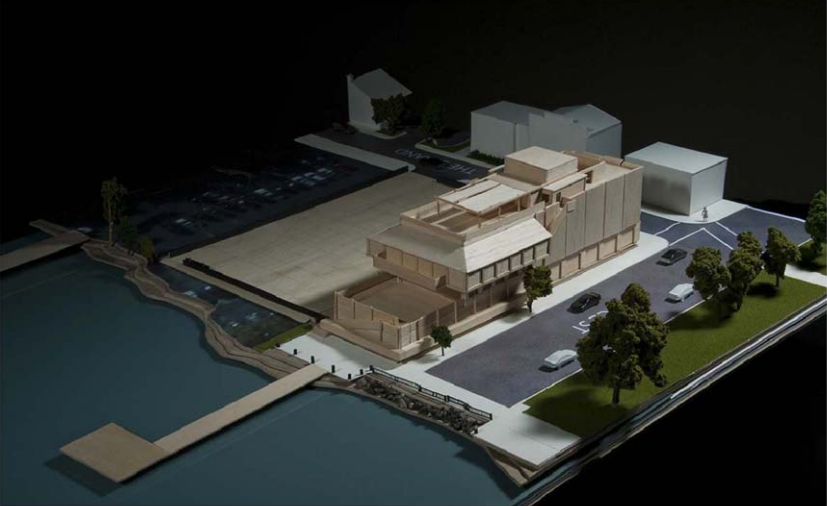 Members of the Planning Commission and the Old Dominion Boat Club agreed last week’s meeting marked an end to the dark chapter of waterfront litigation and the beginning of a new era along the city’s waterfront.

The commission approved rezoning the Old Dominion Boat Club’s new Beachcomber property to become a waterfront park zone and granted special use permits for the operation of the boat club. The commission also allowed them to reduce the number of parking spaces on the property.

After decades of litigation that began in the 1970s and the threat of eminent domain in 2013, boat club members agreed in July to a land swap with the city and relocate to the city-owned Beachcomber property at the end of Prince Street. City officials sought to acquire the old clubhouse to expand public access along the Potomac River and paid the group $5 million.

The boat club modified plans over the course of three work sessions with the Board of Architectural Review and twice each with the Waterfront Commission and Old Town Civic Association. The last hurdle for the group will be to get its plans approved by city council Saturday, bringing the long ordeal to a close.

There were two points of contention between city staff and the boat club at last week’s meeting: the height of a wall on the western perimeter and a retaining wall on the east side.

The proposed wall on the western side would enclose the boat club’s new 25-space parking lot. At issue was the height of the wall: the club proposed building a six-foot gated wall, citing security concerns for patrons’ cars and belongings, but commissioner Stewart Dunn felt the wall was not in keeping with the city’s plan for the waterfront.

“A six-foot wall is counter to what we’re doing here,” he said. “The whole thing is to have openness and transparency here and a six-foot wall does not accomplish that.

“[A six-foot wall] would not allow pedestrians to view through the metal fencing and see across the entire site and we feel … it’s better to have the low wall blocking hoods and headlights of cars,” Kerns said. “A lower wall with fencing would allow pedestrians a more open and transparent view across the parking lot area.”

Mary Catherine Gibbs, an attorney representing the club, said the club proposed the six-foot wall to screen the gates and to create a space for public art.

“[It’s] a great way to interact with those pedestrians on The Strand, whose vision may be blocked for a short period of time as they walk in front of that wall would be given an historic interpretation of what the waterfront looked like in terms of where those piers were located as they’re moving down The Strand,” Gibbs said.

The eastern side of the building facing the water presented a more complicated issue. That portion of the property is a sliver of city land between the boat club property and the Potomac River. If all goes as planned, that piece of land would become a promenade as part of the development of a new waterfront park.

But the debate about who should build a retaining wall — the boat club or the city —became the sticking point.

Assistant City Attorney Joanna Anderson said both parties have worked hard to get to this agreement and recognized constraints because of the limited size of the property.

“The retaining wall there is necessary because the side of the boat club’s property needs to be structurally stable in order for the city to do anything they need to do with that remaining property,” Anderson said. “When we come in to build the promenade, if it isn’t completely structurally stable then we’re going to have to add to the cost of installing the promenade in order to make their property stable when we put in the promenade. While we are sympathetic and want to be able to work with them on every aspect that we can, this is an additional burden that can’t be taken on by the city.”

Gibbs, resisting a move that would force the boat club to pay for the wall, said the boat club felt the issue was about fairness and timing.

“The requirement that the ODBC build a retaining wall along its eastern edge that will be covered up by the city’s flood mitigation would literally put the ODBC between a rock and a hard place and it would do so uselessly,” Gibbs said.

Dunn tried to help the parties reach some consensus.

“But the city thinks it does need the wall,” Lyman said.

“[The city] doesn’t know what it needs. It doesn’t think it needs a wall, ‘Gosh, we might need the wall, so since you’re paying for it, put it in,’” Dunn said.

The planning commission approved permits for the project and noted that staff and the boat club will continue to work toward a solution on the eastern retaining wall.

Lyman thanked representatives of the Old Dominion Boat Club after the vote and said she hopes it will be the beginning of the end for fights between City Hall and the boat club.

“This is a great moment that we’re going to start the waterfront in the spirit of compromise,” she said. “I think we’re all singing ‘Kumbaya’ on this.”