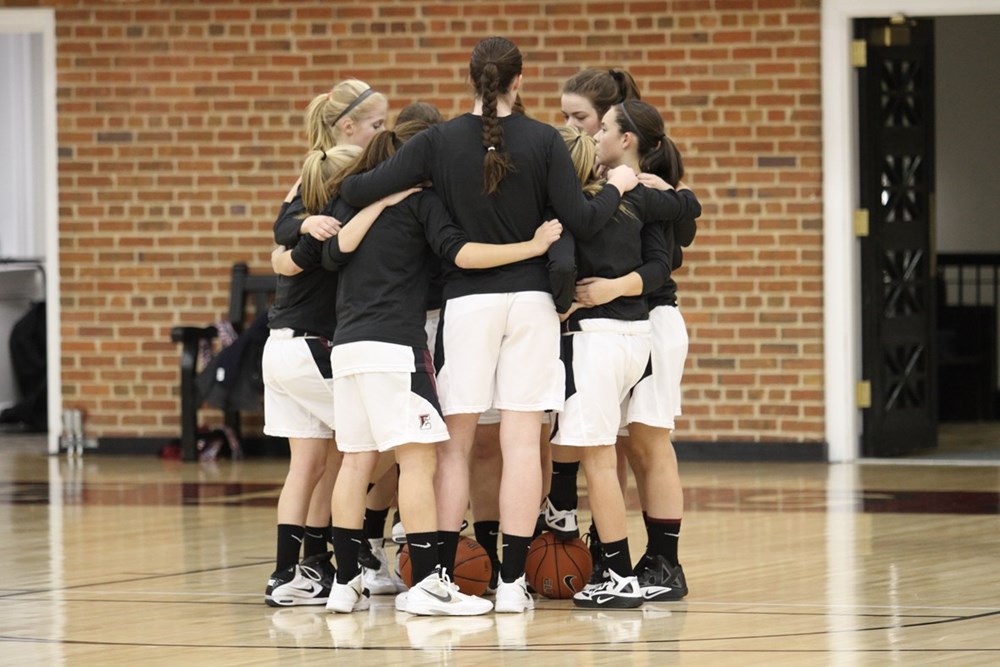 Even in a team sport like basketball, it can be tough to replace a star player. Episcopal’s girls team discovered that first hand this season as they sought to fill the hole left by Rennie Harrison, who now plays for the University of Richmond.

Harrison led the Maroon in scoring and rebounding before leaving for the Spiders, and this season it could have been difficult for them to cope with her absence having been such a focal point.

But under new head coach Katrina Reed, Episcopal coped well as they finished the season with a 14-10 record overall. The Maroon also reached the semifinals of the Independent School League tournament and played in the first round of the Virginia Independent Schools Athletic Association tournament, where they lost to St. Catherine’s.

That made it a very satisfying season for Reed, who was immediately impressed by the hard work of her players.

“As a new coach, you always have a lot of question marks entering a new program,” she said. “I was excited to come to a school that prides itself on being very competitive in multiple athletic arenas across the spectrum. The kids were so dedicated to what we did.

“The thing that I was most concerned about was that I wasn’t sure if people were going to buy into the new system, and luckily for me I had a group of leaders that really promoted what we were trying to do with the coaching staff.”

Without their standout for the first time in four seasons, Reed and her assistants had to rethink their team’s style of play. The new system they brought in took the focus away from one individual and onto the team as a collective.

“I think that naturally because you had a kid in Rennie, who was such a central focus of what they did both offensively and defensively, one of the things I wanted to impart on my girls this year was everybody who steps out on that court is an offensive threat,” she said. “I don’t want to be a team that centers on one or two people; I want to be a team that distributes the ball evenly because that’s a team that will be much more difficult to defend.

“That was one of the things that the coaching staff really tried to hammer home to the girls. We also made it a point to focus on defense and rebounding. A lot of our success on the offensive side this year came from our defense, our defense created our offense. We brought in some things that philosophically tried to impart upon the players, again I think they did a really good job of adapting to that system of play.”

Their efforts led them to the ISL semifinals, where they lost 29-26 to Flint Hill. Then, in the VISAA playoffs they held the No. 9 seed but went out to No. 8 St. Catherine’s after a 60-42 defeat. In spite of that loss, the postseason experience is something that Reed believes will stand her players in good stead.

“Any day you get to play basketball for another day is a blessing for me at least,” she said. “It’s a good experience. For the seniors, they were able to play with each other one more time and for our underclassmen just having that postseason experience is going to be valuable for them in the future. Any time you get to play outside of the regular season is another fantastic opportunity.”

The future looks bright for the Maroon, especially after a season in which a number of their underclassmen stepped into the void left by Harrison. With the likes of freshmen Lexi Weger and Maya Goree and sophomore Brooks Buyck all contributing regularly, there is plenty of optimism around the team, as well as recognition that there is plenty of work still to be done.

“We have a lot of younger players who really stepped up in big ways,” Reed said. “I look at the leadership from our seniors and what talent and enthusiasm remains in our lower classes, and I can’t help but be excited for the future because I think it’s a really good group that we had this year and it’s a great group that we can continue to build with as the years go on.

“I think we’ve got a lot of length and height on our team, which makes us very difficult to defend and it makes us a very difficult defensive team and makes us very strong. Where I think we need to improve upon is specifically that point guard position, because at the end of the day if you can’t get the ball to the other side of the court, you’re not going to be very successful.”