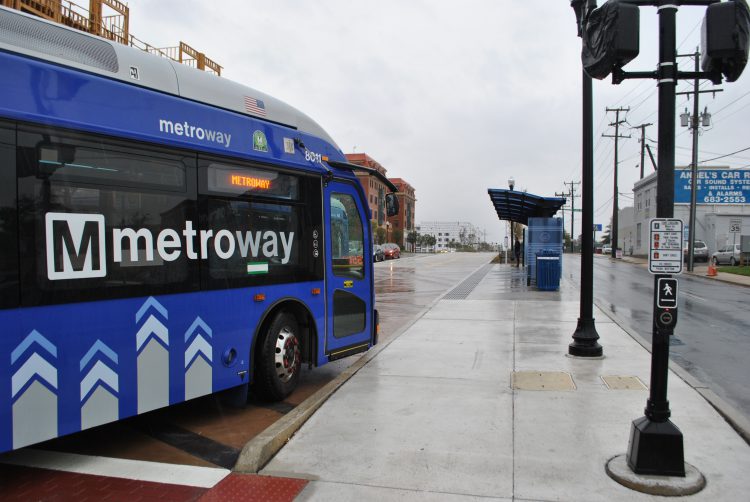 Commenters criticize Metroway’s cost and ridership statistics, but their critiques are myopic, misplaced and guilty of misunderstanding history. Their arguments criticize something more fundamental than dedicated bus lanes.

Six decades ago, when the federal government went out on a limb to build the interstate highway system, the trucking industry opposed it. In the early years, each lane might average one vehicle every 45 seconds. By the ridership metrics Metroway critics are using, the interstate highway system could not have been justified. But over time, the new highways became fully utilized. Public attitudinal adjustments take time: Metroway needs years before the public overcomes its prejudice against buses and appreciates bus rapid transit as a truly “different kind of bus.”

Sooner or later, Metrorail will reach capacity, requiring either gargantuan investments in new lines or more economical alternatives such as bus rapid transit to siphon off some of the excess ridership. Economic growth, increasing employment, commercial development, which pays more in taxes than it demands in services, cannot happen without transportation infrastructure to support it.

Moreover, eventually the traffic signals will be adjusted so they stay green longer or turn green sooner once a Metroway bus approaches. This is called signal priority. This should bring the time down to eight minutes. Adding dedicated lanes to East Glebe Road and Potomac Avenue could be done easily because the vicinity is already under construction, and that could cut the time down further to six minutes. The time difference between bus rapid transit and Metrorail would then be so small that it would not make sense to spend $250 million to build the Potomac Yard Metro station. The $25 million the federal government gave Alexandria to build bus rapid transit could spare us from spending $250 million on a massive Metrorail station.  That is Metroway’s real potential.

Unfortunately, council’s decisions are a roll of the dice: They can be brilliant like Metroway, catastrophic like the Mark Center or somewhere in between, like Capital Bikeshare, which broke even the first year in D.C. and Arlington, but only in Alexandria has to continue sucking city subsidies. What happens if we build the Potomac Yard Metrorail station and then the developers decide they can’t make commercial space work in that location?

The university from which I graduated had a “temporary” World War I building for its gymnasium.  The building today holds its architecture school and soon will be 100 years old. When noted architect Pietro Belluschi designed my church, the worship auditorium was intended to be temporary until a formal sanctuary could be built. But because the multipurpose worship auditorium works so well, no formal sanctuary has ever been built and, six decades later, the congregation still worships in the space intended only as a “temporary” worship space; concerts, plays, luncheons and dinners, sleepovers for children, voting, etc. all take place in that space by reconfiguring easily movable furniture. Good designs outlast and even confound their designers’ intentions.

Metroway is an incredibly good design, but both its critics and city hall share an inability to understand how transformative it can be.