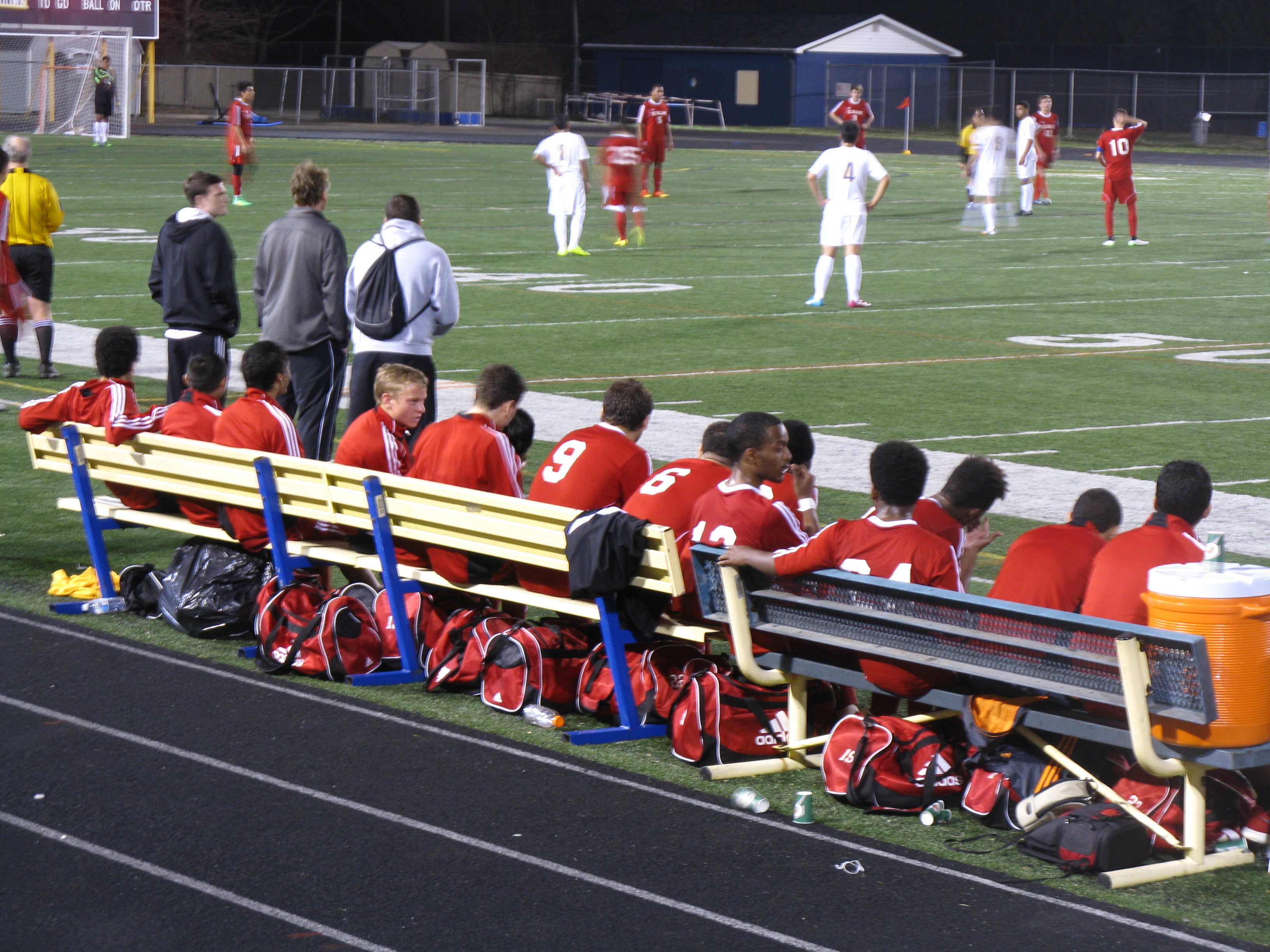 They are defending state champions with a 5-0-1 record this season, and have not lost since May of last year when they went down 2-0 to Washington-Lee. However, the boys soccer team of T.C. Williams are refusing to get carried away with their continued success, and know that there is still a long way to go if they are to defend their crown.

The Titans resumed their campaign following spring break Tuesday night with a resounding 5-0 win at Robert E. Lee High School, their biggest margin of victory in 2015. A brace from Kevin Nunez and other strikes from Sebastian Hendi, Ramsey Benzina and Abdurazak Abdulla capped a dominant performance for the visitors over the Lancers as they look to assert themselves further in the second half of the season.

T.C. would have been concerned at the loss of forward Eryk Williamson, the star from 2014 who now plays for D.C. United in the U.S. Soccer Development Academy and so is barred from high school soccer by league rules. However, Head Coach Marty Nickley is proud that his team has been able to fill that gap and keep its offense strong.

“We’ve always known that we’ve had guys who can score goals,” Nickley said. “For us, the biggest thing is being able to set them up. We’ve got guys at different places in different spots that can certainly finish the ball, and I think we’ve seen that early on we’re getting goals from a number of different sources, which is great. Setting those up and getting that work done to get in front of the goal in a scoring position, we’ve been impressed with that.”

In addition, their defense has held strong and restricted their opponents to just one goal, a deflection against Centreville that helped the Wildcats escape from T.C. with a 1-1 draw on March 24.

“[Defense is] another thing that we want to make sure becomes part of our identity and a sense of pride, defending well,” Nickley said. “So far this year, it’s gone well and the kids have approached it with a real strong work ethic and we hope to continue to build from some early success.”

That game against Centreville served as a lesson for the Titans, who said that they had perhaps taken their opponents a little lightly and learned a lesson that will stick with them for the rest of their regular season schedule.

“We are unbeaten, but I think the tie against Centreville humbled us,” senior defender Zachary Eisenhour said. “We weren’t overconfident but we did feel that we had at least the easy schedule for the first half of the season.

Last year’s successes, which culminated in a state title and just two losses all season, could well serve as motivation for opponents, who see the opportunity to beat the state champions and raise their game accordingly. But Nickley is adamant that his players can cope with any pressure that comes along with that, although it does not weigh on their minds as the 2015 season continues.

“Obviously there’s tremendous pride in what we did last year, but I think that they’ve got the attitude that that was last year and we’re going to see what we can do this year,” he said. “It’s not a situation where we really think about that in relation to what’s happening this year, we’ve got to work hard this year to see what we can do.

“I know that I would [raise my game against the state champions], but the level of competition here in Northern Virginia, you’re meeting good teams every night. There’s no match that you’re looking at and saying is an easy match. Every single one has been a really strong opponent and we’ve got to bring our best game to those and so far I think we’ve done well with that.”

“Every team we play this year is going to have this game circled on their calendar,” Eisenhour said. “It’s going to be pretty exciting. We were basically unknown going into all our games last year, and this year teams are preparing extra hard for us, they’re doing extra sprints at practice, they’re doing everything they can to get ready so we’ve just got to stay focused and do our jobs and we should come out on top.”

As for the rest of this season, the Titans know exactly what is expected of them and are determined to keep delivering in practice and on game day.