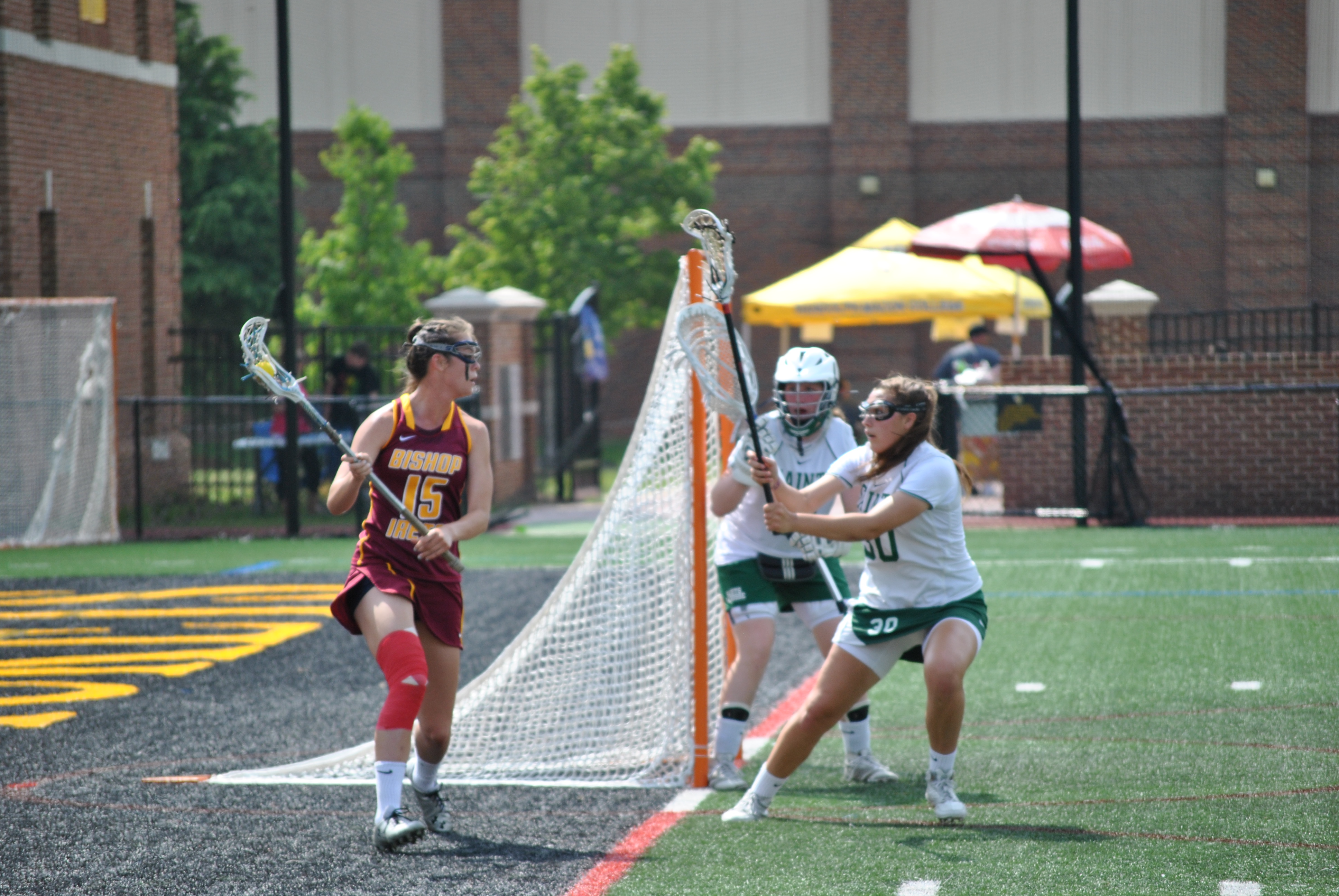 ASHLAND, Va. — At the conclusion of Bishop Ireton’s 12-10 win over St. Stephen’s and St. Agnes in the final of the girls lacrosse Virginia Independent Schools Athletic Association competition Saturday, Ireton head coach Rick Sofield shared the most tender of moments with his daughter Charlotte Sofield.

“I love you so much,” he said, close to tears as they celebrated the Cardinals’ second straight state title, both of which came after final victories over the Saints.

It was a touching moment between father and daughter, but it was significant for sporting reasons too. Charlotte has only had one lacrosse coach — her father Rick — and will enroll at the University of North Carolina to play there, for the first time not under her father’s tutelage.

She could think of no better way to draw their time at Ireton to a close than with a state title, especially against a Saints opponent that was looking to finish their season undefeated and came in with the No. 1 seed.

“[No longer coaching Charlotte] hasn’t set in just yet,” Rick Sofield said. “I was really feeling it this morning, I was in tears walking around the hotel this morning just thinking about it. Right now, I’m still jacked up from the win. I’m probably going to crash in about 30 minutes and be a blubbering fool.”

Ireton started the game right in form, scoring five goals without reply in the opening seven minutes, led by two apiece from Kelly Larkin and Charlotte Sofield, and another coming from Kayla Marshall. They were able to take an early advantage thanks to some strong work on draws from Kayla Duperrouzel, Kaitlin Luzik and Maggie Lohrer, who won the first seven of the game and did not allow Saints to mount any attacks of their own.

That offensive momentum was crucial in giving Ireton confidence in the initial stages, and they did not let up from there.

“I think that [scoring five early goals] was really key for us,” Luzik said. “We really got amped up before the game and got really in the zone, and I think it showed. We came out on fire, and I think that helped us.

“We know [the] Saints, we know they’re a great team and we know going up against them is going to be some amazing competition. We’re both equally as skilled and good teams, so we knew that in order for this to be even a close game or for us to come out on top, we had to come out in the beginning on fire.”

SSSAS came roaring back, led by Ellie Majure and Ellie Carson in attack, who both scored multiple goals. Majure tied the game at 9-9 early in the second half, and for a time it looked as though the undefeated Saints would complete a superb comeback.

But in what would turn out to be a crucial passage of play, the Saints’ offense had control of the ball for almost six minutes and took a number of shots but came up against a stout Ireton defense that held firm under the bombardment.

When the Saints finally got their goal — another from Majure to cut Ireton’s lead to 11-10 — it came at the end of a strong defensive effort from Ireton, who managed to hold out well in the face of their opponents’ efforts.

“We trust [the defense] to do that, and if St. Stephen’s is going to get five shots, 12 shots, it doesn’t matter,” Charlotte Sofield said. “Our defense is going to play hard the whole time, they’re not going to concede any of them, and that’s why they come away like that, because they don’t quit, they don’t stop.”

The final buzzer signaled a second straight VISAA title for Ireton, who recovered well from losing in the semifinals of the Washington Catholic Athletic Conference tournament to Holy Cross.

“Our word the past two weeks has been, ‘Redemption’,” Charlotte Sofield said. “Redemption is if you fall short or make a mistake, you make good on it. We fell short of what we were capable of, and in this game we redeemed ourselves and made good on it. That’s what we’ve been working towards these past two weeks. I’m really proud of the team, they did exactly what they wanted to accomplish.”