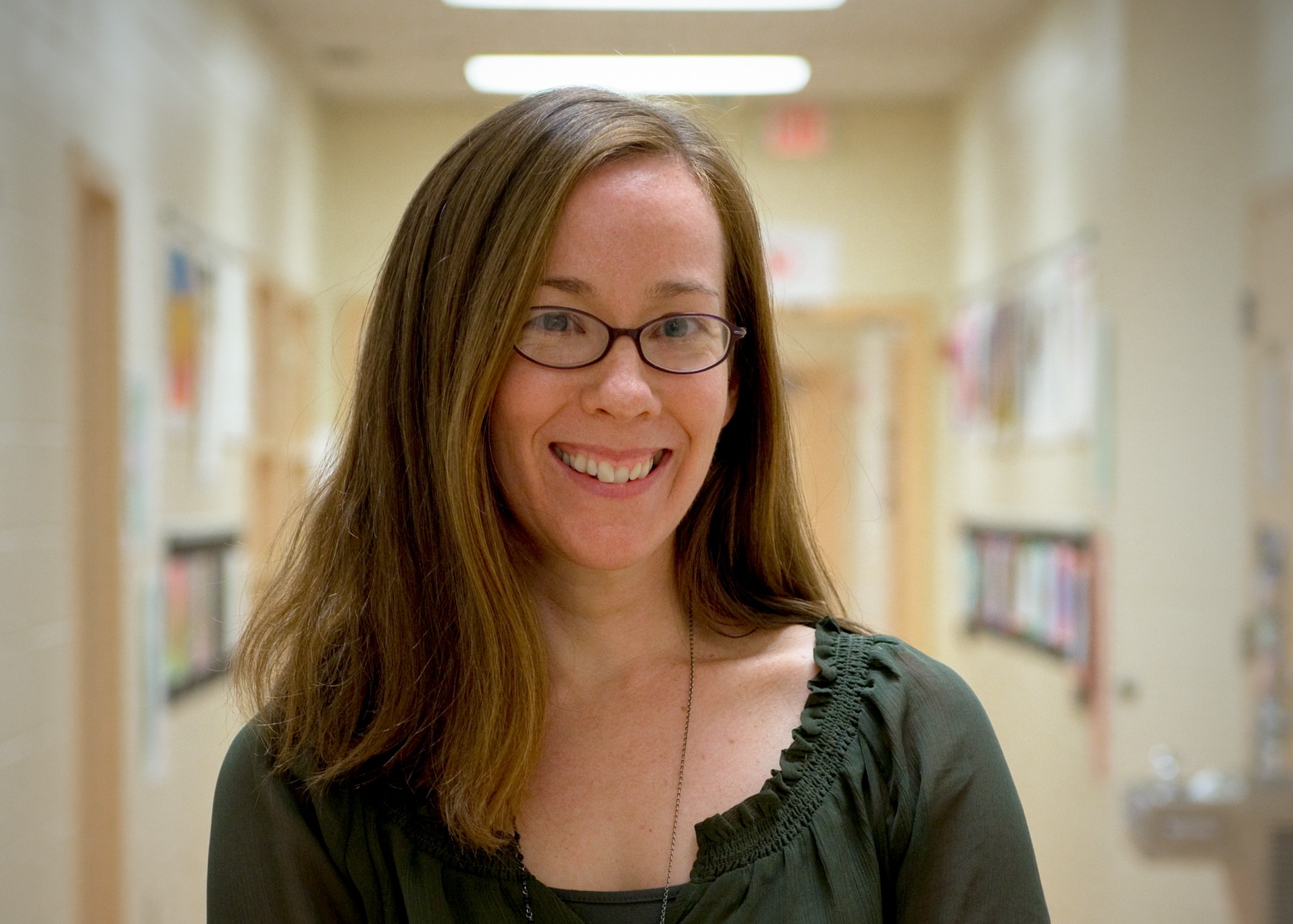 Local educator Kate Fitzpatrick has been touching the lives of at-risk children for years, teaching students at the Northern Virginia Juvenile Detention Center. Last week she was honored for her efforts with a Fulbright scholarship to travel to India next year to explore ways to incorporate elements of yoga into her curriculum.

Having taught for 15 years, with the last eight of those at the detention center, Fitzpatrick feels a connection with middle and high school students.

Fitzpatrick said challenges are something she has never shied away from. With her father working for the U.S. State Department, Fitzpatrick moved frequently as a child. The family lived in Germany, Uruguay and South Africa while she was growing up.

Fitzpatrick said those experiences made her an adaptable person. From the age of 14, she worked with youth as a camp counselor and throughout her college years. All of her jobs were focused on youth, arts and music.

After graduate school, Fitzpatrick started her career working with disadvantaged youth in a rural school outside of Albuquerque, N.M. — one she described a “tough” environment with gang issues. Fitzpatrick moved to Alexandria and taught at William Ramsay Elementary School for a year before moving to Egypt, where she taught at an international school. Fitzpatrick eventually saw and applied for the job at the juvenile detention center.

“I do my best work with kids in that age group,” she said. “It is a challenge to teach middle school kids and high school kids. I really like it and I found I had some kind of connection with them.

“I could work with the kids’ instabilities because they’re always questioning things. I really like having those kinds of conversations with kids where they’re questioning what’s next, or sharing their opinion. You can kind of see where they’re coming from and learn more about them.”

After the first three years teaching at the detention center, she felt she needed to take a step away. Beginning to doubt herself and the way she was educating her students, she wondered if she was really helping them.

“I needed to figure out if that was the route I wanted to take with my career,” Fitzpatrick said. “I was really stressed out and that’s when I turned to yoga. I really hadn’t made the connection that yoga was something I should bring here yet.”

Her goal had always been to give students a way to communicate and express themselves, but the rules and regulations at the center proved challenging.

“I thought, ‘This is not working. I’m not doing the quality of work I could be doing,’” she said.

She left the center to teach at Charles Barrett and Matthew Maury Elementary schools but the draw to return to the center gnawed at her.

“I think I was missing the challenge,” Fitzpatrick said. “But I wanted to be responsible about it. If I went back to the detention center, I knew that they needed consistency. They needed someone who was strong and could guide them.

“But I couldn’t go back and just leave again. I needed to go back and stay for some time. That’s when I was trying to think about what they needed, and I thought, ‘Oh, I can teach them yoga.’”

In 2011, Fitzpatrick combined art and yoga, which she said gave the students more opportunities to express themselves. Her parents are musicians and made the arts a priority in their children’s lives.

“I always had to find ways to navigate my way through middle school and high school,” she said. “I realize those are tumultuous times.”

In her first yoga class, ten teenaged boys sat against the wall in her class watching. Fitzpatrick wasn’t sure what to expect. She asked the boys what they thought yoga was.

“Isn’t that when you just sit crisscross applesauce and say ‘Ohm,’ or something?” they said.

Only one boy participated that day as the others looked on. But at the end of the lesson, she invited the boys to do savasana, a pose of relaxation known as the corpse pose, and they all joined in.

“That can be like the most vulnerable place for them, but they really take to it,” Fitzpatrick said. “They’re lying on their backs. They are closing their eyes. They are being still. And they’re noticing after all that movement and stretching using their body weight they feel like they can just melt.

“This one kid said ‘I feel lighter,’” she said.  “And if that’s one kid feeling that, that’s enough.”

There isn’t a lot of time for the art component, but after yoga, the students often sketch how they felt before and after the activity, or create art projects related to different poses.

Fitzpatrick said she notices a difference in herself as well.

“When I first came to this position I just accepted working here,” she said. “It was open and I said, ‘Sure, why not?’ … I wasn’t prepared for the different rules and regulations of being in an institution.

“Working here year after year, I get to leave every day. But there’s just a lot of extra stuff in this building just by the fact that there’s a lot of trauma that comes into the building. I don’t think I was ready for it. So, I had to leave and I had to work on myself.”

Her plan during her three months in India is to collaborate with teachers in local schools and research how yoga is woven into the school curriculum.

“You see every kind of kid. You see the kids that did something minor to something like a huge offense,” Fitzpatrick said. “I’m trying to give them skills to manage themselves to be able to go back to the breath. I always tell them: ‘Even if you don’t do the yoga pose you can breathe with us.’ That’s yoga. If you’re aware of your breathing, that’s yoga. … You’re in the moment. You’re not thinking about the past, or the future. You’re just thinking about right now.

“A lot of our kids get really bad information from lawyers, probation officers, or court dates. That’s a lot of stress. For them, they’re minds are already all over the place because they’re teenagers. They’re impulsive. They have a lot of things that they want, but they can’t necessarily see a certain path. In my class, we don’t worry about that path. ‘What are you doing right now?’”

When students leave the center, they need mentors and transition services so they can make a change.

“A lot of the kids go back to their same neighborhood doing the same things with their friends and then we see them here again,” she said. “Some of the kids I’ve known here, I’ve known for four years or longer. They grow up here. It is my hope that through art and yoga, I’m giving them a way… to manage their impulses and emotions to deal with them in the moment.”

Although yoga might not be life changing, Fitzpatrick said, it can help students right now.

“I think if that’s my focus, then maybe the impact will have a longer lasting value.”