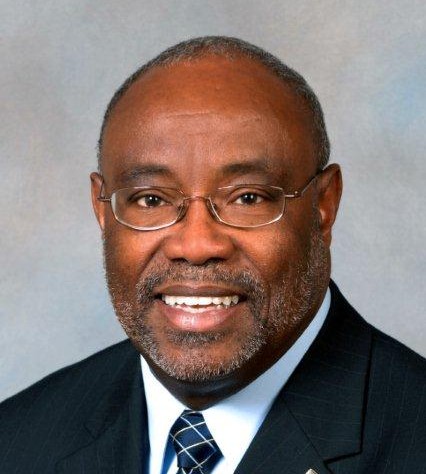 Rumors that began as early as election night have reached a fever pitch this week, as a cadre of residents confirmed they are meeting actively to lay the groundwork for a write-in campaign to re-elect Mayor Bill Euille. But the four-term mayor insists he is still undecided on whether to pursue such an effort.

In the June 9 Democratic primary, Vice Mayor Allison Silberberg narrowly defeated the incumbent Euille by a margin of 312 votes, with former Mayor Kerry Donley coming in third. Since the election, Euille has refrained from endorsing Silberberg and mentioned examining “other opportunities” rather than conceding the race.

A few residents raised the flag of writing in Euille shortly after the primary, including Glenn Klaus, who started a @Writein_Euille Twitter account and wrote a letter to the editor in the Times last month. But this week marks the first acknowledgement of a concrete effort to garner support for a write-in bid.

Resident Lynn Hampton said a core group of around 15 members began meeting shortly after the election and are working to provide early infrastructure to the campaign. She cited the fact that Euille and Donley appeared to split the vote of those in favor of swift commercial development, particularly along the Potomac waterfront, as a motivating factor.

“There’s a lot of people who really feel that nearly two thirds of the people in Alexandria [who voted in June] voted for progress,” Hampton said. “[In the primary], we had Bill and Kerry, who basically vote the same, but with different styles, and they split the progressive vote.”

Hampton said her group is reviving a political action committee they formed to support city council candidates in 2012, Securing Alexandria’s Future, which they will use to raise funds for the effort. She said they have enough funding at this point “to get started” and that they are reaching out to Donley supporters in addition to Euille’s base. And she noted that such a campaign is not unprecedented.

“I think the issue is: Will Bill accept the draft? We don’t know and he has other options I’m sure. So we can sit here and do this, but at some point he will have to say, ‘OK, I accept it.’ But I’ll write him in no matter what.”

Euille confirmed he is looking at the possibility of a write-in campaign, but said he has not yet made a decision. If he does endorse the effort, he likely would be able to hit the ground running: according to campaign finance reports released last week, his campaign still has $28,800 cash on hand, compared to only $1,235 remaining in Silberberg’s coffers.

“The rumors have been going on since the day after the election,” he said. “I’m just listening to folks and taking it all in. But I have not made a decision. I’m about to have a vacation, and after I get back around August 1, I may have reached a decision at that time.”

Euille said he wants to ensure there is a strong groundswell of support before committing to a run at November.

“It’s not something I’m launching myself, because it’s certainly wise now to look at the activity first,” he said. “This can come back to haunt you if you don’t know what you’re doing. I need to be convinced there’s already a significant amount of broad-based support.”

Euille said he has not second-guessed his decision not to spend more of his campaign funds ahead of the Democratic primary, given his narrow margin of defeat.

“Not at all; we raised a significant amount of money and we had the luxury in spending that for a very robust campaign and I have no regrets at all,” he said. “I’m pleased to be in a position to still have funds left over for other purposes … whether I do something now or three years from now. And there are still active campaigns for the city council candidates, the House of Delegates or the state senate.”

But a write-in campaign could present complications for both Euille and supporters with the Alexandria Democratic Committee. According to the group’s bylaws, anyone who supports a “contested candidate for public office who is not a Democratic nominee or endorsee” via endorsement or financial contribution could be subject to “removal from office, membership and/or associated status.”

ADC chairman Clarence Tong said although he is aware of the rumors of a write-in bid, the committee is focused on supporting its mayoral and council candidates ahead of the November general election.

“Under the current circumstances, [Euille’s] standing is fine, but that could change in the event of endorsing a write-in campaign for himself,” Tong said. “Of course we’ve heard the rumors, and that’s been true since June 10, but we have our Democratic ticket, we have a nominee for mayor and six candidates for city council, and we have a local coordinated campaign.”