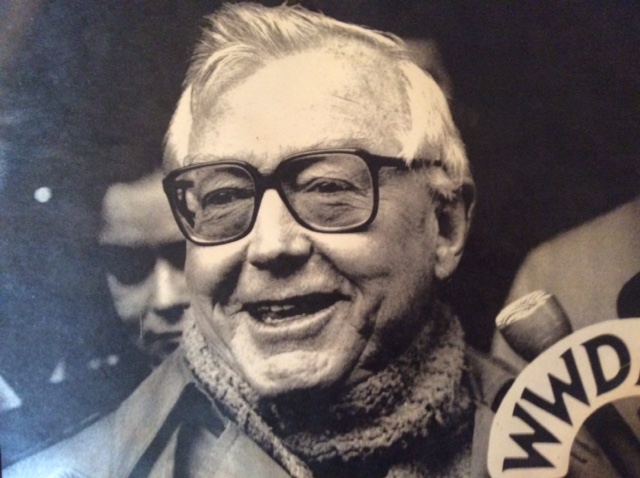 William Lynch, an attorney who was one of the key prosecutors to work for the U.S. Department of Justice in its efforts to combat organized crime in the 1960s and 1970s, died on July 13 at his Alexandria home. He was 88.

Lynch was born December 5, 1926 in New York City and served in the V5 Navy Aviator Program during World War II. After the war, he graduated from Fordham University and Harvard Law School before becoming an Assistant United

States Attorney for the Southern District of New York.

Lynch joined the Justice Department at the request of then-Attorney General Robert F. Kennedy to work in the department’s Organized Crime and Racketeering

Section. He was a key prosecutor in its work to combat organized crime and the Mafia. Lynch was named chief of the section in 1969, and remained in the role until 1976.

He later helmed the Narcotics and Dangerous Drugs Section, and then was assigned to be a special trial attorney for the criminal division, specializing in high-profile cases.

“Within the Department of Justice, the work of the Organized Crime and Racketeering Section of the Criminal Division has been greatly expanded,” Robert F. Kennedy wrote at the time. “Since January 1961, the personnel strength of this section has been more than tripled from 17 attorneys to more than 60. Permanent field units have been set up in Chicago, New York, Los Angeles and Miami and teams of special attorneys have been assigned to various other cities to develop and assist in specific cases.”

The Chicago field unit was one of the most important, given the organized crime that affected the city at that time, and one of its prosecutors was Peter Vaira, who was eventually promoted to chief of that strike force. He was hired to the DOJ in 1968 by Lynch and answered directly to him for a decade before being selected as the U.S. Attorney for the Eastern District of Pennsylvania by then-Attorney General Griffin Bell. He remembers the agency being an exciting place to work as it looked to bring down the influence of the mob.

“They had a lot of fire, and the department at that time picked a lot of energy and the Organized Crime section had the money. It was the biggest section in the whole department. They were starting this nationwide campaign against organized crime by putting what were called strike forces, offices across the country, in key spots where the chief and the attorneys there would get information from all the agencies and blend it. That was the idea. We worked together in making cases against organized crime figures. For 10 years at least, 15 years, after I came, it rose in power and strength. We did a lot of good stuff, and brought down some big guys.”

Vaira remembered Lynch for being able to cope with any so-called “time bombs” — issues that would come up that had to be dealt with urgently — thrown his way. Whether it was leading an unpopular conviction against two Roman Catholic priests in Harrisburg, Penn. for trespassing or having to deal with a Chicago-based informant’s bank note for $500,000 not being monitored effectively by the bank or the FBI in an undercover scheme and leaving the DOJ to front the money.

“Bill was always quite a guy, and he was always getting surprised by us calling him up and giving him some time bomb that was going on and there was going to be a terrible story [in the newspapers] tomorrow,” Vaira said. “He got one call a day like that, some bomb was going off.”

As such, Lynch was very important to the work of the Organized Crime and Racketeering section, and was always in the line of fire if there were issues to handle.

“The Organized Crime section was a very key section, and he became the chief, he had immense power,” Vaira said. “He had 50 to 75 lawyers working for him, who answered directly to him, and he’d answer directly to the deputy attorney general for crimes, but in effect right to the attorney general. “He was right in that line, and when something happened they came looking for him. He was not a bureaucratic guy, and had to make decisions all the time. He had to take some very tough decisions. We always joked about what he had to handle, because every day there would be a time bomb coming in from one of his men in the field, who were always in some kind of trouble. Judges would be mad at us, the U.S. Attorney’s office would be angry with us, the police, FBI.”

Lynch retired from the department in 1994. In retirement, Lynch was an active member of Saint Mary’s Catholic Church at 309 N. Royal St. He served as president of both the Old Town Civic Association and the Old Town Walled Garden Club, and was vice chairman of the parks and recreation commission. Lynch also was active in Alexandria’s soccer and scouting programs. Vaira remembers a man who was a superb prosecutor, but who always retained his sense of humor.

“It was a privilege working for him,” Vaira said. “This is the guy that hired me, and I’ll always remember that. He was a funny guy, he had a good sense of humor and could roll with it. He didn’t take himself too seriously. He couldn’t, with the amount of bombs he had to settle.”

Lynch is survived by his wife of 54 years, Barbara; his sons, Kevin, Stephen and Daniel; daughter Anne and 12 grandchildren.