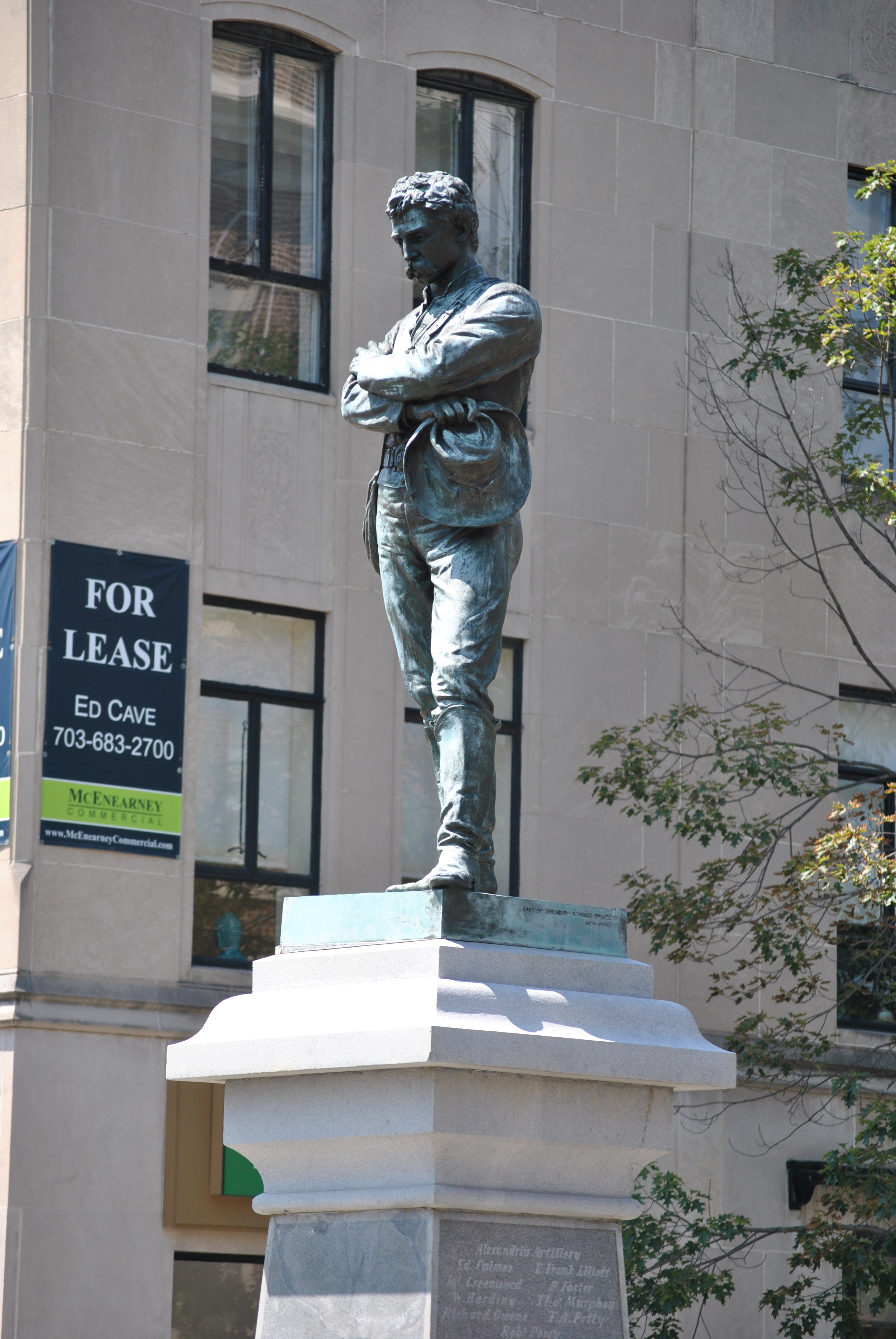 Alexandria may be just a river’s width away from Washington, but like many cities farther south, the city has a very complex history when it comes to race, slavery and the Civil War.

In antebellum Alexandria, some residents owned slaves, and the city was home to a prominent slave trade business, which was featured briefly in the acclaimed film “12 Years a Slave.” When the Civil War broke out, many residents fled the city to join with Confederate forces before the Union Army set up an occupation and eventually built Fort Ward to help
defend the nation’s capital. During the war, the city became a hub for freed and fleeing slaves.

In the century and a half since the end of the War Between the States, Alexandria has become a diverse and inclusive community. The city integrated more peacefully than many of its counterparts to the south, and even some northern cities. But for some, the city still has painful reminders of its checkered past in the form of monuments commemorating Confederate soldiers and streets named after Confederate leaders.

Discussions of references to the Confederacy across the city have ramped up in recent weeks, in the aftermath of the tragic massacre of nine attendees of a Bible study at the historic Emanuel African Methodist Episcopal Church last month by a man who had been photographed at various Confederate museums and wearing flag patches of white supremacist African states. City leaders have been both swift and measured in their response.

City council appears poised to do away with flying the Confederate battle flag on Robert E. Lee’s birthday and Confederate Memorial Day at the Appomattox statue at the intersection of Prince and South Washington streets. This is a strong first step: it is an easy measure that can be adopted quickly and has broad support.

The Times has another suggestion, an initiative that does not require state approval — any changes to the Appomattox statue or renaming Jefferson Davis Highway need the OK from Richmond — and could garner quick support: Get rid of street names that honor secessionist generals and leaders without ties to Alexandria.

Many city streets, particularly on the West End, feature the names of Confederate generals or political leaders, thanks to an ordinance passed in the 1950s mandating new streets running north-south be named as such. The ordinance was repealed last year, but the street names themselves remain.

Aside from some headaches at the post office, changing some of Alexandria’s more egregious street names would be a logical second step toward better representing the city’s history. There is no shortage of notable Alexandrians to choose from for new names: Vietnam War hero Rocky Versace, civil rights activist Samuel Tucker and longtime City Manager Vola Lawson are just a few options.

We laud Mayor Bill Euille’s call for city councilors and residents to take the rest of the summer council recess to seek feedback and reflect on the totality of Alexandria’s historic Confederate landmarks. Having a broad, extended and public discussion should prevent any knee-jerk reactionary measures and allow for all interested residents to have their say in a respectful way.

The upcoming discussion on this issue shouldn’t be limited to Alexandria’s Confederate history. It is a chance for us to examine how we honor all aspects of our city’s history, from Confederate memorials to the Freedom House Museum. It’s a discussion that’s long overdue, but it must be approached with tolerance for divergent views.