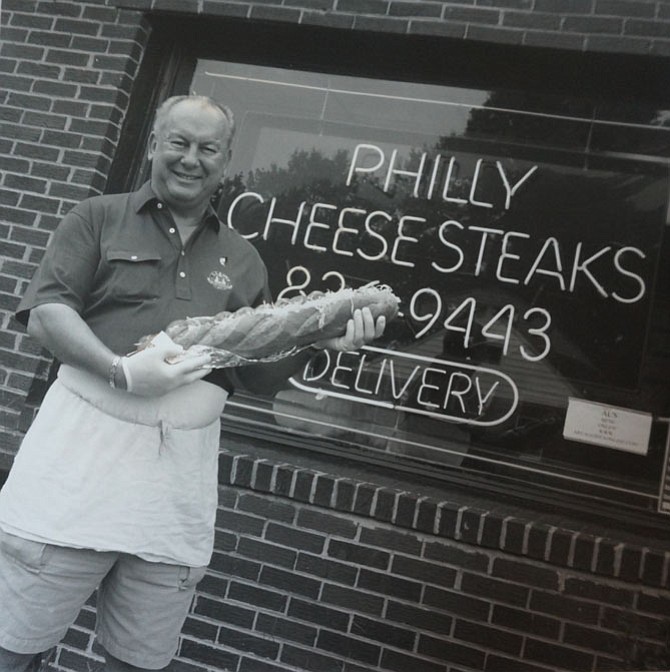 John Severson, known to his friends and fellow residents of Alexandria as “Big Al” and the owner of Al’s Steakhouse on Mount Vernon Avenue, died at his home August 15 after a yearlong battle with lung cancer. He was 73.

Severson was born in Hawaii on October 28, 1941, and soon after his birth moved to Alexandria with his parents Elizabeth and Arthur, who was an officer in the U.S. Army. Severson attended George Washington High School, and after graduating became a mail carrier for the United States Postal Service.

He first came across Al’s Steakhouse as a 12-year-old, when he began cutting onions for original owner Al Martino after school, then bought the restaurant with his wife Patricia in 1965. It continued virtually unchanged in its layout and décor in spite of decades of growth both in Del Ray and on Mount Vernon Avenue, and remains a neighborhood institution.

“It is with deep sadness and respect that I share the entire city’s prayers and sympathies on the passing of our dear friend, Big Al,” Mayor Bill Euille wrote to Severson’s family and friends. “John always wore a big smile in greeting his many dedicated steak and cheese lovers, and his Al’s Steak House has been an institution on Mount Vernon Avenue in Del Ray under his ownership since 1965.

“While The Avenue, Del Ray and the city have evolved and changed many times over the decades, the one consistent factor was Johnny and his Al’s Steak House with its piled high and mouth-watering sandwiches.”

Severson was known as a generous man, who never wished to see anyone go hungry at his restaurant, even if they could not afford to pay, said business colleagues. As a reflection of this generosity, his family requested that no flowers be sent in his memory, but instead donations be made to ALIVE! Alexandria, a nonprofit that focuses on helping those in need in the city.

Pat Miller, the treasurer of the Del Ray Business Association, has lived in the neighborhood for several decades and knew Severson well. He said the longevity of Severson and his business was what made him stand out, as well as the quality of the food he had on offer.

“[Al’s Steakhouse] was the original, totally the original,” she said. “He was here before anybody else. When I came here over 30 years ago, that was the place. It’s a major loss, one of our big historical people is no longer around. It’s very sad.”

As vice president of the Del Ray Business Association, Brian Story has seen plenty of growth in the neighborhood, and remembers visiting Al’s Steakhouse as a child with his parents’  colleagues from the Alexandria Police Department. He said that its success owed much to the long-time residents of Alexandria, who encouraged others to look beyond the unchanged exterior.

“It has been one of those things that if you’re new to Alexandria, you wouldn’t be able to appreciate it like those who have actually lived and have been a resident of Alexandria for quite some time,” Story said. “It’s a very, very simple setup they have there, they focus on the food, the exterior is not so much what they focus on and I think because of that a lot of people probably didn’t go in there on their own, but people who lived in Alexandria who know what they can expect there and the food, they enjoyed it and would tell their friends.”

Story added that with the amount of change that Del Ray has undergone and will continue to undergo in the coming years, Al’s Steakhouse remains a cornerstone of the community.

“If it wasn’t for businesses like his, we can pretty much be rest assured that Del Ray would not have been [at] the top [of]residential home purchases in the nation as it was earlier this year,” Story said.

Even when undergoing chemotherapy for lung cancer, Severson continued to work at Al’s Steakhouse as much as his health would allow, something Miller said made him stand out.

“The guy was amazing,” she said. “He was just amazing. He put everybody else first and himself last.”

Severson is survived by his son John, daughter and son-in-law Lisa and David Swales and their three children. He is also survived by his sister Mary Anna Severson, his brother Arthur and their families. A funeral service was held last Friday at Blessed Sacrament Church, with a celebration of his life to follow at a time yet to be determined.