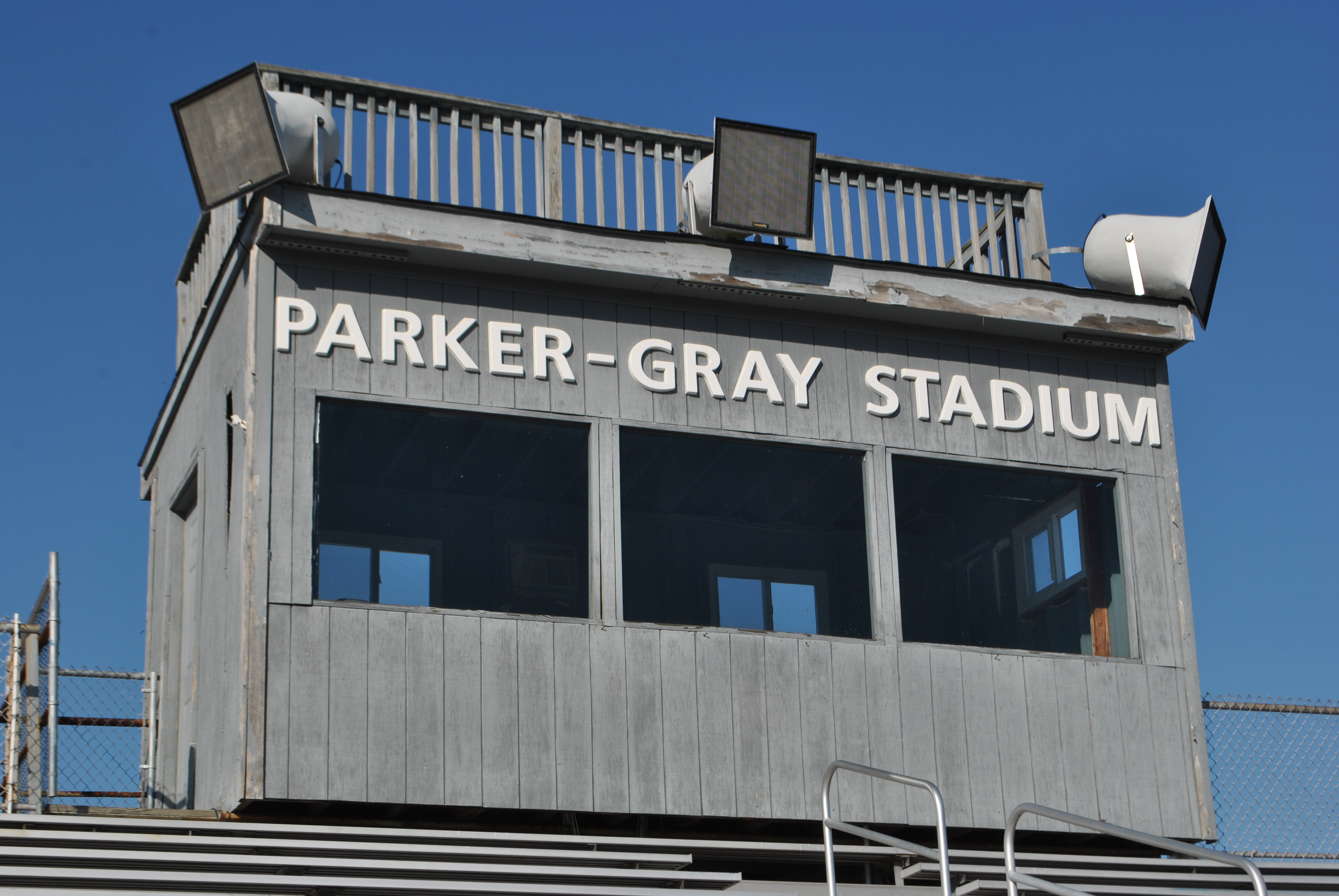 As the players, coaches, parents and boosters of T.C. Williams prepare for another high school football season, there stands a structure at the top of the bleachers at Parker-Gray Stadium deemed unsafe for use by Alexandria City Public Schools and locked: the stadium’s press box.

Not just a workspace for reporters covering games at the school, the press box has a number of other functions during football season for teams and coaches, and some of those involved with the Titans program are displeased, erroneously accusing the city of condemning the structure.

A report prepared for ACPS in September 2014 and provided to the Times states that the bleachers and press box suffer from a number of structural deficiencies in the foundations and steel framing supports. The report goes on to say that a number of bolts that attach the steel frame to the foundation have corroded, while cross-bracing has also been damaged, likely by vehicle damage.

Schools spokeswoman Helen Lloyd said the press box was used during the 2014 football season only by the stadium clock operator and ACPS principal on assignment Mark Eisenhour, who acted as the announcer that season. She said when the report was sent to the school board for approval, Superintendent Alvin Crawley immediately took the decision to close the press box on safety grounds.

A temporary press box was purchased and put in place during the spring sports season. City spokesman Craig Fifer said that no citations against the press box under city code were found, and so it has not been officially condemned. T.C. Williams athletic director Steve Colantuoni declined to comment.

ACPS has set aside $70,000 in the 10-year Capital Improvement Plan budget to replace the press box, as part of wider improvements to the stadium that will include a new turf field, renovations to the bleachers, the possible installation of floodlights and improvements to the concessions options. According to a quarterly project status report dated May 14, 2015, $21,070 has been spent to date on the temporary press box, with $13,140 in open purchase
orders.

That temporary press box is set to be wheeled into place ahead of the Titans’ first home game against Westfield on September 19, according to ACPS officials, and will be stationed behind one of the end zones. But given the unique nature of football, some connected to the problem say the temporary structure and its location will cause more problems than it solves.

“The opposing team’s coaches are in the press box, they need to be in the press box to call plays,” said Titans football booster Andy Hall. “One of the really tough things is as an offensive play-caller, you need to be able to see from up there and you’re radioing down to the field what the [defensive] coverages are, which is a huge part of the game. Right now, our football minds don’t see how that’s going to be good at all. Even just running the play clock, your ability to see if it’s at the other end from the end zone and the referee’s trying to stop the clock, the clock operator’s going to be challenged.”

In addition to its role in helping coaches from both teams, Hall said the press box being in such a dilapidated condition and unavailable for use sends the wrong image to visiting teams, especially as first-year head coach Marc Matthie and his assistants look to turn around the Titans program.

“I think there are two things going on here,” Hall said. “There’s the mechanics of the game, and then there’s the embarrassment when other schools come over. We went to [H.D. Woodson High School] the other day and played, and looked at their press box, and it was state-of-the-art. We come here and we look at ours and it’s [closed], you can’t even get in it.”

The condition of the press box came up for discussion at a work session of the Alexandria City School Board in January 2014, as part of a presentation and question-and-answer session with then-director of educational facilities William Finn. He said at the time he was uneasy about the press box’s use during the 2013 season, when it was still fully operational.

“I will tell you, I’m very concerned about the safety of the current press box,” Finn said. “I think we took a huge, all capitals, underlined, bold, italicized risk using the press box.”

In response, school board member Justin Keating questioned why the box was used at all when it has been deemed unsafe, and that any discussion about a new one should not preclude the old structure from being closed.

Finn noted at the work session that the T.C. Williams Boosters and the football team’s booster club raised $30,000 towards a new press box, and that Alexandria-based Simpson Commercial Real Estate Services had designed a new one. Finn added that the cost would total closer to $100,000. Donald Simpson, Jr., president of Simpson Development Company, Inc., did not return requests for comment.

Money also is provided for floodlights at Parker-Gray Stadium, and Hall expressed concerns that with the ongoing debate about their installation, it is possible that the package of improvements could be delayed, in spite of ACPS promises that the renovations would be complete in approximately three years.

“Are we sure that we’re going to do these capital improvements in three years or is that just a maybe?” he said. “Does this turn into five years? Then you’ve got the problem of having three bad years here for the kids involved, it just doesn’t sit well with us.”