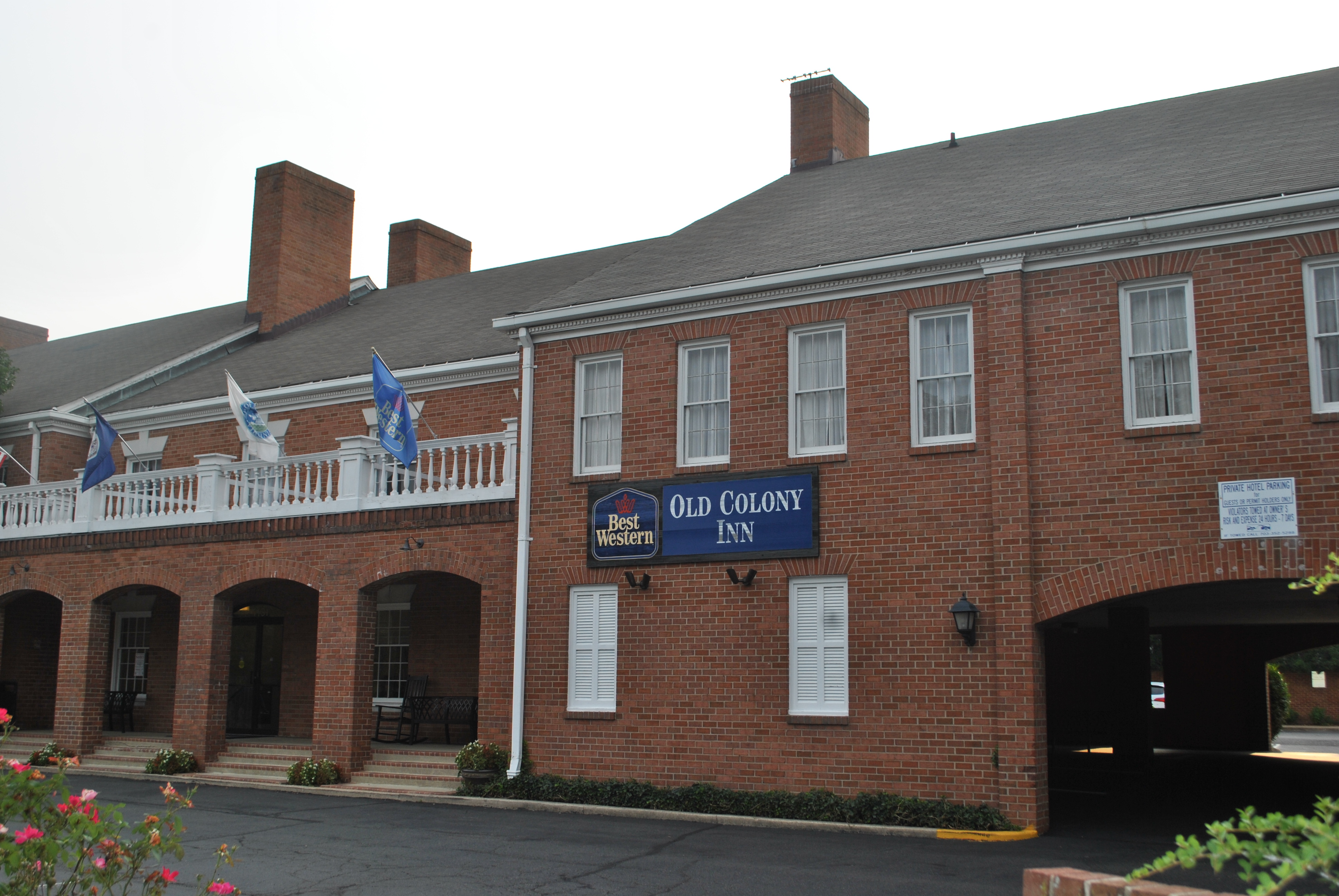 As the redevelopment of North Old Town gathers pace, the Old Colony Inn next to the George Washington Memorial Parkway has become something of a battleground for neighbors as they fight against the hotel’s expansion.

Currently a Best Western, managing partners Rebecca Pelino and Stephen Bannister of CIA Colony Inn LLC have proposed adding two additional stories to the two-story building and open a 40-seat restaurant with a 20-seat meeting area that can be incorporated into a general eating space of 60 seats. The expansion would increase the number of rooms available from 49 to 104, without increasing the 69-spot parking lot.

The pair are also looking at the possibility of another hotel brand — Hilton, Marriott and Choice, among others — taking over the property.

The proposal went before the Board of Architectural Review for the second time Wednesday night for a work session after the Times’ print deadline. But at a community meeting Monday at the Old Colony Inn, neighbors voiced significant concerns with the current plans, even after modifications were made following previous community meetings and a BAR meeting in June.

At the start of the Monday’s meeting, attended by around 40 residents, development attorney Cathy Puskar said that in response to some previous questions, the hotel’s loading bay would be moved from the back to the front of the building and at least partially obscured from view by a six-foot wooden fence, large evergreen trees and other landscaping.

But some residents were skeptical of Puskar’s promise that there would be no more than five deliveries per day, while others wanted to limit the size of trucks passing through local streets on their way to the hotel, since the Parkway is unavailable for trucks. Puskar said she would look into and research their concerns.

The proposed restaurant also came in for criticism, with some going as far as advocating it be scrapped altogether. The restaurant would have a frontage on Second Street, and Puskar said the eatery would be necessary in the event of a different hotel brand taking over the operations.

“If you want a certain level of hotel like we want here, the expectation is you’ll have a restaurant,” she said. “Those higher-end, elevated [hotel] brands have restaurants attached to them.”

Puskar said the hotel would try to limit the restaurant’s hours to assuage residents’ concerns about noise and light pollution, suggesting that the location might stay open until midnight Thursdays through Saturdays but only until 11 p.m. Sundays through Wednesdays. She noted that the restaurant would bring the kind of activity envisioned in the North Old Town Small Area Plan, which is set to begin its review process this fall.

Later in the meeting, conversation returned to the restaurant, and its use by residents as well as hotel guests. But it still was met with opposition, and Puskar said it was something they would have to revisit.

“We thought the restaurant would be useful as a community amenity,” she said. “After meeting and listening to you all, perhaps we were wrong.”

The recently-concluded traffic and parking study also came under scrutiny, with Mike Workosky of Tysons Corner-based transportation consulting firm Wells & Associates presenting the group’s findings after examining the use of on-street parking spaces and several highly trafficked intersections near the hotel’s location.

Workosky explained the methodology the firm used to draw its conclusions, based on city guidelines, counting the number of cars passing through intersections on a random day and then extrapolating their findings to take into account the expansion of the hotel’s available rooms.

The firm found that during peak hours, based on a 100-percent occupancy rate of the hotel and the rise of surrounding redevelopments like the former Giant at 530 First St., the expanded hotel would add 30 extra car trips between those going north and south. The firm did not include any Slaters Lane crossings in their investigation of nine intersections, but said that an “acceptable level of service” was still found on the surrounding roadways.

Workosky and his colleagues found a total of 158 available spaces on the streets around the hotel site, of which a maximum of 115 were occupied at 10 p.m. on a weeknight and 116 at 10 p.m. on a Saturday evening, based on the company’s count of cars occupying on-street spaces each hour.

Those findings drew the ire of some residents, who criticized the report’s findings — which they and city staff only had received August 28 — arguing that the study should be delineated into a block-by-block analysis and take into account the differing character of certain streets. Puskar and Workosky said they would re-examine the data and provide additional clarifications, or even undertake a new study if necessary.

The plan returned to the BAR on Wednesday for a work session, and likely will come before city council later this fall.