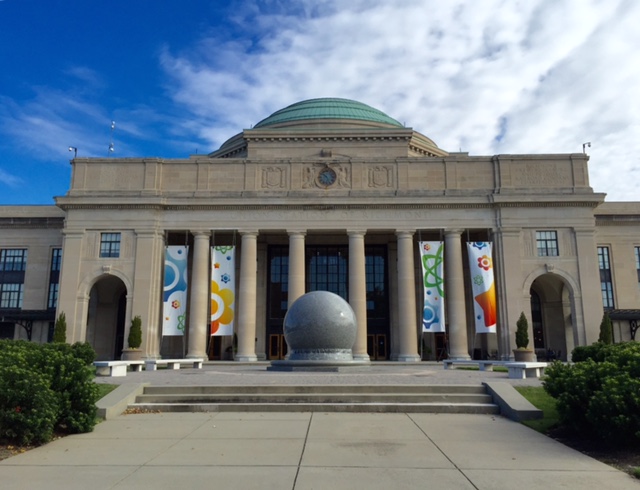 Richmond is getting a lot of ink from across the country as it blossoms into a desirable destination for seasoned travelers. On a return flight from Ireland last month I was seated next to a young German headed to Richmond for the nine-day UCI Road World Cycling Championships. He wasn’t a journalist, or even an athlete (for emphasis he patted his expansive belly), but this was his first trip to America and he was off to Virginia’s state capital for a world-class sporting event.

Change comes quickly to a place when creative minds are firing on all cylinders. Richmond’s renaissance began in fits and starts in the 1980s with the careful restoration of historic portside factories into airy lofts, galleries and restaurants. Today, young entrepreneurs have seized on the affordable rents for their fledgling businesses and the city has exploded with new life.

Even the film industry is onto the stunning architecture of this historic city. Stephen Spielberg’s epic drama “Lincoln” was shot here, as was the soon-to-be-released PBS Civil War drama, “Mercy Street.” This is not your buttoned up southern city anymore.

Once seedy Broad Street is humming with new activity, in part due to the more than 31,000 students attending Virginia Commonwealth University, located in the heart of the city. And now formerly overlooked neighborhoods like Church Hill are grabbing the spotlight. Across the city, the trend shows no sign of slowing down as historic buildings are preserved and rehabbed into stunning contemporary living spaces.

New restaurants open every week — some doing tasty riffs on southern classics, others drawing on exotic cuisines. Many pair their food with Virginia wines or any of the 13 Richmond-area microbreweries. Next year, California-based Stone Brewing Company will open its eastern U.S. brewery operations and World Bistro & Gardens along Gillies Creek in the historic Fulton Hill neighborhood.

Maymont, a 19th century mansion and estate, offers 100 lush acres of breathtaking gardens, a nature center, and a Romanesque Revival-style manor house chock-a-block with Victoriana reminiscent of the Gilded Age. Take time to stroll through Japanese, Italian and Victorian gardens or ride a horse-drawn carriage through magnolia-lined allées.

Ranked No. 2 among America’s Best Public Gardens, Lewis Ginter Botanical Garden features themed gardens including the children’s garden, healing garden, rose garden and Victorian garden and the South’s most magnificent domed conservatory filled with hundreds of exotic specimens. Both are part of the Richmond Garden Trail, along with six other sites.

Along with more than 33,000 works of art from around the world, the Virginia Museum of Fine Arts houses a collection of beautiful Fabergé jeweled eggs. “Rodin” arrives in late November with over 200 works from the Musée Rodin in Paris.

The Virginia Historical Society features a fascinating and comprehensive collection of Virginia history from 16,000 B.C. to the present. Opened this month, “Dressing Downton: Changing Fashion for Changing Times” features 36 costumes from the popular series, “Downton Abbey.”

The Valentine Museum tells the story of Richmond’s early history including the women’s suffrage movement, the slave trade and civil rights. A current show, “Classical Allure: Richmond Style,” features select gowns and artifacts from their costume and textile collection of more than 40,000 pieces, the largest of its kind in the South.

Science is cool at the Science Museum of Virginia. Housed in the grandiose former Broad Street Union Station, designed by architect John Russell Pope in the neoclassical style, the museum features interactive exhibits on space, health, electricity and the earth. A new exhibit, “Alien Worlds and Androids,” highlights early TV and film robots up to present day outer space heroes. Be sure to check out the 76-foot dome theatre — the largest screen in Virginia.

Stroll Cary Street for cute shops: vintage clothing at Bygones; gifts and more at Mongrel; and great consignment shops such as Ashby and Clementine.

For breakfast, visit Sub Rosa Wood Fired Bakery in Church Hill, where a brother-sister team, Evrim and Evin Dogu, use a German-made mill to grind organic flour to bake into their crusty breads, yummy cookies and rustic tarts served on eclectic plates from Tree Hill Pottery in Richmond.

If you’re looking for a brunch spot, Sunday Champagne Brunch at The Jefferson Hotel is prepared by Chef Patrick Ehemann and served in the Rotunda lobby. It is the pinnacle of southern haute cuisine. Be sure to try the souffle-inspired spoon bread. Reservations are recommended.

Tucked into a residential neighborhood, Stella’s serves modern Mediterranean and Greek dishes for lunch. The Savory Grain offers New American comfort food with a large selection of microbrews and craft beers, while Can Can Brasserie, a perennial favorite, serves French-inspired cuisine in Carytown.

Luxuriate at the Jefferson Hotel; the queen of American Beaux Arts hotels, this opulent jewel of an historic hotel has cut the number of their rooms down, turning the remaining guestrooms into expansive suites. For the ultimate stay, book a grand premier suite, which features a lavishly appointed marble-tiled bathroom with a television invisibly incorporated into the mirror, soaking tub and separate dressing room.

The new kid on the block is Quirk Hotel and Gallery. Recently opened and lovingly restored, this boutique hotel had a former life as a swanky department store. Sip handcrafted cocktails on the rooftop terrace.

On November 13 from 7 p.m. until midnight, revel in InLight Richmond. Organized by 1708 Gallery, enjoy a free, public exhibition of light-based art and performances to be held at the Virginia Museum of Fine Arts. Watch the Community Lantern Parade along with performances, sculpture, video, and interactive projects that illuminate pathways, walls, sidewalks, green spaces, trees, benches, building facades and more, in and around the VMFA campus.

Experience a dazzling 30-acre light and botanical display of magical, whimsical water events. Stroll through twinkling “rain storms” as crystal raindrops and fluffy storm clouds float overhead while you marvel at a thunderstorm of lights. In the conservatory, you’ll see a wintry wonderland, rainstorms and rainbows and even a tropical rainforest.