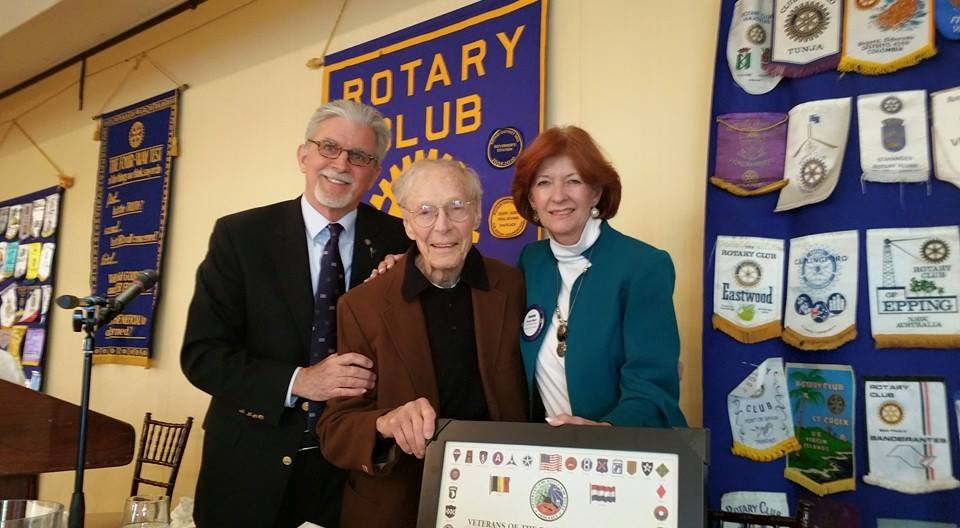 He fought in the Battle of the Bulge during World War II, then spent 45 years as a pediatrician in the Alexandria area. Robert Kenneth Wineland, known as “Dr. Bob,” died September 20 after a brief illness. He was 91.

Wineland was born July 15, 1924 in the Congress Heights neighborhood of D.C. and attended George Washington University until 1943, when he joined the U.S. Army to fight in World War II. He was sent to Europe as a company medical aid man with the 106th Infantry, and saw his first action in the Battle of the Bulge.

He returned from the war and graduated with his M.D. in 1951, then married Stuart de Murguiondo of Alexandria. Wineland completed his pediatrics residency at the University of Colorado in 1955 before returning to Alexandria.

Wineland practiced at the old Alexandria Hospital at the corner of Duke and Washington streets, and was for years the only pediatrician between Alexandria and Fredericksburg. In 1959, it was announced the hospital would move to the West End, so Wineland and his colleagues tried to garner support for a new hospital in the Mount Vernon district.

He was named the first president of the medical staff when the INOVA Mount Vernon Hospital opened on October 26, 1976, having also treated children on medical mission trips to Algiers, Algeria and Honduras as a volunteer with CARE-Medico and Catholic Relief Services.

Wineland also was a medical staff member at all of the major hospitals in D.C. and Northern Virginia, including time as an assistant clinical professor at Georgetown Medical School and as a board member of the Fairfax Hospital system.

He retired from medicine in 2000, but then served for seven years as a volunteer at the Carpenter’s Shelter medical clinic. In 2008, he was awarded the Flora Krause Casey Public Health Award by the City of Alexandria. Wineland was also an active member of the Alexandria Rotary Club for more than 25 years.

Wineland is survived by his wife of 64 years, Stuart, four children and seven grandchildren. A memorial service will be held Saturday at St. Paul’s Episcopal Church.