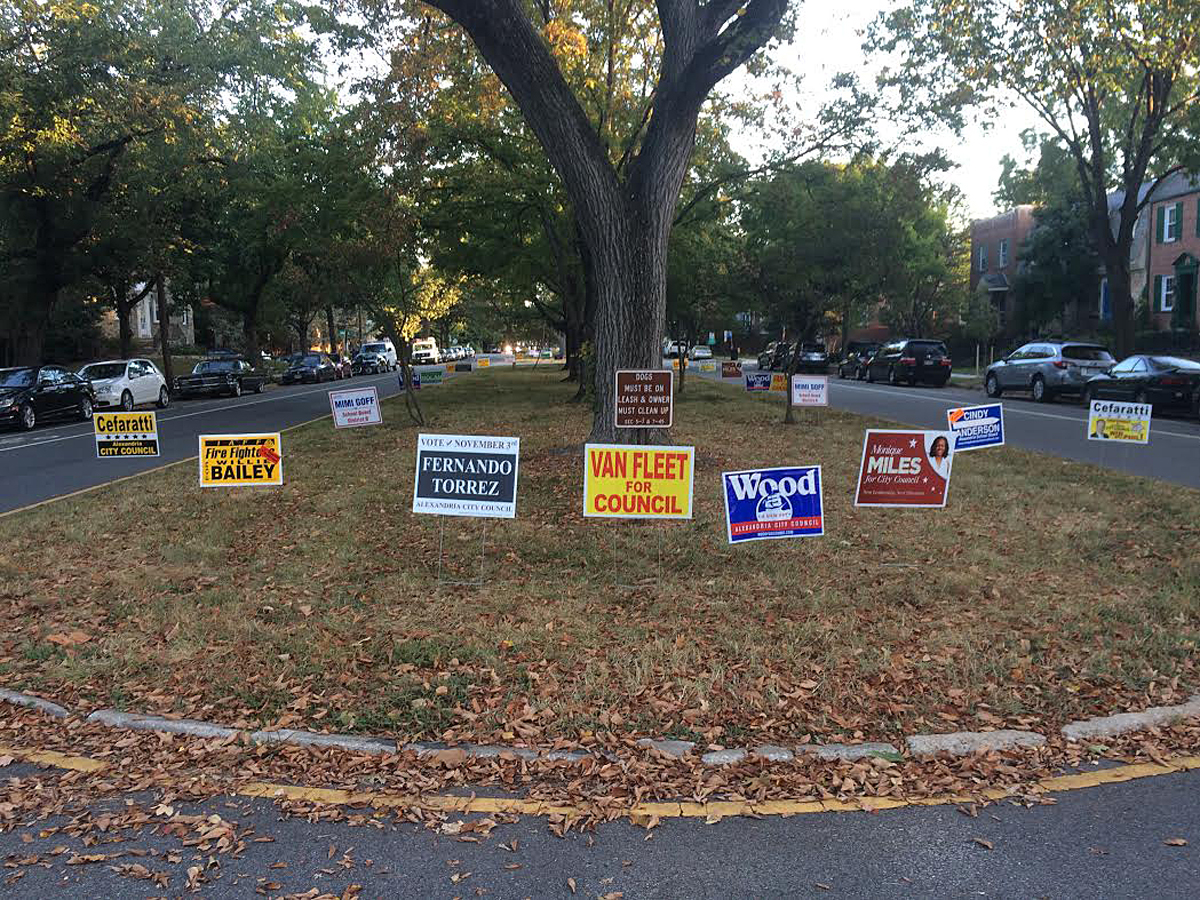 Throughout his campaign for city council, Republican candidate Townsend “Van” Van Fleet has said the city must do more to fill its vacant office space, which currently stands at approximately 13.5 percent.

He lays the blame for that vacant office space and lack of commercial development at the doors of two organizations: the Alexandria Economic Development Partnership and Visit Alexandria. Van Fleet said he believes neither pulls their weight.

In an interview last week, Van Fleet accused both organizations of not doing enough to foster commercial development in the city, although he stopped short of saying they should cease operations outright.

“I think that we put $3 million into their coffers every year, and they do some good work,” he said. “However, in my opinion they’re not bringing in a lot of business development and increasing the revenues in the city, and that’s what I support. Between AEDP and ACVA, we need development. We’ve got 13.5 percent of our commercial space vacant, so we’ve got to fill those up. We’re better, but my goal is to bring that down to zero.”

In 2011, Van Fleet expressed that view in a letter to the editor published in the Alexandria Gazette, entitled “Who’s Running Work Group?” In it, he criticized both bodies.

“[The] Alexandria Convention and Visitors Association and the Alexandria Economic Development Partnership, two public-private partnerships, should be defunded,” he wrote. “Paying these two zero-producing entities to continue their non-citizen friendly operations is costing us over $5 million a year. Both of these operations could be replaced at one-fifth that cost or less.”

In response, AEDP pointed to the success it has had in helping attract the likes of the National Science Foundation and the U.S. Transportation Security Administration to the city, something it says is particularly noteworthy given its annual budget of $1.9 million, compared to equivalent bodies in D.C., Fairfax, Arlington and Prince William counties,
who have annual budgets of $45.7 million, $7.6 million, $11 million and $2.5 million, respectively.

“AEDP’s core work is focused on attracting and retaining businesses to the city of Alexandria in an increasingly competitive region,” said AEDP board chairman Chris Hartman. “Our efforts over the last three years have yielded great things for Alexandria, including a very low retail vacancy rate in Old Town and Del Ray and the attraction of two high profile federal agencies, NSF and TSA. The NSF lease will generate $50 million in real estate taxes over the 15-year lease term, and $99 million annually in ongoing direct and indirect benefits.”

The organization also pointed to the growth of small business in the city, and the role it plays in aiding that process.

“While the big deals garner great attention, growing new businesses from within is also an important part of our strategy — last year we supported the expansion of our Small Business Development Center program with the creation of Capitol Post, an incubator and support services for veteran entrepreneurs,” Hartman added. “At the end of the day, AEDP’s goal is the city’s goal: that Alexandria continues to have quality development and redevelopment, support for local businesses and a strong, diverse and growing local economy.”

Officials with Visit Alexandria declined to comment. But its annual report released last week including figures from the Virginia Tourism Corporation shows the body’s impact. At the end of fiscal 2015, visitors to the city spent approximately $754 million and generated $24 million in tax revenue for Alexandria. This spending supported more than 6,000 jobs and saved each household approximately $300 in taxes, according to the VTC.

In addition, based on its advertising figures, Visit Alexandria appears to be getting a strong return on investment. The annual report says that for each dollar spent by the organization in advertising revenue, the city makes $171 in visitor spending and $6 in local tax receipts, from a body with a budget of $3.57 million in Fiscal 2015. Van Fleet declined to comment on the numbers, stating that he had not seen a full breakdown.

In that same 2011 letter, Van Fleet advocated for boycotting any city business that favored the waterfront redevelopment plan, a position he said last week that he disavowed. But he criticized the pace of redevelopment along the waterfront and accused the city of pushing as much through as possible before Election Day, especially at Robinson Terminal North.

“They’re trying right now to approve all these before the election, so if they don’t get re-elected, which I’m betting a number of them are not, they’re trying very, very hard to approve all these developments,” he said. “They’ve already got the hotels approved, and the buildings are locked down so they’re working on that now. The boat club is about ready to break ground in a month or two; Robinson Terminal South is in the final throes of approval,
and Robinson Terminal North — they’re accelerating that thing through the process too.”

That was a view raised by several who testified at a public hearing before the planning commission on October 8. In response, commissioner Mindy Lyle said she was “taken aback” by those accusations, saying that the two years of discussion and negotiations at various levels were more than adequate.

With Election Day less than three weeks away, those development discussions will continue in the weeks ahead.