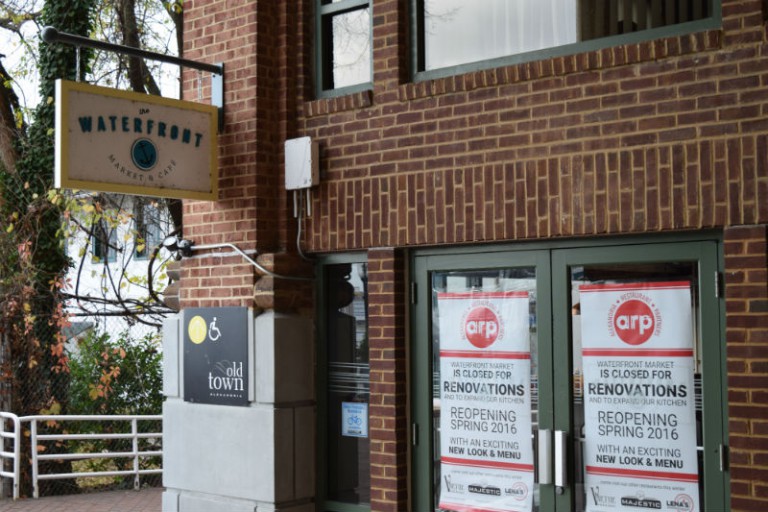 When Jody Manor opened the Waterfront Market at 101 S. Union St. in 2013, he believed that development at the waterfront would continue to be restricted by the uncertainty around the Old Dominion Boat Club’s property, which prevented some public access and obscured views of the Potomac River from the eatery’s site.

Two years later, and after the city finally reached a deal to swap land in return for the clubhouse after threatening to use eminent domain, the waterfront is set for a slew of new development with the recent approval of projects at Robinson Terminal North and Robinson Terminal South, among others.

With that in mind, Manor felt the time was right to upgrade the market, which served sushi, sandwiches and other foods in a fast-casual setting. He sold a majority stake to Alexandria Restaurant Partners, which owns local restaurants Virtue Feed and Grain, the Majestic, Lena’s Pizza and Palette 22, which is due to open in Shirlington next year. The group also owns eateries in Georgia and Florida. Manor will remain a partner, but will step back from day-to-day operations. His ownership of Bittersweet Bakery and Cafe is unaffected.

“I just started thinking it needs to be a different concept, because it’s going to be an entry-point for the city,” Manor said last week. “That’s the business I know — food service — and I think there’s a demand for that down there, because everything is sit-down, full service and there’s not much really for families down there.”

To prepare for the new restaurant, anticipated to open in May 2016, the Waterfront Market will be closed for renovations this winter, which Manor said will include an expansion into the Amanda Khalsa Jewelry store next door. It is anticipated the yet-to-be-named eatery will focus on seafood, with a takeout operation and raw food bar.

“ARP is excited to partner with Jody Manor on this project,” said ARP managing partner David Clapp in a statement. “Jody was an early believer in the potential of the waterfront to be a vibrant gathering place. Now with more public space coming soon, the potential is even greater. We look forward to creating another unique, fun concept for locals and tourists to enjoy the waterfront on King Street.”

And with ARP looking to expand operations, Manor said the agreement is mutually beneficial, especially with plans in the pipeline to make the waterfront more appealing during the colder months and encourage greater foot traffic.

“It was a good opportunity to align with them in that regard, and we’ve had a lot of discussions about the concept and what works down there and what needs to be improved,” Manor said. “If we get all that stuff, if we get an ice skating rink in the winter, that will make an enormous difference. It’s really tough to run a business in the winter down there. That would really give people reason to go in the winter.”

Having served on the waterfront commission and the Old Town Area Parking Study work group, Manor is adamant that traffic congestion and the lack of parking near the waterfront can be resolved by making the garages more attractive to visitors and by stopping all vehicular traffic at the intersection of King and Union streets except for the King Street Trolley. That would also make the area more welcoming for pedestrians, especially if the street bed is raised to slow down bicyclists and make the area safer.

“I’ve done three turns on OTAPS, and the biggest problem is human nature,” Manor said. “We have lots of capacity in the garages, but people see parking on the street and they want that. It’s free, or they perceive it as free. They’ll drive around and around looking for a free space. If you look at the studies, there is lots of capacity in almost all the garages.”

Moving forward, Manor plans to stay involved in waterfront issues, and said he is in the early stages of looking into a public-private partnership to support the waterfront park when it opens. Having grown up in the city and seen the changes so far, he feels the potential for further growth is enormous.

“I look at a future where the river is the thing that connects people, whether it’s through ferry service or because of my background chairing [Visit Alexandria], from a visitors’ standpoint you can come here and go to the casino, outlet mall, to Georgetown, to a baseball game, to Old Town, it would be pretty cool,” he said. “You wouldn’t need a car to really get around.”