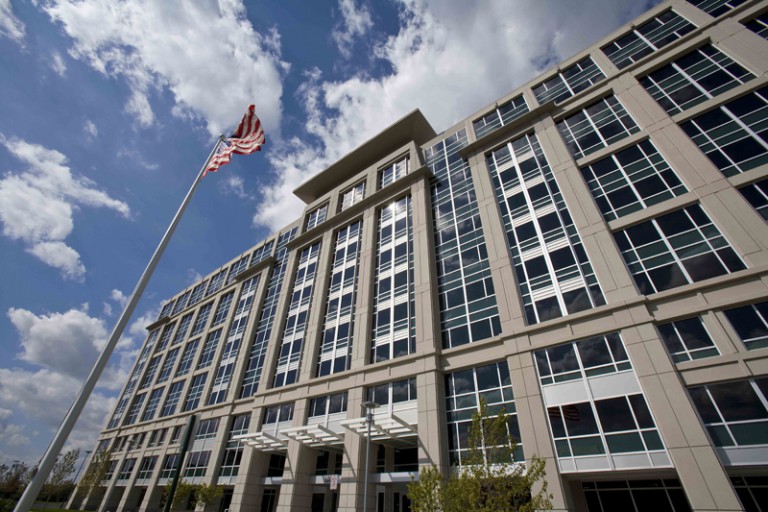 Just three months after the city’s successful bid to bring the U.S. Transportation Security Administration to the Victory Center at 5001 Eisenhower Ave., a federal judge voided the agency’s lease on November 12.

Judge Charles Lettow of the U.S. Court of Federal Claims ordered the lease void in a sealed ruling, so it was not immediately apparent what legal issue led to his decision.

It comes after a lawsuit was filed by Boston Properties Inc., the owner of a property in Springfield, Va. that lost out on the bid, against the General Services Administration and the Government Accountability Office. The Washington Business Journal first reported on the suit and the judge’s decision to void the lease.

“It’s certainly not good news,” said City Councilor Justin Wilson. “We have to wait until the judge’s ruling is unsealed to understand the ins and outs of it all, but it’s obviously not good news and we’ll wait and see.”

While the verdict is sealed, the Journal obtained a copy of the initial lawsuit through a Freedom of Information Act request. In a September 25 filing, Boston Properties alleges the government dismissed environmental issues that were discovered. GSA also was accused of relaxing several other requirements in the solicitation, including proximity to Metro, the maximum lease award size and contingencies in the rental rate that depended on city council passing a tax-break package that had not been approved when GSA announced its selection.

Neither Boston Properties nor the GSA responded to requests for comment, while Prudential Real Estate Investors Inc., the owner of the Victory Center, declined to comment.

Robert MacKichan Jr., a partner at law firm Holland & Knight, which specializes in federal leasing issues but is not involved in this case, said the decision sets a precedent for future procurement legal challenges.

“If the U.S. Court of Federal Claims has confirmed that they do have the right to declare a GSA lease void of an issue, then that changes the entire landscape for the way unsuccessful bidders challenge the actions of GSA,” MacKichan said.

Typically, unsuccessful bidders file lawsuits with the GAO, which can only make recommendations, as it is part of the legislative branch of the federal government. In the past, the GAO has said that since GSA leases do not contain a termination for convenience clause, they cannot recommend that officials rescind a fully executed lease, even if irregularities are found. A Termination for Convenience clause allows the government to terminate a contract for goods and services whenever it pleases.

GSA’s policy is not to inform bidders who are unsuccessful until after the lease has been fully executed with the winner. That means any GAO bid protest may only succeed in securing the loser an award of costs for the protest and the preparation of its proposal under the procurement process.

MacKichan believes there are three possible avenues for GSA to go down: re-evaluate the proposals in light of the court’s findings, amend the Request for Lease Proposals that solicits bids, or cancel the entire process and start anew, which would push back the awarding of the TSA headquarters. The lack of information about the court’s rationale for the decision means it is hard at this stage to draw definitive conclusions.

“We don’t know the basis by which the court declared this to be void,” MacKichan said. “Can it be corrected by simply going back and re-evaluating the proposals, reconsidering the proposals? Maybe. But the GSA, if they do that and award [the project] to someone else, I would suspect they’ll get a protest from someone else.

“They have to be very careful which of those alternatives they select, because I would imagine they want to be certain the next time they make an award, it sticks.”

The public version of the judge’s decision may not be released for some time, while attorneys for the various bidders prepare redacted versions of their proposals. But since there is the possibility that any party, including the government, can appeal the decision, Alexandria officials have not given up hope.

“If it’s something that is fixable or remediable, it’s possible that [it] could be fixed and the lease could be signed,” said Stephanie Landrum, president and CEO of the Alexandria Economic Development Partnership. “I think it’s very likely there will be continued legal recourse. We are not at a point where we are assuming that TSA is not moving forward; we are waiting for more information.”

It also throws the future of the Victory Center into doubt once more, even after city council on Saturday approved the Eisenhower West small area plan, of which the TSA remains a key component.