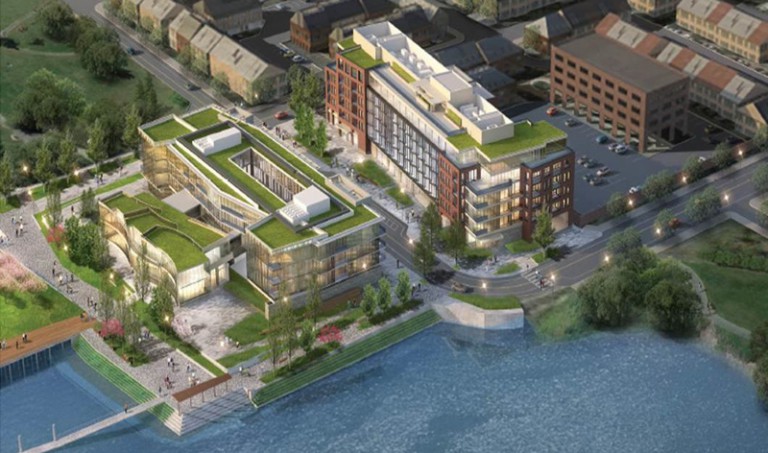 To the editor:
At the city council hearing on Robinson Terminal North last month, I fell through yet another cosmic bunny hole at City Hall. To wit:

The introductory briefing on the project I took to be from the developer. Only after someone told me did I realize that city staff had made the presentation. They used words like “celebrated,” which is hardly objective.

Robinson Terminal North’s proximity to the eastern terminus of the King Street Trolley was repeatedly misrepresented as a “couple blocks,” in a staff effort to justify the developer’s request for a waiver for city-required on-site parking for four restaurants. Where I grew up, “a couple” meant two. Only after questioning by Vice Mayor Allison Silberberg did the truth emerge: five blocks.

Only after pressure from the vice mayor did staff utter the word “arsenic,” the presence of which at the site had been obfuscated all afternoon. Approximately 5,000 truckloads of arsenic and other chemical-laden soil will be trucked from the site through Alexandria’s residential neighborhoods and the haul routes of other municipalities. The soil also contains lead and petroleum byproducts, at a minimum.

Neighbors pleaded for barging, but staff recommended trucking, due to the “cost differential.” The developer added, “On any project a developer has to fund, it’s all about the entire cost.”

Talk at the Ad Hoc Waterfront Construction Monitoring Group, a resident-city entity, was spun by staff to indicate the group’s approval. That’s not what I’ve observed at every one of its meetings.

Multiple missteps and “growing pains” at the Carr hotel site are being used by the city as “lessons learned” to “get it right” at Robinson Terminal North. It seems to me a city chartered in 1749 would have pretty much gotten it right by now. The city is now looking at “staffing recommendations” to try and monitor development properly.

Multiple violations of the city’s own waterfront plan were pointed out by residents in the areas of parking and architectural context, to name a couple. But the developer invoked the same waterfront plan as a guiding light, and staff talked of compliance with the plan. Guess who council listened to?

At this hearing, citizens spoke unanimously against the project for multiple, valid reasons, but council approved it. It is quite clear living here for 16 years and from at least three years of fairly close City Hall observation that development and developer profits trump the safety, welfare and concerns of Alexandria residents, and the character of the third oldest historic district in the United States. City council, staff and appointed boards and commissions side with the developers against the will of the citizens in almost every instance.

If you’re sitting near properties that can be developed or redeveloped, you’re next.