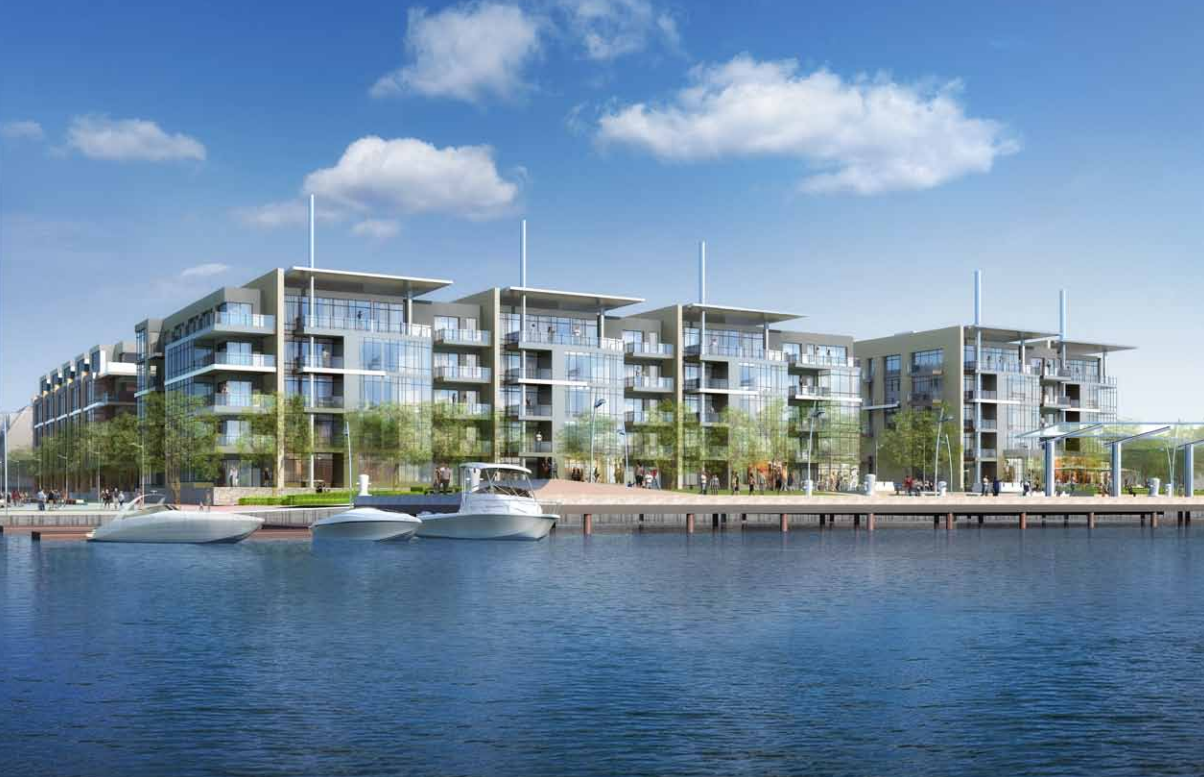 After several hours of public testimony and discussion that became quite tense at times, city council voted to uphold the Board of Architectural Review for the Old and Historic District’s decision to issue certificates of appropriateness for several of the buildings that make up the Robinson Terminal South development project at 2 Duke St.

Vice Mayor Allison Silberberg voted against the three separate motions to reject the appeals, and City Councilor Paul Smedberg joined her in voting against one of them. Two motions passed with a 6-1 margin, while the third passed 5-2.

Two separate appeals were filed against the approval of new townhouses at 2 Duke St. and against buildings No. 1, No. 2 and No. 3 by Old Town residents, who argued the developments do not conform with a section of the city’s zoning ordinance. Not contested were the previously approved permits to demolish, alterations to the historic warehouse at 2 Duke St., site elements and the historic interpretation plan.

City council approved the proposal by developer EYA in April by a margin of 5-1, with Silberberg the lone dissenting vote and Smedberg absent from proceedings.

In councilors’ discussions, Silberberg raised concerns about the look of the proposed developments, and said they were not in keeping with the look and feel of the historic district. She cited several close votes by the BAR on architectural aspects of the project in arguing that the project should be sent back to the body with instructions to make the buildings and waterfront views more compatible with what is currently there.

“We’re faced with a situation where our own BAR on one of the votes is 4-3, and another 5-2, and one other 6-0,” she said. “Just because we work hand in glove a little bit more with EYA with regard to the look and the refinements or whatever you want to call it, it’s not about a victory or whatever, it’s just a refinement. Sending it back to the BAR, that’s their job to continue to refine and make things better.”

Silberberg’s motion to ask the BAR for further modifications did not receive a second and so was not put to a vote. City Councilor Justin Wilson then proposed a motion to accept the BAR’s approvals on the grounds that the structures are consistent with the Old and Historic District, the reference to commercial character is historically accurate and that the development enhances waterfront accessibility, among other reasons.

Smedberg suggested an amendment to include language narrowing city staff’s ability to further refine the plan as it stands. Wilson accepted the change after Smedberg raised concerns that continued changes would undermine the project as it was previously approved and leave it open to the developer using value engineering in its selection of materials.

Public testimony attracted many familiar advocates both for and against the waterfront development, with several individuals noting their agreement with Silberberg’s opinion that the project is not in keeping with the heritage of Old Town.

“This is another condo and restaurant complex so at home in some suburban faux-town center, but so pedestrian and out of place at the foot of our most historic street,” said resident Bob Wood. “There’s nothing welcoming in the glass monolith crowding the waterline, and nothing accommodating of the public in the townhouse-centric warren of interior buildings.”

Four members of the BAR gave testimony and their divisions were apparent as two spoke in favor while two spoke against the project. Chairman John Von Senden and vice chairman Chip Carlin both said that while it was a difficult process of back and forth between the city and the developer, the results achieved are strong. But BAR members Wayne Neale and Margaret Miller disagreed in their testimony.

“When you look at the project, does it look like Old Town?” Neale asked. “Does it feel like Old Town? It’s really not there yet.”

Several people spoke in support of the project in its current form, emphasizing that while there will never be universal agreement on anything, the time is right to move forward and for the process of construction to be allowed to get underway.

“I’m concerned that we can’t delay this endlessly,” said resident Joan Huffright. “It’s time to move this project forward. There’s been no rush here. This has been years in the making and years of arguments and years of discussion.”

“I really do think this is a dead horse that has been sufficiently beaten,” agreed Robert Atkinson.

Council’s rejection of the appeals means the project can proceed in its current form, with demolition set to begin in the spring.