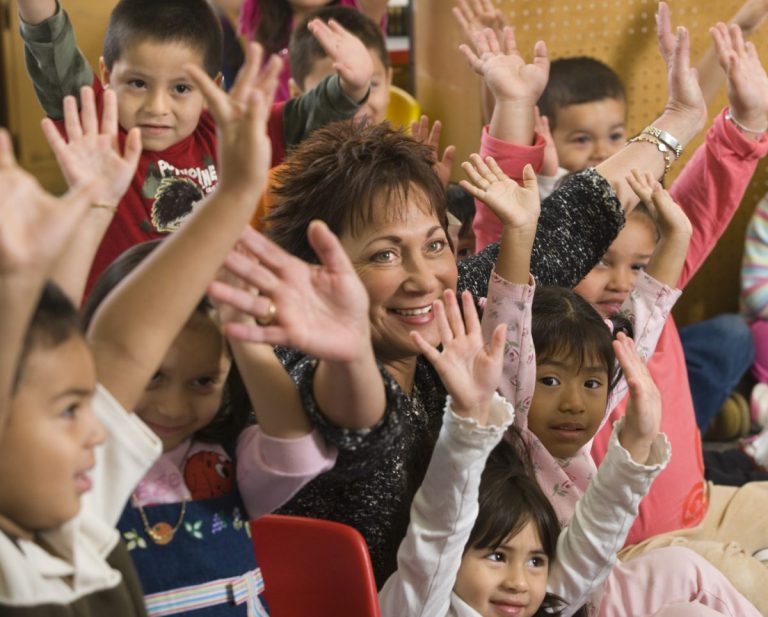 She founded and led a local nonprofit organization that educates more than 100 disadvantaged children each year and worked to provide programs beyond preschool services for over two decades. Barbara Fox Mason died September 4 at the age of 66.

Mason joined a group of women in one of the city’s lower-income residential communities to found the Alexandria Community Network Preschool in 1984. The organization has since been renamed The Child and Family Network Centers.

The organization started small — it began as one pre- school that served six children — but grew into a comprehensive model program accredited by the National Association for the Education of Young Children.

CFNC now serves around 130 disadvantaged children, who otherwise would be at risk for school failure, in Alexandria and Arlington each year at no cost.

“CFNC exists because of the fierce devotion she had to the children in the community and her desire that they get a strong start,” said current CFNC executive director Lissette Bishins in a statement. “There is no doubt that she forever changed many lives.”

Mason announced her retirement from CFNC as the organization’s executive director in 2010, news that was greeted with a great deal of sadness but also gratitude for her efforts.

“Not only did she create and then run the highest-quality preschool in the area, Barbara was constantly raising funds every year to support a $2 million budget,” CFNC board chairman Steve Nearman said in a statement at the time. “Yoarely find a person as dedicated to providing children and their families an opportunity to be successful in life. Our community has greatly benefitted from Barbara’s passion.”

“Barbara Mason will be remembered for her years of advocacy for children who face significant barriers to school readiness and her development of an award-winning, high-quality early childhood pro- gram that also addresses the social issues that often get in the way of children’s progress,” said Carol Farrell, director of the office for early childhood development in the city’s department of community and human services, in a statement.

CFNC moved its head- quarters to 3700 Wheeler Ave. on the West End in 2014 and hosted a ribbon-cutting ceremony that featured state Sen. Barbara Favola (D-31), a CFNC board member, as well as then-Delegate Rob Krupicka (D-45).

While at CFNC, Mason received personal recognition, including leadership awards from the Washington Area Women’s Foundation and the Alexan- dria Commission for Women for outstanding achievement in public education.

She also received the inaugural Excellence in Virginia Government Community Enhancement Award in 2005 from Virginia Commonwealth University’s Douglas Wilder School of Government and Public Af- fairs, and was named a 2005 Washingtonian of the Year by the Washingtonian Magazine.

In 2008 she received Alexandria’s Non-Profit Leader of the Year award and the Hometown Hero award from WETA.
She also was recognized on two separate occasions by Volvo America as one of America’s top 100 heroes out of 4,500 nominees in 2005; and was one of only five he- roes selected from Virginia as a semifinalist for the 2007 Volvo for Life Awards.