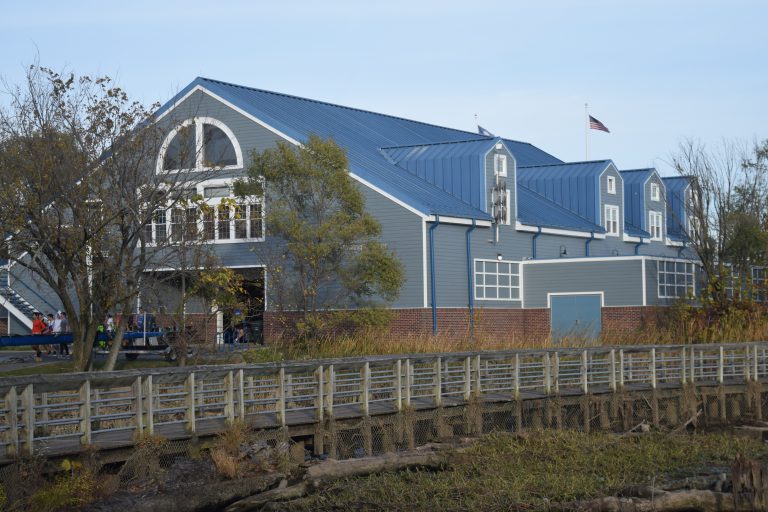 He helped make the T.C. Williams High School crew program one of the best in the United States, and spent nearly five decades as a rowing coach, including at the then-Francis C. Hammond High School. DeArcey “Dee” Campbell died October 18 in Daytona Beach, Fla. He was 91.

Campbell was born on September 28, 1925 to former Alexandria Police Chief William Campbell and his wife Charlotte. He attended George Washington High School and played football and basketball before graduating in 1944. He then joined the U.S. Navy and served until 1946, when he returned to Alexandria and began rowing for the Old Dominion Boat Club.

He also secured a job reading meters in Northern Virginia for the Washington Gas Light Company, where he spent the next 45 years and finished his career as a lead foreman with many crews under him.

But Campbell retained his love of rowing, and began as an assistant coach at Hammond High School in 1959, and ultimately was appointed head coach in 1967. Former Hammond rower Steve Weir was in his sophomore year and his first year on crew when Campbell became head coach. He remembers a coach who inspired his charges to use the last reserves of their energy on the water.

“Young high school guys, unless you’ve grown up on a farm or out in the woods, didn’t know the level of how far you could push yourself athletically,” Weir said. “Dee had a way of working you hard, and in a way that seemed really hard at the time but after the fact didn’t seem that bad.”

In 1971, Alexandria combined its three high schools — Hammond, George Washington and T.C. Williams — into T.C. Williams. Campbell went to coach the boys at T.C., and in 1975 he began coaching the girls program.

He led that team until 2005, during which time the program won a slew of trophies and regattas, including at the prestigious Stotesbury Cup Regatta, the Canadian Secondary Schools Rowing Association Championships and the U.S. national championships. During the 1990s, the T.C. Williams girls program was often ranked first or second in the country.

Beyond the successes, Weir remembers a coach that had a great deal of trust in his students. He recalled attending a summer rowing program run by ODBC, run by Campbell. But, Weir recalled, he would run the summer program by opening the boathouse, putting two people in a double boat and then going to work, placing a great deal of faith in the youngsters.

“He gave us access to these beautiful wooden boats and we knew if we didn’t take care of them, he would take care of us,” Weir said. “It was an understanding and a trust that to give to high school kids was unheard of and certainly couldn’t happen in today’s times.”

The Dee Campbell Rowing Center was built on the waterfront in North Old Town in 1986, and named after Campbell in 2006.