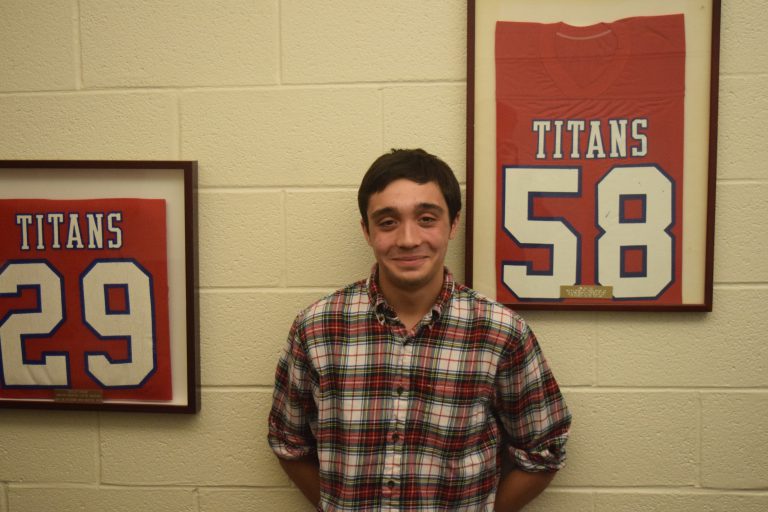 In the three days leading up to his postseason cross country races for T.C. Williams, senior Jack Mackey ate the same dinners, following what his father referred to as the “winning routine.”

Mackey would eat jambalaya pasta one night, spaghetti the next, then Chipotle, all leading up to his major races at the end of the cross country season. The routine paid off.

On October 26, he became the first Titans runner in program history to win a conference or district title, as he raced to glory in the Patriot Conference meet in Burke Lake, Va. with a time of 15:12 on the 5,000-meter course.

The following week, Mackey finished fourth in the Virginia High School League 6A North regional meet in Burke Lake with a time of 15:20, and then sixth in the VHSL 6A state competition at Great Meadow in The Plains, Va. with a time of 15:45, all in 5,000-meter events.

“To go out there and to win, it felt really great, especially to show I’m here to compete. I’m not just a T.C. runner who might get fifth or sixth at conference,” Mackey said. “I’m a T.C. runner who has a shot at winning, and who you should take seriously.”

It has been quite a change for Mackey, who said he initially took up running as a freshman at T.C. during the winter to stay in shape ahead of soccer tryouts. But after not making the cut, he chose to focus on running distance
track events and cross country instead. Mackey first made the Titans cross country team as a sophomore.

The strategy differs between cross country and track. As opposed to track, where competitors typically start in staggered heats, cross country runners are part of a single mass start and then run on different terrains and gradients before reaching the finish line 5,000 meters later. Mackey said he tries to assert himself early and get into the leading group, but ideally not lead as it can be mentally taxing to be the early pace-setter while everyone else can match your stride.

“I had the same mentality, but last year I think I went out way too fast a lot, so I’d waste a lot of energy in the first mile,” he said. “It was hard for me to balance this idea of going out and not being in front so I can hold back a little, but also not holding back too much and letting someone else I know is faster than me at the end take control of the race at the end. Traditionally, I like to go out a little quicker and then bide my time until the last mile.”

Mackey said he sometimes struggles with pre-race nerves, which are alleviated during the regular season and conference meets thanks to the presence of his teammates alongside his coaches and family.

At regionals and states, the senior was T.C.’s lone representative, but said the combination of self-belief and some strong relationships with fellow solo runners from other schools carried him through.

“This year, I went in and knew I had the ability to win,” Mackey said. “In my mind, I knew if it came down it I could win this thing. And I think that really helped me overcome the nerves, this amount of confidence. I knew I had the potential to win this. Going out there and running at states, I think I enjoyed it more than last year and I competed better.”

In addition, Mackey said he tried to serve as an example to the younger runners on the Titans cross country team, a program he said should go from strength to strength as it gains in numbers.

“Anyone can be good at distance running as long as you put in the time and effort, and I would like to think I’m a good example of that and have shown the people on my team that, because I didn’t come in naturally amazing at running but three or four years later I’m competing and competing with the top guys in the state,” he said. “That’s what I’ve been trying to show the young guys on the team and even my fellow seniors on the team: if you’re willing to put in the work, you can do just as well if not better than how I’m doing.”

To cap his cross country season, Mackey competed at the Foot Locker Cross Country South Regional meet at McAlpine Creek Park in Charlotte, N.C. on November 26. In the seeded boys’ meet for the elite high school runners, he finished 69 out of 283 runners in his last meet before focusing on indoor track.

And while he has not made any firm decisions on where he wants to go after graduating from T.C. Williams, Mackey said he would like to keep running in some form.

“It’s not only something to stay physically in shape, I think cross country and track has taught me a lot about patience in life and hard work and setting goals,” he said. “Those life lessons have helped me a lot, and there are definitely some intrinsic benefits I get from running.”