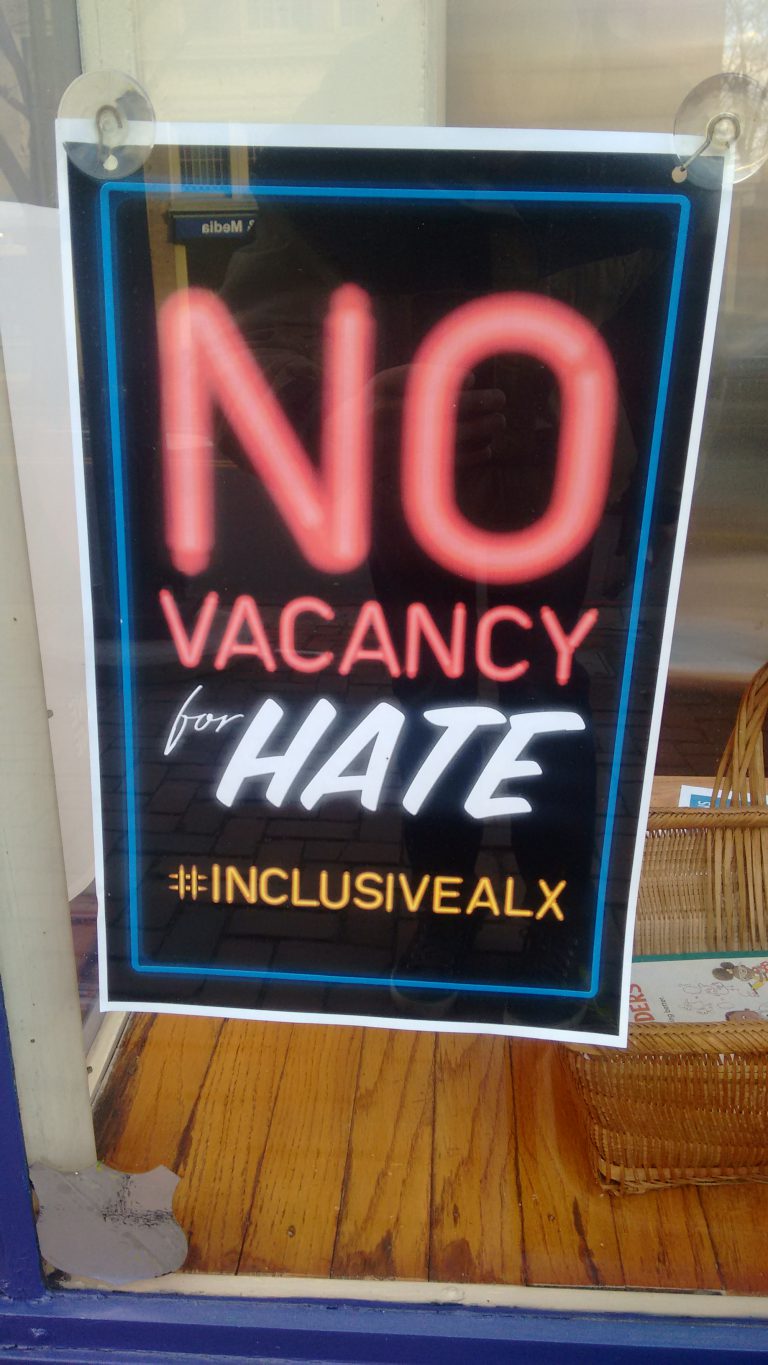 Last week, a new website dedicated to the self-proclaimed “alt-right” launched, with its operations based on King Street in the heart of Old Town.

A post on the website, AltRight.com, said it looks to bring “together the best writers and analysts” from around the world of the alt-right. Nonprofit civil rights advocacy group the Southern Poverty Law Center describes the alt-right as “white supremacy rebranded for the digital age.”

The alt-right’s core concept is that white people and their influence are being undermined by mass immigration and multiculturalism. It is primarily Internet-based, and has undertones of racism and anti-Semitism.

“It is a new name for a really old idea,” said Ryan Lenz, online editor of the SPLC’s Hatewatch blog. “Basically, the white supremacist movement has gone through a couple of iterations, or at least name changes, in order to make itself more politically palatable and approachable, especially as it makes an effort to push into the mainstream.”

The AltRight.com website lists three members of its leadership team: Daniel Friberg, Jason Jorjani and Richard Spencer. The trio did not respond to requests for comment.

Spencer gained notoriety last November when at the annual conference of the National Policy Institute, a white supremacist think tank that Spencer chairs, video captured by The Atlantic shows him shouting “Hail Trump!” during his speech, and being greeted with Nazi salutes by some attendees.

In a November interview with NPR, Spencer said the election of President Donald Trump would help the alt-right movement continue to grow. Trump has disavowed the movement and its support.

And in an interview with The Atlantic earlier this month, Spencer said the new headquarters in Alexandria will serve as more than an office for his new project. He said the space — confirmed to be at the intersection of King and North Patrick streets by multiple business owners and residents — will include areas for video making and functions on the outdoor patio.

Lenz said the location of the new headquarters, just outside Washington, D.C., is significant as it shows that the movement believes it will be able to have greater influence on mainstream politics.

“I think it’s important that [residents] know exactly what is taking place in their neighborhood, and that is an organized effort to bring racist ideas into the mainstream of the American political system,” he said. “The fact that Richard Spencer has chosen, or feels that it’s necessary, or for that matter politically palatable, for him to set up shop so close to the nation’s capital means that he feels that he has a good chance to influence the machinery of politics with these ideas.”

City spokesman Craig Fifer pointed to city council’s statement on inclusiveness, issued November 19, as evidence that there is no room for hate or intolerance in Alexandria. He said councilors have continually reaffirmed that diversity is key to the community.

“Our city declares itself to be a hate-free zone,” the statement reads. “We are an accepting and embracing community where we treat each other with human dignity and respect. There is no place for intolerance in our community. This is a core value of our city.”

Meanwhile, the reaction from local residents and businesses to their new neighbor has been strong. Numerous small businesses and residents in Old Town and Del Ray have put up posters or lawn signs emphasizing the city’s inclusiveness. One popular poster reads that there is “No vacancy for hate” and uses the Twitter hashtag #InclusiveALX.

“I generally don’t hang posters as a small business owner, as everyone’s money is great,” said Susan Scheffler, co-owner of eatery Nickell’s and Scheffler. “I don’t like to take stands politically. But this one was worth it. … I think people are interested in showing solidarity.”

“Our town is so open and thoughtful and wanting visitors from every aspect of our world and all cultures, every background to come in and explore and enjoy our city,” said Kelly Ferenc, owner of women’s clothing store Bishop Boutique. “I thought it was a wonderful way to have our voices heard, and it’s powerful, especially when you walk down King Street and the side streets where you get to see the posters in the windows. I hope it serves its purpose.”

In addition, a flyer was distributed in Old Town urging people to raise their concerns with City Manager Mark Jinks. Fifer said the city has received a “fair number of emails, phone calls and social media posts, all opposed to the new tenant as far as I know.”

But officials stressed that all speech is protected under the First Amendment, even that which people find disagreeable. Fifer said that it is the city government’s responsibility to be fair when it enforces the law.

“The city has no authority to regulate residential or commercial property owners or tenants who follow the law while purchasing or leasing space,” he said. “But while we uphold the First Amendment right to free speech, we will not permit harassment or hate crimes in our city.”

“Our best solution is more speech,” Gastanaga said. “If that means standing on the public sidewalk and protesting what they emote, that’s what we should do.”