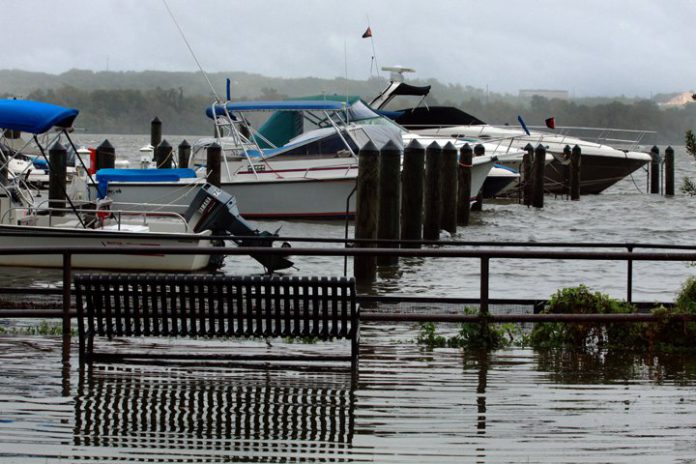 Gov. Terry McAuliffe (D) will request amendments to two bills passed earlier this year by the Virginia General Assembly to give the city more time to upgrade its combined sewage system outfalls, but city officials still say the proposed timeline is too short.

“While the new deadlines are still very aggressive, we are fully committed to doing what is needed for the four outfalls in Alexandria and getting them done right,” Mayor Allison Silberberg said in a statement.

While most of the city has separate sewer systems, around 540 acres in Old Town is served by a single pipe, or combined sewer, which dates back to the 1800s and sends raw sewage into the Potomac nearly every time it rains.

Virginia’s governors have line item veto and amendment authority, meaning McAuliffe is reviewing all bills passed during this year’s General Assembly session. He will submit plans to veto or amend bills ahead of the legislature’s special session that begins on April 5.

Under the amendments, construction would need to begin on the city’s four outfalls by 2024 and be completed in 2027, as opposed to House Bill 2383 and Senate Bill 898, which direct the city to start work in 2023 and have the project finished by 2025. If the amendments are rejected, the bills face the governor’s veto.

State Sen. Adam Ebbin (D-30) said he was in touch with McAuliffe every day last week on the issue.

“It’s been a messy, unfortunate process that we’re hoping will end with a much better result after a lot of back-and-forth and help from the governor’s office,” Ebbin said. “We all want the CSO to be cleaned up. This will have this result. I’m concerned about the financial impact on the city, though, on how quickly it’s cleaned up.”

City Manager Mark Jinks’ fiscal 2018 capital budget proposal includes $386 million to be spent over the next decade on sewer upgrades, and city taxpayers are set to see a 500 percent increase in sewer-related fees by 2027.

The four aging outfalls are nearly as old as the city itself, and they pump millions of gallons of raw sewage into the Potomac River every year. The city’s department of transportation and environmental services last December released an update to its long-term plan to control sewage spills, and said 2035 would be the earliest that the outfalls could come into compliance.

“We will be proceeding with deliberate speed to plan, design and construct these complex mega-projects,” said Jinks in a statement. “We have heard the concerns of members of the General Assembly, and the bills, with these amendments, are responsive to those concerns.”

Ebbin said that it will be much harder to get the bill passed if state Sen. Richard Stuart (R-28), who sponsored the bill, does not accept the governor’s amendments.

“Sen. Stuart’s bill called for the city to lose all state funding [unless the city came into compliance by 2025],” Ebbin said. “It was punitive, unproductive and mean-spirited. This is the best solution.”

“The bill that passed was simply not doable,” he said. “I will seek funding next session from the General Assembly so all of us together can fix this centuries-old problem. If it’s nobody’s fault then the commonwealth should pay for it.”

Sen. Scott Surovell (D-36) is a co-sponsor of Stuart’s bill, and said any funding opportunities from the state would likely not happen in this budget cycle. He said that last year he met with city staff, who told him the city was seeking to fix three of the four outfalls, leave the Oronoco Bay outfall —the largest of the four — unregulated for an undetermined period of time and focus budget priorities on school infrastructure and the construction of the Potomac Yard Metro station.

City officials have since sped up plans for the Oronoco Bay portion of the project.

“Seventy million gallons of raw sewage float by my district every year. It’s not like we’re living in El Salvador or Mexico. We don’t flush our toilets into the river,” Surovell said. “Fairfax County separated their combined sewers in the Huntington and Bailey’s Crossroads areas in the 1970s. The District is separating theirs now. Richmond and Lynchburg are separating theirs now.

“I am ready, willing and able to help find some state-level funding to pay for this. I think expecting the state to come up with a majority of the money is unrealistic, but it’s fair to ask for some state money, since we provided money to Richmond and Lynchburg.”