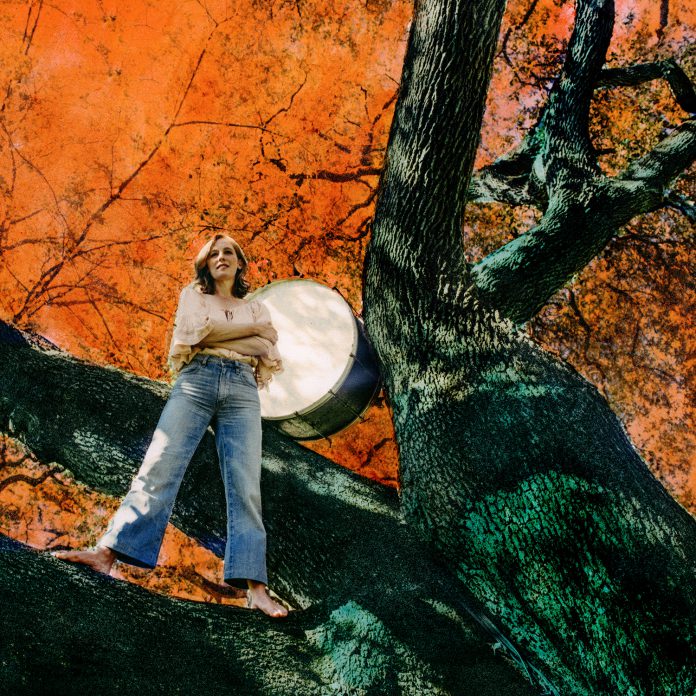 Tift Merritt has been doing what she loves since her college days at the University of North Carolina. There, Merritt studied creative writing while creating her band and winning gigs with The Carbines.

Merritt’s career over the last 15 years has been a wonderful journey of one gig leading to another; performing and writing independently, record contracts, tours and performances and friendships forged with artists and groups such as Iron and Wine, Jason Isbell, Elvis Costello, Gregg Allman and the New York Philharmonic Orchestra.

“Long before I knew Tift Merritt as a friend, her voice and songs were a constant companion to me all over the world, in times of dark and light,” said MC Taylor, lead member of Hiss Golden Messenger, in a press release. “Her songs are real and wide open and deep.”

The Grammy-nominated Merritt moved to Paris to rent an apartment while writing her third album, “Another Country.” Its release in 2007 led to high profile praise from Emmylou Harris.

“I first heard Tift Merritt some years ago during a writers’ night at a small club,” Harris has said. “She stood out like a diamond in a coal patch and everyone there knew she carried a promise of great things to come.”

Fast forward to Merritt’s sixth album, “Stitch of the World,” to hear the sensuous voice that evokes Dusty Springfield, Emmylou Harris, Dolly Parton and Bonnie Raitt. Any one comparison would be fair but perhaps all together best represent Merritt’s vocals.

Whether singing her bluesy track “Dusty Old Man” or the sweet Gaelic tinged “My Boat,” the formula is clear: give this talented lady a stellar backing band and listen to her soar.

Emotionally charged and deeply personal lyrics like “I forgot my heart had room like that / Open spaces behind the cracks” represent four years of brewing since her last album. In those years, Merritt saw some major life changes, including a divorce, the birth of her first child and a move back to her home state of North Carolina.

Merritt recently made time to talk about music, her tour with pedal-steel whiz Eric Heywood and a much-anticipated stop at The Birchmere on Tuesday.

Alexandria Times: What are you excited for with your upcoming Birchmere show?

Merritt: I’m really proud of where we are musically right now. I’ll be traveling with Eric Heywood, who is an extraordinary pedal steel and guitar player. He’s on loan from the Pretenders right now and has played with everyone under the sun.

He and I really enjoy playing as a duo. It’s a lot of interesting textures and playing in axis allows us to turn on a dime and be dynamic.

We’re trying to push into something that is a little more creative then just going with straight to having bass and drums and trying to fill the space that way. It’s acoustic guitars, electric guitars, keyboards, pedal steel, so we have more gear than a normal band. It’s not just a little folksy acoustic duo.

You credit your dad for teaching you to play his guitar. Is he a musician?

No, my dad is a lawyer. I played piano a bit as a little girl and always played by ear. My dad showed me that “these are the four chords and now go from there.” It gave me the capacity to play the songs I love by ear.

I love being a rhythm guitar player and I’ve worked really hard on that. What I generally do is support the story I am trying to tell. I’m not a virtuoso by any means. I just try to have a feel.

Will you be traveling with your little one?

Of course! It’s nice, it’s difficult and it’s surprising. [It’s] probably a metaphor for parenting in a lot of ways in that you just have to see how it goes. Thus far it has been really good. We have designed the touring so that it is doable for a child.

I think it puts a little bit additional value on the shows that I am able to do because I can’t be in the trenches like I have been in the past. I can’t play as many shows or drive as many hours in a van. I can’t push her the way I have pushed myself.

People label your music in different ways. Does “country soul” best define you?

I see myself as a roots musician and a writer. I think what I do is earthy. I think that roots music — country soul, folk, rock ‘n’ roll, singer songwriters — I think it is all singers of the same hand.

The real job of labeling something is so that people know where to file it in their record collection or where to find it. I love writing with soul music in mind. Every time I asked to define what I do, I hope that I defy that on my next record. But I am a roots musician and am a writer. I’m very privileged to be both.

When did you become both?

I think writing is where I am most comfortable and most confident. As a teenager, I knew I wanted to be some kind of artist, making things, but didn’t really know what my medium was. What I had was a lot of urge.

I was just writing stories, writing bad songs and trying to find my medium. I went to a writing program in college. At about the same time I made a band and I started getting gigs.

To me, music was this mysterious language that was a lot bigger than anything I understood. I still believe that. I think music is a language that is physical and social and spiritual. If you think that you have the saddle on it, tied just right, you are kind of selling it short.

I think it is a privilege to be a young musician and to be involved in this mysterious thing. Writing for me is more of a human invention. I love that, but add music and your palette is a lot bigger.

How does it feel to be covered by Don Henley?

That was really a gift and a surprise. I am such an advocate for making your own way. I believe so deeply in that. That is really a huge part of who I am. My sort of physical insistence [is] on that, even when it is not a good idea.

It is also a really hard way to go. So when something like that happens, it really puts gas in your tank. It gives you a little bit of time, practically and from a financial standpoint.

It also gives you the opportunity to call your family and the people who have supported you, when they have been scared to do so, but have done so nonetheless. You call them, and you say “You see, you were right all along. Thank you.”