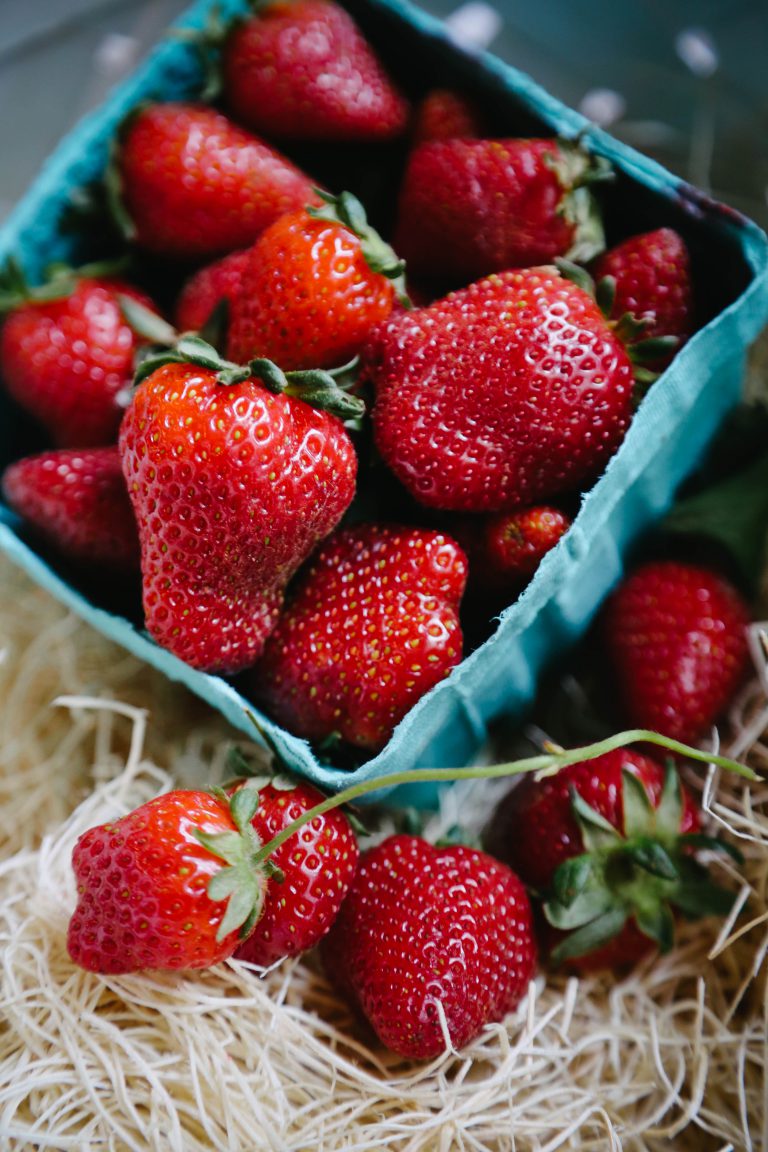 Sometime in April we should start to see local strawberries. Usually around the last week of this month, the early glow variety show up on farms across Southern Virginia. This member of the rose family is a shining red beacon of the impending growth season.

When we first opened Restaurant Eve in 2004, I knew that I wanted to serve food from local farms. Not because of any crusade to save the planet or the local economy (I didn’t go off the deep end with that until years later), but because I knew from my experiences that the food tasted better the sooner we got it from the vine to the table.

Years previously, I was in the walk-in refrigerator at a restaurant where I was working. I needed beets for something and I found them in a box – soft, sad and pathetic. I realized that these poor vegetables were actually still alive after noticing the new green growth around the neck. I wondered to myself “if they are still living, what are they consuming for nutrition?” It became obvious that they were consuming their own naturally-present sugars, converting them to starch.

I realized the longer we kept a food from its source, the less sugar it would have and the less flavor. The same is true for everything we grow in soil. The longer it is out of the earth, the less natural sweetness it will have.

Strawberries have been modified, selectively and genetically, over the years to have longer shelf life and a prettier red appearance so that they can be stored and subsequently shipped around the world. They are now on the shelves in grocery stores 365 days a year. For me, the convenience is outweighed by the beauty and flavor of strawberries, and indeed any fruit or vegetable, in their natural season. I won’t go into depth about it here, but if you want strawberries year-round you are better off buying in the peak of the season and preserving them in the traditional way for the rest of the year.

A great strawberry is red all the way to its core. When you cut into those grocery store “gems” you will see what I mean. They are often beautifully, almost artificially red on the outside and white in the core – pretty, but tasteless.

In the early years of Restaurant Eve, we would get requests for strawberries in December, but we are savvier now. We have learned that the fact that we do not have strawberries in the winter is an indication that we’re a restaurant that cares about where their food comes from, for the taste of it. It is probably a good place to eat.

Some people like to reinvent the wheel. I prefer to keep it simple. Show off the ingredients for their natural beauty. Toss your strawberries with a few drops of lemon juice and a small amount of sugar. Lightly whip some heavy cream you bought from the farmer’s market. Make a simple short cake – maybe the one your grandmother taught you – and put them together. Then you’ll have a perfect dish.