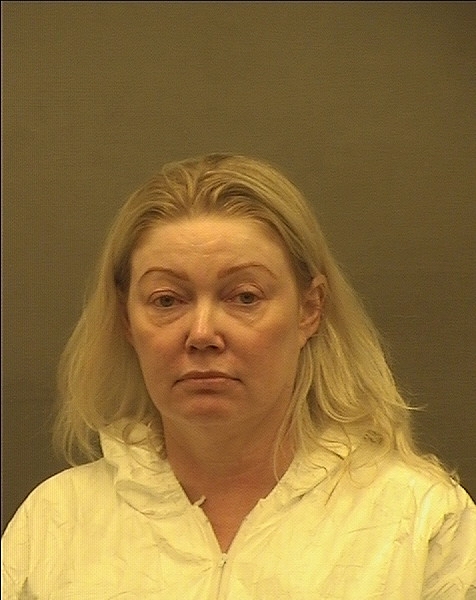 The conviction is in for the Alexandria woman accused of murdering her husband over an argument about the fate of their aging dog last October.

The jury handed two guilty verdicts – murder in the second degree and use of a firearm in commission of murder – to Paula Thompson Marshall, 48, who shot and killed her 76-year-old husband, Rolf Marshall, in the living room of their Duke Street home late morning on Oct. 5.

Marshall was sentenced to 14 years in prison, including 11 years for murder and three years for use of a firearm in the commission of murder, on April 20. She is being held in the Alexandria Adult Detention Center and her official sentencing hearing is July 13.

The murder took place after an argument between Thompson Marshall and Marshall over potentially euthanizing their aging Akita dog. She told police that the argument over potentially euthanizing the animal, prompted by the Akita dog biting her earlier in the day, resulted in a desperate move. She said her husband gave her a loaded gun and dared her to shoot. The argument broke out at about 10:45 a.m.

The victim, who was sitting “in a defensive posture” on his favorite leather chair, was shot once in the torso by a .38 caliber handgun. The bullet damaged several of Marshall’s internal organs and blood vessels, which led to him succumbing to his injuries less than an hour later at 11:31 a.m. Police had arrived at the scene at 11:14 a.m.

Thompson Marshall, however, claimed that it was an accident.

“My husband gave me a gun,” Thompson Marshall told a 911 dispatcher immediately after the incident, according to a report in the Washington Post. “I didn’t know it was loaded. He was being stupid about the dog, and now I’ve shot him accidentally.”

The prosecution, however, claimed that the intent was more devious.

“I know that people break their wedding vows all the time, ladies and gentlemen. But it usually leads to divorce – not to the smoke of a fired .38 revolver filling a living a room and a man bleeding onto his favorite chair,” Commonwealth’s Attorney Bryan Porter said in his sentencing argument.

Thompson Marshall and Marshall had been married for a dozen years. Rolf Marshall had served in the U.S. Navy for 27 years and acted as a maritime lawyer and consultant after his retirement. Thompson Marshall, a native of Queensland, Australia, was a master medical aesthetician and spa director at a number of wellness spas in the region, according to her Facebook page.

Chillingly, a glimpse at Marshall’s Facebook page reveals a photo of him petting the Akita dog, which was euthanized soon after his death.

Marshall was suffering from prostate cancer at the time of his death and court records revealed that the couple had financial problems, alcohol dependency issues and fought constantly. Porter cited Marshall’s illness as another motivation in the murder.

“When Rolf got sick, it was inconvenient for the defendant. When Rolf was poor, the defendant accused him of ‘ruining her financially.’ When the days together grew worse, not better, she longed to, as she put it, ‘no longer be encumbered’ by her older husband,” Porter said in the sentencing argument.

“Death – at the defendant’s own hand – did them part. She kept that vow,” Porter said.

The crime was one of seven murders in Alexandria in 2016, five of which have been solved.