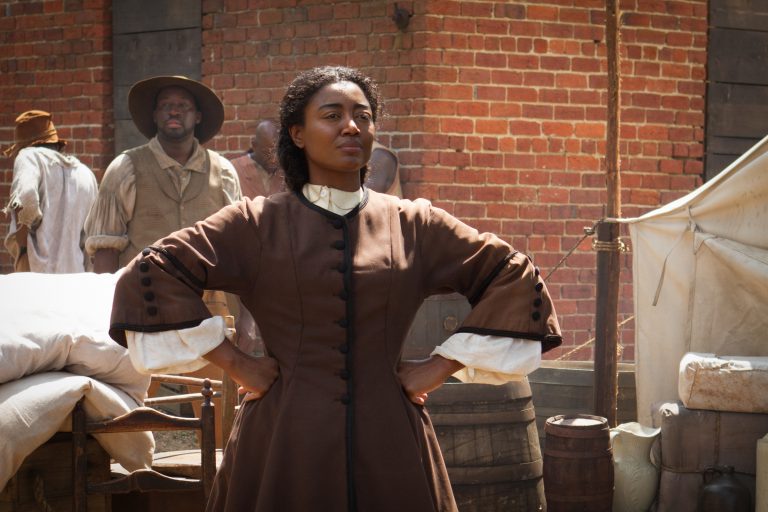 Mercy Street has been cancelled. The second season finale of the Civil War-era drama set in Alexandria aired on March 5, but the show was cancelled by PBS just four days later. The show told a dramatically-historic story of Alexandria’s Mansion House, a luxury hotel-turned makeshift hospital and focused on the lives of slaves, former slaves, hospital workers and soldiers on both sides of the conflict.

“While we were sad to learn that PBS will not produce a third season of Mercy Street, we know the impact of a national television series extends well beyond the broadcast period,” she said. “In fact, the show will make its UK debut in May as season 1 begins airing to an entirely new audience. Fans can continue to explore the real sites and stories that inspired the show through our city’s amazing offerings of spring tours, special events and exhibits.”

“The show has definitely led to an awareness of Alexandria history,” said Dan Lee, a research historian with the Office of Historic Alexandria. “Up until the show started, often times Civil War history was confined to Fort Ward, and the show brought a renewed interest in Old Town Civil War history.”

“Their imagination, marketing prowess and commitment brought forth a fully immersive experience that is now immediately associated with the show for many fans,” Edwards said in a statement. “Film tourism is a rapidly growing field, and Visit Alexandria provides a model for success that we share with clients throughout the state.”

The show also provided a great opportunity for Audrey Davis of the Alexandria Black History Museum, who was contacted by the show’s producers three years ago. Davis provided context and historic photos at first, was later asked to read scripts for accuracy and was an on-set advisor for the second season.

“The city was in the midst of a humanitarian crisis at the time,” Davis said. “In May of 1861, thousands of people came into the city seeking food and shelter, people trying to look for their slaves and get them home.”

Davis, who donated her earnings to the Alexandria Black History Museum, said that the dramatic elements may have stretched historical accuracy. She also said that the museum has seen a 30 percent increase in visitation since the show premiered last year.

“They took liberties with the romance between Mansion House nurse Emma Green [Hannah James] and Frank Stringfellow [Jack Falahee], but they really worked hard to give you a feeling of what living in Alexandria was like during the Civil War,” she said. [email protected]