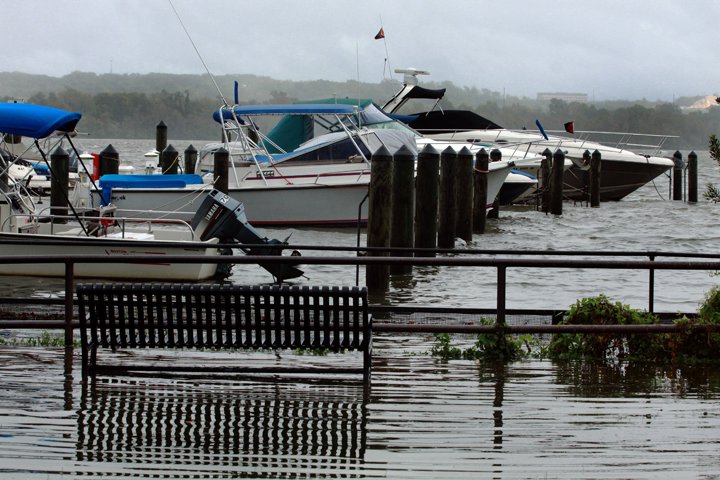 The Virginia State Senate on Wednesday rejected Governor Terry McAuliffe’s four amendments to extend the deadlines for Alexandria to upgrade its combined sewage system outfalls. Senate bill 898, which Alexandria officials say imposes an unfair 2025 deadline to have all four of the city’s outfalls in compliance with the state Department of Environmental Quality, now faces a likely veto from McAuliffe.

“Clearly, I hope that the governor will veto the bill,” said Alexandria Mayor Allison Silberberg, who described herself as a disappointed lifelong environmentalist. “It’s disappointing that the amendments weren’t acceptable, but regardless of what the state legislature has voted, we are fully committed to moving forward and working with our team to work on all four outfalls.”

Under Virginia law, the amendments needed a two-thirds majority of state senators to vote in support for them to stand. So, even though 23 senators voted in favor of the governor’s amendments versus 16 against (with one abstention), they fell four votes short of the two-thirds threshold.

Sen. Adam Ebbin (D-30) said that the bill, authored by Sen. Richard Stuart (R-28), imposes an unfair and punitive deadline on Alexandria. According to the bill, unless Alexandria starts its outfalls project by 2023 and completes it 2025, the city will lose all statelevel funding. “As much as I hate to start over next year, I’ll be asking the governor to not let such an arbitrary deadline stand,” Ebbin said.

Sen. Scott Surovell (D-36) is a co-sponsor of Stuart’s bill, and said he believes Alexandria will meet the initial 2025 completion deadline. “I find that deadlines have a way of bringing out creativity in action. I’m confident that the city will work hard to meet the deadline,” he said. “Senator Stuart pledged that if there is a veto that he will reintroduce the bill in the next session, a more punitive bill with a stricter deadline, a harder deadline.”

The House version of the legislation, H.B. 2383, also included the governor’s amendments, but is effectively dead. Even if it passes the House, the Senate vote would presumably have the same effect as Wednesday’s vote.

Before the vote, Delegate Mark Levine (D-45) said he hopes the governor will veto the bill. “Those urging a vote against the amendments are, in effect, saying that we don’t want Alexandria to have any timeline restrictions on when they will have the outfalls in compliance, because if they don’t accept the amendments there will be no law and the governor will veto the bill,” Levine said.

Alexandria City Manager Mark Jinks’ capital budget proposal includes $386 million to be spent over the next decade on sewer upgrades, and city taxpayers are set to see a 500% increase in sewer-related fees by 2027. The four aging outfalls are nearly as old as the city, and pump millions of pounds of raw sewage into the Potomac River every year. The city’s department of transportation and environmental services in December released its long-term control plan update, and said 2035 would be the earliest that the outfalls could be brought into compliance.

Silberberg said that the city will seek state funding for the project, just as Lynchburg and Richmond ($52 million and $71 million respectively) received from the General Assembly for their outfall projects. While most of the city has separate systems for rainfall and raw sewage, around 540 acres in Old Town is served by a single pipe, or combined sewer, which dates back to the 1800s.

Nearly every time it rains, the single pipe sewer sends raw sewage mixed with waste and rainwater, an estimated 70 million gallons per year, into the Potomac River. The City sent the DEQ its Long Term Control Plan Update in December.

Alexandria Vice Mayor Justin Wilson said he was frustrated with the vote.

“I thought the governor’s amendments were a positive approach to the issue, so I am disappointed they were not adopted, but we have been committed to dealing with this process for years,” he said. “Either way, we have to have a conversation with DEQ about the best way to move forward.”

The governor’s office did not respond to inquiries before press time. [email protected]