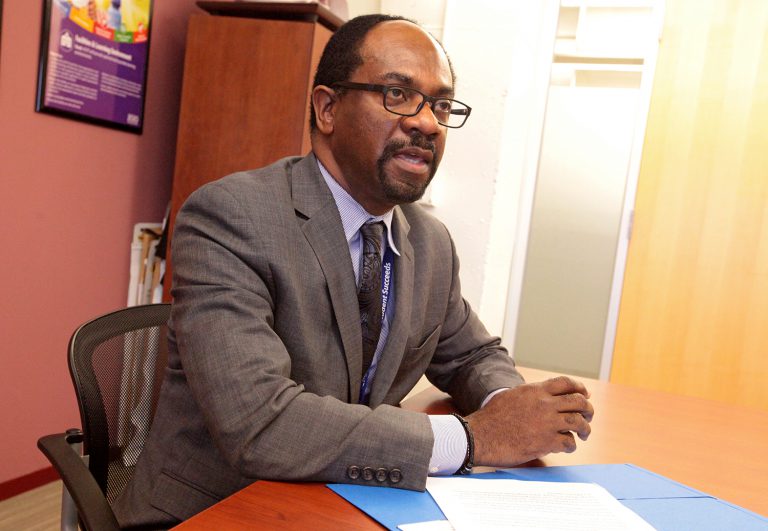 The announcement on May 10 that Alexandria City Public Schools Superintendent Dr. Alvin Crawley had submitted his resignation to the school board took most city residents by surprise. Crawley consented to an interview last week to discuss his departure, his future and what issues his successor will face.

Crawley said he is looking forward to the next phase of his career: Training the next generation of school leaders at George Mason University. Crawley will be a professor in the graduate school of education and human development, where he will teach two courses in the fall and also provide internship support for master’s level students enrolled in the GMU educational leadership program.

Crawley said he did not actively seek the job, but applied after seeing an announcement that the school was looking for professors to teach in the leadership program. His resignation was announced after the Alexandria City Council passed the city’s fiscal year 2017 budget.

“This was a personal decision. It was not connected to any dissatisfaction from my job here,” Crawley said. “It was not part of the budget process. It was a personal decision for me. I am very committed to education, I am a lifelong educator and will continue to be, and I saw this as an opportunity to continue to reach administrators to make a difference, hopefully in the lives of our principals, and our next leg of leaders. That was the impetus for the change.”

He said that his replacement will face a number of challenges, including a school system bursting at the seams capacity-wise and an “evolving” relationship between ACPS and city council and staff. He said addressing necessary capital improvements for schools will continue to be contentious.

Alexandria Mayor Allison Silberberg said that Crawley has been a catalyst for progress for the school system.

“His leadership has increased student achievement, helping position ACPS to become a high-performing school division,” she said in a statement. “His vision has translated into actions that will benefit not only our children, but our entire community. We thank him, we will miss him, and we wish him all the best as he takes on a new role in higher education.”

Crawley’s last day is July 28, and the school board is expected disclose to the public the search process for a new superintendent in the coming weeks.

“We will be able to put together a timeline and a plan that we will share with our community about how we will be able to proceed with a search,” said School Board Chair Ramee Gentry, who commended Crawley on an outstanding job. “He has worked tirelessly on behalf of our students and educators.”

Crawley said that it remains to be seen whether the city’s new Ad Hoc Alexandria Municipal Facilities Plan Task Force will add a layer of bureaucracy to identifying capital improvement needs for the city and school system. The group, which is to be made up of nine “highly qualified and disinterested individuals,” with three recommended members from the school system, is intended to work with city and school planners to prioritize more than $700 million in capital improvements.

“This is a new venture for both the city and the schools…and I think that there will be some lessons learned,” he said. “So, I’m ready to say that it will complicate the process, certainly, it will add a different dynamic between the city and the schools in this process, but this is new for us, so I think that there will hopefully be some opportunities to get some additional expertise and a different look at our [Capital Improvement Program].”

Crawley came to the city as the interim superintendent in 2013, filling the role after the abrupt resignation of former superintendent Morton Sherman. He has nearly 40 years of experience as an educator and previously acted as the interim Superintendent of Schools in Prince George’s County and held top positions in Arlington Public Schools.

Crawley said it, whoever his successor may be, he or she will need to form relationships throughout the community.

“Relationships take time to develop, they take time to nurture,” he said. “You have to reach a common understanding about what it is that we do and why we are doing it, and that this is why we are working towards that goal.”