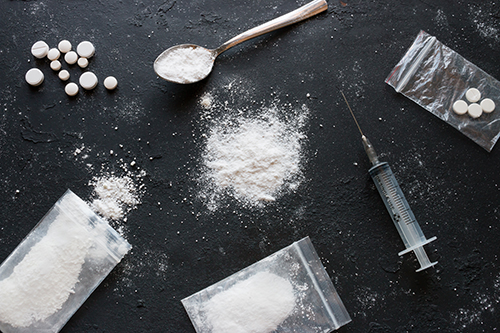 Alexandria is a city with a long philanthropic track record of responding generously, and swiftly, to need. Numerous local nonprofits support at-risk children, shut-in seniors and our immigrant community, among many others.

It appears that philanthropic support is needed in another area: to help people addicted to opioids receive treatment.

This week’s installment in our ongoing series on how the opioid epidemic affects Alexandria reveals that funding and staffing shortages have limited public treatment options in our city just as need for those services has peaked.

The good news is that in Alexandria we have one of the four publicly provided opioid treatment programs in Virginia. Our police and medical first responders give out cards with information on how to seek treatment when they respond to drug-related emergency calls.

This means low-income residents here have a chance at beating addiction by accessing services that in large swaths of the commonwealth are only available to those with means to utilize private treatment centers.

The bad news is that for much of the past two years, demand for addiction help has out-paced our city-run program’s ability to provide treatment.

In many ways, our local government has been proactive in dealing with this crisis. Two years ago, as the current surge in nationwide opioid addiction was becoming apparent, a city task force was formed to deal with the emerging crisis.

Comprised of first responders and various health and human services leaders and led by Liz Wixson, director of the city’s clinical and emergency services, this group has attempted to meet the opioid crisis head-on. Education, outreach and treatment, as well as a re-examination of first responder policies, have all been areas for action.

In addition, after years with a stagnant budget of just under $1 million per year, the city’s opioid treatment program has seen its budget increase by more than $300,000 this year. And according to Jennifer Cohen-Cordero, a city communications officer who spoke on behalf of the city’s Office of Management & Budget, in this week’s “Opioids in Alexandria” story beginning on Page 1, the city has some internal flexibility to move funds where needed.

But funding and staffing have simply not been consistently sufficient. New patients admitted into Alexandria’s treatment program fell from 67 in 2015 to only 25 last year due to staffing shortages.

The number of new patients admitted is rebounding to a projected 58 in 2017 as staffing issues of the past two years have been addressed. However, the city government alone is going to continue to struggle to deal with the ongoing surge in opioid usage.

That’s where philanthropic Alexandria should come in.

Our nonprofit community on numerous occasions has shown itself up to the task of meeting a critical need. In the 1980s, Carpenter’s Shelter and Community Lodgings were formed to deal with an epidemic of homelessness in Alexandria. Since then, preschools for at-risk children and organizations helping immigrants were created in response to need.

A similar mobilization of resources is required now to combat the opioid crisis. Let’s help city residents get the treatment they need. The cost in lives and broken families is too great for anything less than another community-wide response.