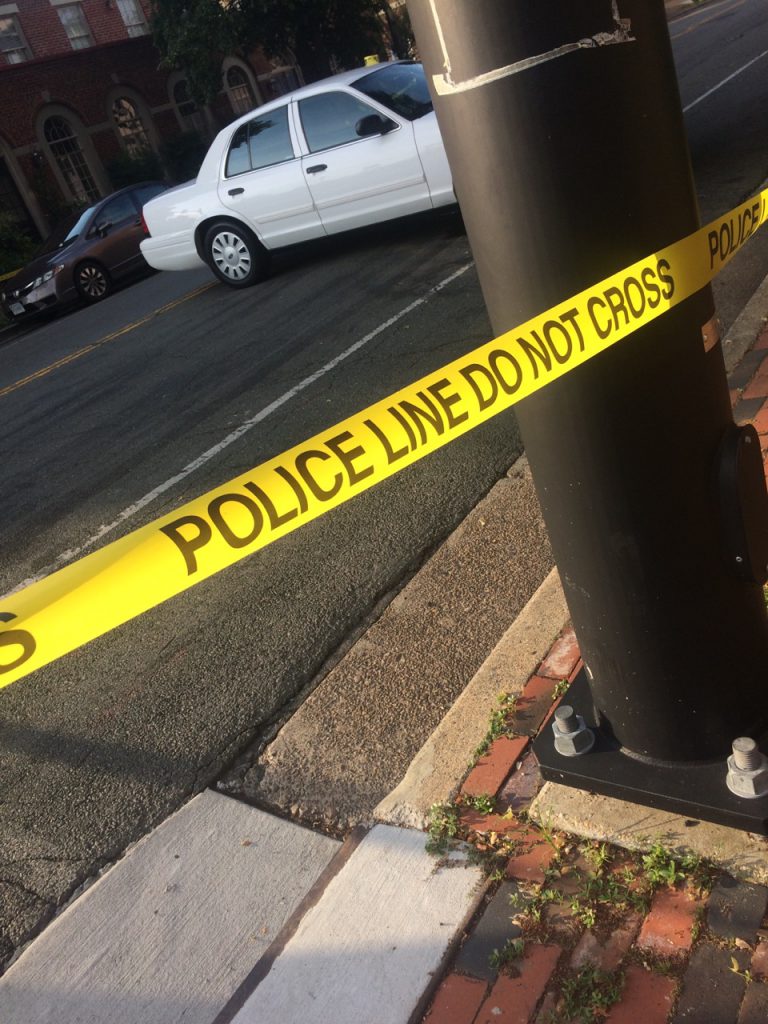 A suspect has been arrested following an assault on an Alexandria police officer in Old Town early Wednesday morning that resulted in the officer discharging her weapon. The suspect was not wounded and the officer sustained serious but non-life threatening injuries.

The Alexandria Police Department is investigating the assault, which occurred at 6:45 a.m. near the intersection of King and St. Asaph streets, police reported at around 7:47 a.m. Wednesday.

Police responded to a call reporting a disorderly man who was attempting to smash car windows near the Old Town intersection.

The suspect, whom police named as Clyde Eugene Reynolds, 51, of no fixed address, assaulted the first officer who responded to the scene, striking her in the head, according to a news release.

After the assault, the officer, who has not been named, discharged one round from her weapon. No one was injured as a result of the officer’s shot. Reynolds was taken into custody in the aftermath of the incident.

The officer was transported to the hospital following the assault with serious but non-life threatening injuries, the release said. She will be placed on administrative leave until the investigation concludes, as is protocol.

Reynolds has been charged with malicious wounding of a police officer and is being held without bond.

The incident suspended rush hour traffic in Old Town, with several streets closed through the morning. Street closures included King Street from North Washington Street to South Pitt Street and Prince Street to Cameron Street. The streets were reopened to traffic and pedestrians by 10 a.m.

The incident comes just a month after James T. Hodgkinson shot five people at Eugene Simpson Stadium Park on June 14, including Rep. Steve Scalise (R-La.), who was wounded in the hip and remained in serious condition for weeks after. Hodgkinson died from injuries sustained during a shootout with Capitol and Alexandria police.

There hasn’t been a shooting in Old Town in 2017, but the neighborhood had several fatal shootings in 2016, including one on Montgomery Street in June and another on Colonial Avenue in December.