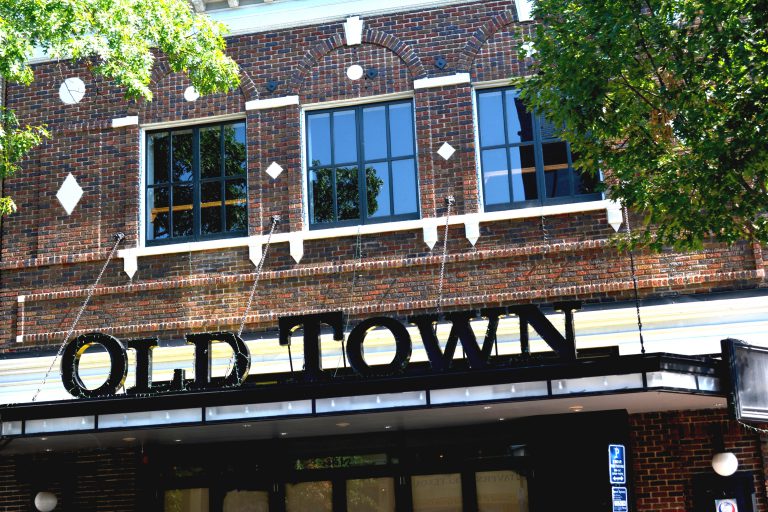 As city council’s summer recess winds down, discussions are beginning again on the future of the proposed Old Town business improvement district.

City council didn’t vote on the proposal brought forward by the 13-member exploratory committee at its June 27 legislative meeting. Instead, council members attempted to find middle ground between proponents and opponents.

A memorandum authored by Vice Mayor Justin Wilson and signed by councilmembers Paul Smedberg, Willie Bailey and John Chapman was approved unanimously at the meeting, forming the first step toward a potential compromise.

The memorandum directed City Manager Mark Jinks to prepare a revised ordinance with updated and more uniform BID boundaries, which must include commercial properties extending from the waterfront to the railroad tracks at the west end of King Street, along Cameron Street to the north and Duke Street to the south. The directive also includes a requirement for a framework budget for the BID’s first three years and “specific and measurable” success criteria.

A more robust public information campaign was also mandated, which must include a mailing to all affected business and property owners, additional public meetings and a
direct way for affected stakeholders to weigh in: a poll.

This poll would require approval of a majority of impacted businesses or property
owners before a BID could be formed, but its structure has many BID opponents wary.
Supporters of the memorandum say it gives stakeholders that would be affected by a BID the chance to weigh in. Those opposed say a poll would give one group – specifically, those who own expensive property in Old Town – the chance to overrule the voice of the other.

The poll would be conducted by a third-party election company and would canvass eligible business and property owners. If 55 percent of either group votes yes, the revised BID proposal would go in front of city council for final approval. The memorandum also directs the vote totals to be reported by two methodologies: the proposed BID bylaws, which gives property owners one vote per million dollars of the building’s assessed value, and by one vote per commercial taxpayer.

While there is controversy surrounding the overall proposal and the poll requirement, both sides in general agree that a BID should live or die with what a majority of business owners want, as they are the ones who would be most impacted by the tax.

Scott Shaw, principal of Alexandria Restaurant Partners, which owns The Majestic
and Vola’s and manages Virtue Feed & Grain within the proposed BID boundaries, was in
favor of the BID throughout the process, though he wasn’t a member of the exploratory committee.

Shaw said that though they acted “with the best of intentions,” the exploratory committee lacked specifics on what the BID could accomplish for Old Town – something that contributed to the opposition.

He said his hope for the proposal is a BID with a short, specific list of goals – and a clear way of reaching them.

He hopes a BID would help address the competition just across the river from Alexandria along southwest D.C.’s waterfront. He worries that projects such as mixed-use development at the Wharf and National Harbor will draw tourism away from Old Town.

“We need a way to better activate our waterfront,” Shaw said. “We have no historic ships, no planned activities.”

Still, Shaw said, the case needs to be made for what a BID can provide Old Town.

“The BID should be helpful, but it should also be justified,” Shaw said.

Despite the compromise attempt, many Old Town residents and business owners remain opposed.

Yvonne Weight Callahan, president of the Old Town Civic Association, has been an active opponent of the proposed BID. She remains concerned about the revised proposal and, more specifically, how the poll on business and property owners would be conducted.

“I do think what council did was very smart,” Callahan said. “They took a long look at what had been developed, concluded that there [were] too many disparate interests, not to mention the threat of a lawsuit, and decided pulling back was a good idea.”

Callahan said she plans to send a letter to Jinks requesting the Old Town Civic Association be included in the BID process going forward. She said residents haven’t been involved to date, despite the fact that city council could, in the future, decide to make residents within the BID boundaries subject to the tax, per state code.

“It seems as though a sword is over the head of people who are unlucky enough to live on Prince Street or Duke Street, where the BID district is. They can be subject to a tax,” Callahan said. “How can you say that it will benefit the residents?”

As for the poll itself, Callahan said she isn’t sure what the result will be.

“I think when the rubber hits the road and they really look at these different ways of determining who votes, we’ll be seeing some more discussion,” she said.

That’s not to say Callahan opposes a BID altogether. She said she too hopes to see a BID supported by business owners brought forward and approved.

“The best case scenario is a business improvement district that small business owners strongly support, that they are willing to buy into and that they believe would assist them,” Callahan said.

The city hasn’t yet established what the BID process directed by the memorandum by city council will be, spokesman Craig Fifer said. Jinks was not available for comment.

Wilson used the time between the city council public hearing on June 24 and the June 27 legislative meeting to author the memorandum for a revised BID. He described the process of coming up with the memorandum as a direct response to received input.

The poll was a way of moving forward, Wilson said, adding that there were always plans to have a vote on the BID.

“In the end, if there’s not support from the business owners, I wanted to let it die,” Wilson said. “I wanted to kill it the right way – I didn’t want it to come back over and over.”

In discussing how a BID poll would play out, council members decided it was important to use both voting methodologies to avoid slant, Wilson said.

“My guess is you’ll probably see both methodologies turn out the same way,” Wilson said. “I certainly fear the scenario where one methodology says pro and one says no. We’ll see what happens.”

He said opposition to the BID is expected because it could profoundly impact the business community.

“There was pretty significant opposition, but it’s not altogether unusual for things that cause substantial change,” Wilson said. “People that are in favor don’t have enough passion to get in touch with us or are kind of indifferent.”

Whatever the outcome, he said, it comes back to the business owners.

“There’s a lot of communities [where BIDs] are very successful, but ultimately, this is a voluntary thing,” he said. “If there’s not support, then it’s not going to happen.”

Shaw concurred, with a stipulation. He supports the planned poll, but said it’s business owners, not property owners, who should have more of a say in whether a BID goes forward.

“The plan should originate with affected business owners and the parties affected,” Shaw said. “I don’t see [property owners] as the affected party.”