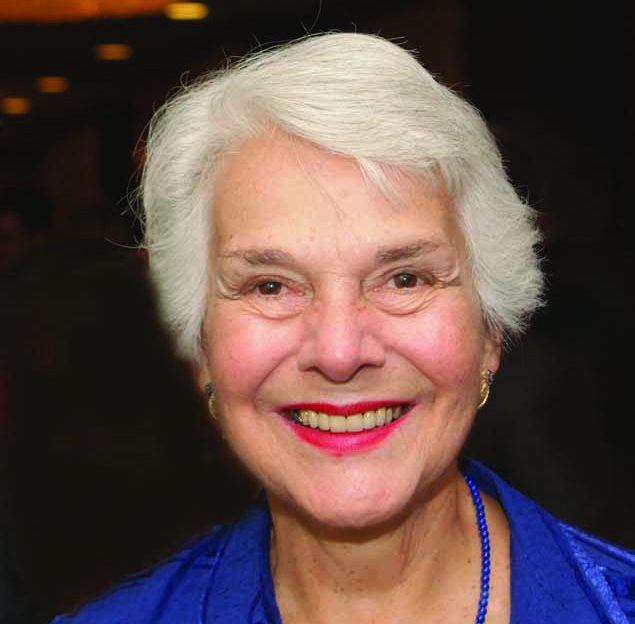 As we mourn the passing this week of Patsy Ticer, we also celebrate her life and many achievements.

Ticer was the embodiment of the best of Alexandria. She was smart, educated, gregarious, caring and accomplished. For many of us, it’s difficult to imagine an Alexandria without her.
She was part of our public life as an elected official for almost three decades, and as an active community volunteer for two decades prior to her public service.

Ticer’s list of accomplishments is long. Most city residents know she was our state senator for 15 years, and served on city council, as vice mayor and later as mayor, for the 14 years prior.

Most know in general terms that she advocated for children and families and for environmental preservation. Most probably remember that she was the woman who stood up to then Washington Redskins owner Jack Kent Cooke over a proposed stadium in Alexandria – and won.

Fewer, perhaps, know about her extensive community service and leadership roles beyond her elected offices.

Yes, she was Alexandria’s first elected woman mayor when she took the gavel in 1991 – but 13 years before that, she had been the first female senior warden in the then 169-year history of St. Paul’s Episcopal Church. She also served as chair of the Metropolitan Washington Council of Governments and as president of the National Association of Regional Councils, one of only a handful of women to ever head those organizations.
Her community involvement truly touched every facet of Alexandria life. She served on the PTA when her children were in school. She was a member of the Alexandria Hospital Board.
She was president of the Transportation Planning Board, and served on boards for the Alexandria Library, the United Way and the Humane Society — all while raising four children with her husband, John “Jack” Ticer.

In addition to celebrating Ticer’s life, there are many lessons we can draw from it. Not everyone is called to serve in elected office like she was. Few have her combination of temperament, talent and interest. But there are so many other ways in which we should all strive to emulate her.

She conducted herself throughout the years and in her various roles with great civility. As numerous people have noted, she actually listened to those who held views that were different from her own. We would all do well to treat others with her level of courtesy and respect.

Her compassion for those in need, fueled by a great faith, was clearly the underlying motivation for all she accomplished.

Some people are naturally empathetic, while for others compassion is an act of will. Now, more than ever, it’s an effort worth making.

Finally, Ticer was friendly and welcoming, whether in church, at public events or in carrying out her official duties. Public official was only one of the many facets of Patsy Ticer. State senator and mayor, yes. But also volunteer, neighbor, church warden, mother, wife, Alexandrian. What a well-lived life.