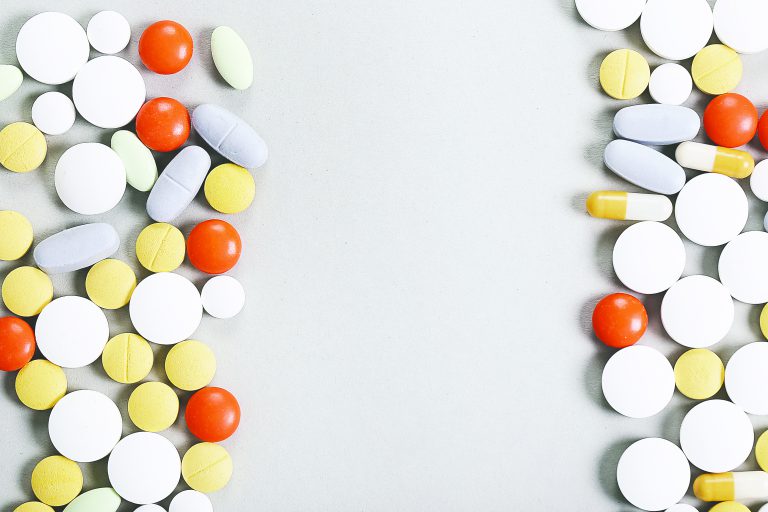 As the only hospital within city limits, Inova Alexandria finds itself on the front line of an ever-growing local health epidemic surrounding opioid abuse.

Most individuals who overdose in the city will come through Inova Alexandria’s emergency department – and, over the past four years, that number has significantly increased. In the first week of October alone, for example, there were six overdoses and one death in the city, according to the Alexandria Police Department.

Dr. Martin H. Brown, chairman of the Department of Emergency Medicine at Inova Alexandria, said the hospital began seeing the beginnings of an uptick in opioid abuse a decade ago.

It began with a push in the medical field throughout the 2000s to treat patients with pain more aggressively.

After creeping up for a few years, about four years ago the level of opioid abuse was suddenly noticeably higher.

“It was subtle for a long time,” Brown said. “I think that in the last three or four years, it’s become a little less subtle. There were a lot of people that had a problem and [were] coming to see us.”

Inova Alexandria witnessed the problem from many angles. Not only was it seeing more individuals who had overdosed in its emergency department – it was seeing more people coming to the hospital in search of a prescription.

The emergency department, and Inova Alexandria, decided something needed to change. Two years ago, the hospital started a push to reduce its use of dilaudid, a frequently used opioid with a high dependency risk. Since starting that effort in late 2015, Brown said the hospital has reduced the number of dilaudid uses from the thousands to the low single digits. The reduction was accomplished by measuring how often doctors write prescriptions for dilaudid.

It’s an example of the effort the local hospital is taking to make sure it isn’t contributing further to a problem that is already at a fever pitch both in Alexandria and across the country.

“There is a lot of opportunity to use less opiates by using more non-opioid treatments, or to use them sparingly or not at all,” Brown said. “I think that’s what happens here.”

Inova Alexandria sees individuals suffering from opioid overdoses come into the emergency department in a variety of different states.

The prognosis is most grim for those who come into the emergency department by EMS and have already been given Narcan, a medication used to treat overdose symptoms. Some are comatose, some are suffering from cardiac arrest and others can’t breathe.

“If they come in and they’re still not breathing or they’re comatose, that’s a really bad sign since they’ve already received the antidote in the field,” Brown said.

Freddi Brubaker, MSN, senior director of emergency services at Inova Alexandria, said the approach to treatment in the first few minutes depends entirely on the circumstance.

“It depends on what status they’re in, whether they’re unconscious, if their airway is compromised,” Brubaker said. “You have to take care of their symptomatology first and make sure their circulation is ok. Sometimes they come in [suffering from] cardiac arrest. It’s stabilize and then treat.”

Time is of the essence in the most serious cases. Individuals who haven’t been
breathing for as long as six minutes will face a host of repercussions. Their heart will stop pumping and lead to cardiac arrest.

“People who have come in with cardiac arrest have likely been untended to for four, five or six minutes, their oxygen has dropped and it’s created all these other problems,” Brown said. “We’ve seen people like that too, where EMS just got there too late, and they were not able to be resuscitated.”

Individuals suffering from an overdose who are still conscious will likely exhibit a number of classic signs, including pinpoint pupils, shallow breathing, low blood pressure and
an altered status that can range from sleepy to euphoric.

Inova Alexandria also treats a number of individuals who are brought in by friends or family members.

For the more serious cases, the friend or family member has already tried to resuscitate them by using methods like ice baths.

Those who are conscious and successfully treated with Narcan will exhibit a number of unpleasant symptoms. They’ll likely feel agitated, uncomfortable and sweaty. Narcan
also abruptly removes their high from a previously taken opioid.

“People who get Narcan feel really bad because of that,” Brown said. “All of a sudden, all that mellow euphoria and absence of pain is reversed.”

Even after the patient is stabilized, the risk doesn’t end.

When a patient wakes up after a successful treatment, they find themselves in a situation they can’t readily control. Often, their first reaction is to try and leave the hospital, Brown and Brubaker said.

That haste presents a risk, as Narcan lasts a shorter period of time than many frequently used opioids. If the previous opioid outlasts Narcan, the same symptoms the patient was suffering before can return.

“You can wake someone up with Narcan, and this will happen often: They’ll wake up and feel that they’re fine. They go, ‘I’m getting out of here, I’m good,’” Brown said.

The hospital is tasked with a difficult judgment call when it comes to the timing of discharging patients.

“… It’s tricky as to when to discharge them because the Narcan does have a
shorter half-life,” Brown said.

The timing depends on a variety of factors, including what opioid an individual took, how he or she took the opioid and the circumstances surrounding the overdose.

Intervening or trying to get to the root of an overdose can prove difficult as well. Most individuals coming back from an overdose have a variety of side effects caused by Narcan. And while there is a city-funded opioid treatment program and a variety of other resources in the region for those seeking treatment, including Inova Fairfax’s Comprehensive Addiction Treatment Services, most patients are just not at that stage yet.

“Most of the time, they’re not very open to it,” Brown said. “They’re concerned about the criminal justice system. They are concerned about getting high sooner rather than later because we’ve already reversed that high … They’re generally not listening too carefully [to] what we’re instructing them to do at that point.”

“It’s not as though they’ve had this life-threatening event and they’ve
seen the light and they’re going to change,” Brown said. “I wouldn’t say that never happens – but there’s a lot of stuff going on [for them].”

Often, Brown said, they fear criminal and legal repercussions. They likely want to eject themselves from the hospital setting at the first opportunity.

“They’re all frightened that they’re going to go to jail, to the police, so they often want to leave quickly and get back to something that they control a bit more than the hospital environment, which is kind of uncontrollable,” Brown said.

Even in the rare case that someone is ready to receive treatment right away, the infrastructure hasn’t been established to send someone directly from Inova Alexandria into a treatment program.

“We have some resources we can refer them to. Almost none of them are ‘I’ll send you there now,’” Brown said.

“It’s often through following up and calling someone. It’s not as though they can just be taken over there and start the treatment. That would be fantastic, but it’s just not the way it currently works.” “That may be something in the future, but currently, it’s not that way,” Brown said.

Patterns of overdose and addiction

“I’ve been in places where you see three people come in during six hours because there’s something in the drug that they’ve purchased other than what they thought it was,” he said.

Usually, Brown said, someone who has been treated at Inova Alexandria for an overdose doesn’t return. Others, however, do – particularly those seeking prescriptions for chronic pain.

“It’s a fine line. We have to thread the needle between treating people’s pain appropriately — because a lot of people come in with pain — and not over-treating it and creating addiction or other negative effects of treatment,” Brown said.

The toll on first responders

“Every single overdose is a big deal,” Brown said.

That can take its toll on those who are working to save lives. Brubaker said, the more individuals they treat with opioid addictions, the more they have to make sure their staff is fully equipped.

“What we are trying to do is a debrief after some of these events to talk about what went well, what opportunities we have, how does our staff feel about it,” Brubaker said. “We’re partnering with our pastoral care partners here – our EMS, HR, our employee assistance program and other resources to look at how we can best provide support – not only for these cases, but other cases in the hospital and the emergency department for the staff and physicians, to make sure they’re fit to go back to work after something like this.”

It can be difficult for a hospital worker to see someone in their 20s or 30s fighting for their life, Brubaker and Brown said – and sometimes losing the battle.

“When there is a fatality, it’s often a younger person,” Brown said.

“People can relate to it. They either see [in them] their family member or friend or colleague,” Brubaker said.

Both say the opioid epidemic, in Alexandria and nationally, has gone past the stage of being concerned.

Brown said those on the front lines are trying to attack the opioid epidemic at
its source. An example of this approach is the physician monitoring program, an independent database that lists patients who have gotten opioid prescriptions, which doctors prescribed them and how many pills a patient received.

Inova, for its part, has worked to make its procedure consistent, making sure opioid prescriptions are “judicious and appropriate,” Brown said.

Combating the opioid crisis, Brown said, isn’t something that can be done immediately. It’s a step-by-step process – and it extends beyond simply being aware of the problem.

“This didn’t happen overnight and it’s not going to be cured overnight. The awareness is there now. I think everyone is aware of this issue,” Brown said. “The action following awareness is a little harder and is going to take more time.”

Read Part 4: The opioid crisis through an EMT’s lens