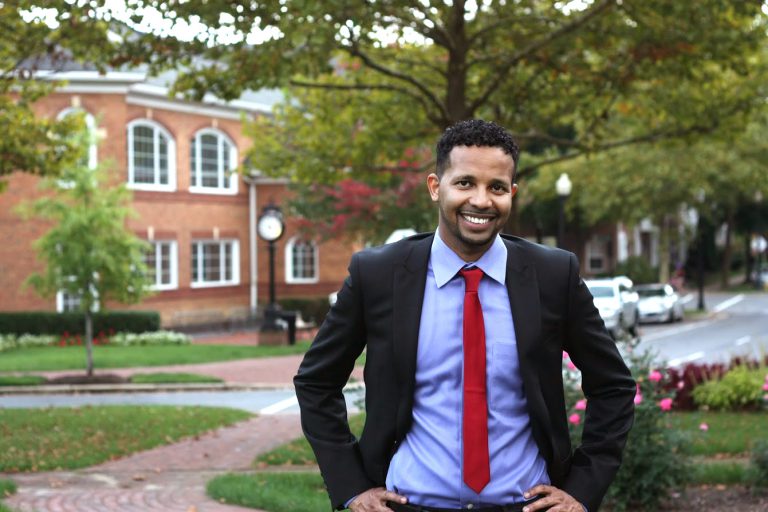 Mohamed “Mo” Seifeldein, an attorney and owner of a local law firm, announced Saturday that he will run for Alexandria City Council.

Seifeldein owns the firm Seifeldein and Associates, P.C. He is a product of Virginia public schools, a first generation immigrant from Sudan and the first in his family to obtain a graduate degree. He has also been active with the Alexandria Democratic Committee and is an appointed member of the Community Criminal Justice Board.

Seifeldein said he planned to lead a campaign of inclusivity, responsibility and looking to the future of the city.

Seifeldein plans to focus on issues such as the poverty level and education. He said his experience as a lawyer and as a small law firm owner have prepared him for a spot on council because he has first-hand experience with litigation and the trials of small business owners.

“That’s kind of like hitting two birds with one stone, you know,” Seifeldein said. “An attorney who has experience and then also a small business owner, and also I’m a product of Virginia public schools, so three tools there that have prepared me for this role.”

As an attorney, Seifeldein has worked to support small business and disadvantaged people in addition to volunteering and working as a court appointed lawyer.

“I am going to be what Alexandria needs: one for the people,” Seifeldein said. “We’re lagging behind a bit compared to our neighbors … We can’t wait for the future to get here and then act to it … I want to get things done, and I definitely have the energy to do it.”

Boyd Walker, who has known Seifeldein for two years through the Alexandria Democratic Committee, said his background would be beneficial on council.

“I know he came from the West End of the city so he would represent that group,” Walker said. “His background brings diversity to city council, which I think would be important. We also need a diversity of ideas.”

During Seifeldein’s early years in the United States, he helped support his family financially and worked to pay for his college education. Following college, he worked with children who have mental disabilities and then returned to school to obtain a graduate degree.

“As a first-generation immigrant coming to this country, I didn’t have the know-how, of how things work here,” Seifeldein said. “So that experience of going to public school and learning everything from the public schools, from the teachers, what to do, and how to do it, just kind of hustling up to know things, definitely I think will help me in understanding what some of the neglected communities of Alexandria deal with.

“I can bring that experience as an immigrant, or the person who kind of went from nothing to working hard, and working on making the community better,” he said.

Over the next few months, Seifeldein said he will be going out in the community to get to know residents and the issues important to them.

“You’re going to see us talking to a lot of people that we have been doing in the past. We’re not neglecting anyone, going to community events, and putting on community events ourselves, and talking to people, explaining to them what’s going on,” Seifeldein said.

“I’m glad Mo’s getting in early,” Walker said. “He probably doesn’t have the name recognition of some of the other people who will be getting into the race … so it’s important to get out there early, and hopefully he’ll be meeting lots of people and knocking on lots of doors.”

Seifeldein is hosting a campaign kickoff event on Nov. 18 at Market Square with speakers and music so residents can get to know him. More information about his campaign and the issues he plans to address is available at his campaign website, www.moseif4council.com.