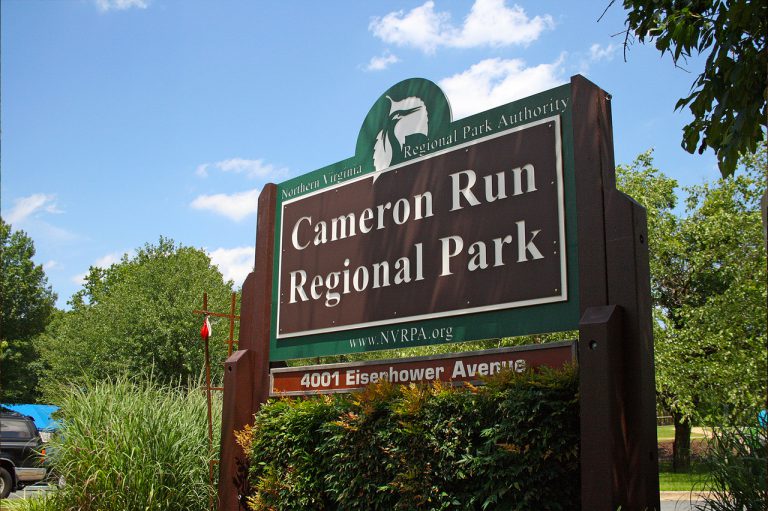 At its monthly public hearing on Saturday, city council took a massive step forward in the Cameron Run Regional Park discussion that has been ongoing for years.

By the end of the hearing, council agreed unanimously to endorse seven priorities identified by residents and stakeholders as the “future vision” for Cameron Run Park, a 26-acre space on Eisenhower Avenue. They also decided to explore partnership opportunities with not only NOVA Parks, the current organization leasing the land, but other interested groups as well.

Mayor Allison Silberberg said she was happy to have made progress on an issue that has been discussed for so many years.

The seven priorities council established included ensuring that the park provides year-round activities; that it has natural paths for walking, biking and running; and that it contains an aquatic facility, which could include either the existing facilities or a new indoor area. The specific language detailing each of the seven priorities is available online in the action docket from Saturday’s hearing.

At the hearing, the overarching consensus among council, staff and public speakers was that the park needed to serve a better purpose than it does. As it stands now, the land is home to a waterpark, batting cages and a mini golf course – facilities some residents have complained are underused and poorly maintained.

Councilor Tim Lovain said he recently visited the park to witness community usage firsthand. In the 45 minutes he spent at the park, Lovain said the only human presence he saw was one car pulling into the parking lot and immediately pulling back out, and a biker taking a short break at a picnic table before continuing on his way.

Resident Molly Kaiman also spoke about the state of the park during the public hearing period. She said the mini golf course was covered with goose droppings and the waterslides were so poorly maintained that kids had to push themselves with their hands to get down them.

“Citizens of Alexandria, families in Alexandria, need this space,” Kaiman said. “Resigning this lease with NOVA would be criminal.”

Partnership aside, several speakers and councilors alike expressed disdain at the fact that the park is only used during the summer – three out of 12 months. The general atmosphere at the hearing appeared to be that the park should serve a year-round purpose and be better maintained.

The second tier of discussion about Cameron Run Park was whether NOVA Parks should continue to be involved.

Chair Stella Koch spoke on behalf of the NOVA Parks Board. She said they were ready to commit to being better partners.

“This is a big decision and deal moving forward for us as a community,” he said. “We are talking about a potential partnership, but we’ve gotta have that trust, and I think some of the things that have happened over the past couple of years, and particularly this last year, have maybe put into question that trust.”

Ultimately, council decided they would explore partnership opportunities with NOVA Parks and different organizations before committing to one or more specific groups.

The Eisenhower Partnership is one group that has expressed interest in working on the park with the city. Board member Daniel Beason spoke on behalf of the group and outlined its three goals for Cameron Run Park – that it have year-round use, improved maintenance and flexibility for the future.

The city has until Sept. 30, 2018, to negotiate partnerships with NOVA and other interested groups. If negotiations are unsuccessful by that date, the existing lease of Cameron Run Park will expire on July 1, 2021 and the land will revert back to city control.