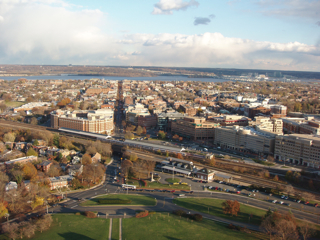 In the toxic political climate that seems to be so pervasive these days, binary elections are often framed by supporters and opponents of candidates and issues as choices between good and evil. Thank goodness that in Alexandria the campaign for mayor is anything but that. When it comes to commitment to public service and a passion for this community, there is not an inch of daylight between Vice Mayor Justin Wilson and incumbent Mayor Allison Silberberg and all voters, regardless of whom they intend to vote for, are the beneficiaries.

My decision to support Wilson is, in part, a recognition of the actual, legal role of mayor. The mayor is a member of council with one of seven votes. The mayor is not the CEO of the city; that’s the city manager’s job. The mayor presides over the council, is viewed as the nominal representative of the city and becomes the first among equals when sitting on the dais.

The mayor has no other constitutional duties or unilateral authority, so, as nice as it may be to attend all the openings and events, the “just showing up” part of the job has little to do with the actual work of the council, and the first duty of mayor is to be a leader, not by virtue of title, but as a consequence of knowledge, skill and rectitude.

The smaller, neighborhood issues are the beauty and occasional curse of local government. They can either inflame or energize the citizenry. It is tempting to try to find solutions and make decisions that feel expedient and responsive at that moment. But leadership is not always telling people what they want to hear, it is trying to listen to the arguments, getting the facts and making decisions that follow the law.

So, here is something I learned over the years: Not agreeing is not the same thing as not listening. I have not always agreed with votes that Wilson has cast, but my respect for him comes from knowing that his approach to making a decision is driven by facts, common sense judgment and a willingness to strive for compromise when possible.

So, here is something else that I have noticed over the past three years with this council: 6-1 (or 1-6) votes have become something of a Rorschach.

Some see Silberberg’s dissenting votes as a badge of courage, and admire her for that. I see the opposite. There is nothing wrong with anyone on council being an occasional dissenter, but as a routine practice I find it lacking.

Legislative bodies that are effective are always looking for common ground, for compromise and tradeoffs to reach a resolution – not necessarily one that everyone likes completely, but one that tries to recognize different goals and conclusions. If one feels strongly about an issue, you lobby, persuade, cajole and compromise to get consensus. In other words, you lead. I see Wilson doing that, because he always has.

A criticism of this council, though, is that the “6” of 6-1 votes are just voting in lockstep. I think that is a disservice to the council and reflects a lack of understanding about the process.

I want to close with a very old quote that speaks to what I always hope from those who take on the responsibility of serving and governing: “There is only one way to avoid criticism: Do nothing, say nothing, be nothing.” Aristotle.