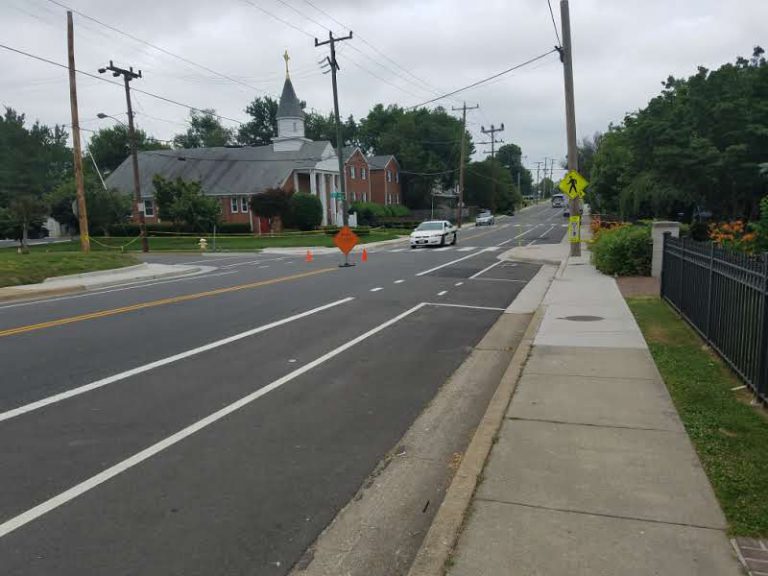 The City of Alexandria hosted a May community meeting on safety improvements for pedestrians, bicyclists and vehicles to be implemented next year when Seminary Road is repaved.

The city’s representatives cited Seminary as “a corridor with a high number of KSI (killed or seriously injured) crashes.” All but one of the city’s multiple options that were presented proposed reducing Seminary from two lanes to one each way, while adding two bicycle corridors as replacements.

The city’s Pedestrian and Bicycle Master Plan has included a form of this proposal since 2008, although a representative said a study was needed to assess the actual impact on traffic delays from a 50 percent road reduction, while another said, “there is no reason it could not be done” like it had been for King Street.

Whatever city leaders decide, it would be best to base the decision on available facts rather than opinion. According to Virginia’s TREDS database to which police report all traffic incidents, Seminary Road was actually one of the top three safest “corridors” in Alexandria the two years even before its speed limit was reduced to 25 mph in early 2016; since the 25 mph speed restriction, it has been one of the two safest roadways in the city – with only one traffic incident so far this year.

Seminary Road has had no bicycle accidents in the two and a half years since the speed was reduced to 25 mph, and only one during the two years before the speed reduction.

And there has been a single pedestrian incident since the speed limit was lowered. That one, as well as the five over the previous three years, were at two locations: three at the Inova Hospital intersection between 7 and 8 a.m., and three at Library Lane between 6 and 8 p.m.

As one of the safest Alexandria streets – even more so after its speed was lowered to 25 mph – does the city need to make Seminary Road “more safe” by replacing two of its vehicular lanes with bicycle lane corridors?

It is a heavily trafficked vehicle corridor now, particularly during rush hour as a connector between Quaker Lane/Duke Street and I-395.

Don’t forget there are 1,750 more parking spaces to be opened at the Mark Center BRAC building after the Defense Department demonstrates “congestion hasn’t [yet] reached failing levels of service.” And it is where the emergency response vehicles egress to and from Inova Hospital and Fire Station 206 – unlike King Street.

In view of its excellent safety record relative to all other Alexandria streets – particularly with the lack of bicycle accidents – it seems maintaining all four of Seminary Road’s lanes for vehicle use at 25 mph makes factual sense, while also preventing any increase in traffic delay. If desired, it would seem reasonable to mark the curb lanes as co-lanes for both bicycles and vehicles in order to serve as a reminder of the occasional bicyclist’s equal right of way.

To address the relatively small number of pedestrian incidents, city funds could be spent wisely at two intersections. At Inova Hospital, a railing that prevents bus passengers from crossing Seminary other than at the light and cross walk is one option. At Library Lane, putting back the fence that prevented crossings other than at the nearby light and crosswalk is another.

An objective review of traffic incidents in Alexandria during the last four and a half years of traffic incidents reveal that a 25 mph Seminary Road has made it one of the safest city streets – not “a corridor with a high number of KSI (killed or seriously injured) crashes.”

But a comprehensive review also shows that there are significant traffic safety problems elsewhere that should be addressed with greater urgency. Regrettably, a number are in less fortunate neighborhoods that might not get as much of a voice in how limited resources are spent, nor be provided a series of public meetings that elicit their safety concerns. However, in government policy, facts should matter, as should equal accountability to all citizens.