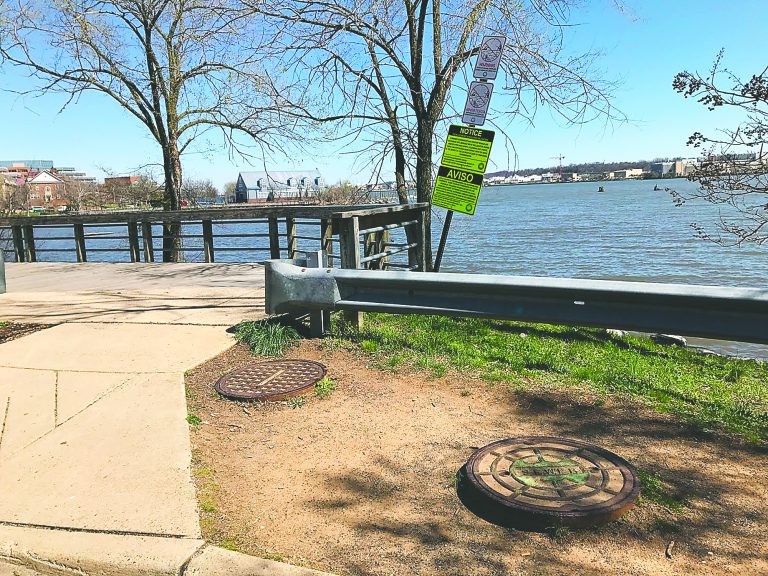 City council voted unanimously to accept the city’s proposed legislative package for the 2019 Virginia General Assembly session at its legislative meeting on Nov. 27.

The package, presented by City Legislative Director Sarah Taylor, sets council’s priorities for the Virginia Senate and House of Delegates’ 2019 session, which will convene in Richmond on Jan. 9.

Of the three, the top priority is financing for the CSO project, according to the proposed package.

In 2017, the General Assembly passed legislation mandating that Alexandria remediate its CSO issues by 2025, a project that is estimated to cost more than $400 million. The state has yet to provide financial assistance for the project, despite implementing the ambitious timeline, and the majority of the cost will be funded through sewer-related fees paid by Alexandria residents.

In the proposed package, the city asks its delegation to support state funding for 20 percent of the total cost of the project.

Regarding funding for schools, the city’s request is less concrete. Since local governments are responsible for the majority of school capital costs, the city’s proposal to its state delegates is to support the full funding of existing school construction funding options, including the Virginia Public School Construction Grant Program, and to support innovative funding opportunities for school construction and renovation projects.

The final priority, protection for funding for localities, proposes that the delegation support efforts to protect existing funding structures that provide aid to localities, especially funding for K-12 education, transportation and other core government services.

Mayor Allison Silberberg said she’s happy with the work the city has put into the package and is grateful for the delegation that will represent Alexandria in Richmond.

“This legislative package, it’s forward looking; it’s robust,” Silberberg said. “I think the main thing is that we are moving full steam ahead with the CSOs, and we need help from the General Assembly with regard to getting that done, but we’re also pushing for a whole set of initiatives.”

Beyond the three key priorities, the city’s legislative package includes proposals for several other issues of interest and concern that “align with the city’s mission, vision and values,” according to the package.

The city also directs its delegation to support the legislative priorities of the Northern Virginia Aging Network.

Full descriptions of city council’s priorities and details about the initiatives it supports are available in an attachment to the Nov. 27 meeting docket.

“This is not by any stretch a done deal,” Taylor said after council’s vote. “Now is when the hard work starts for the legislative subcommittee and for the department heads and all the subject matter experts who will work to review all the legislation and bring everything together from here through February. I am grateful and look forward to it.”