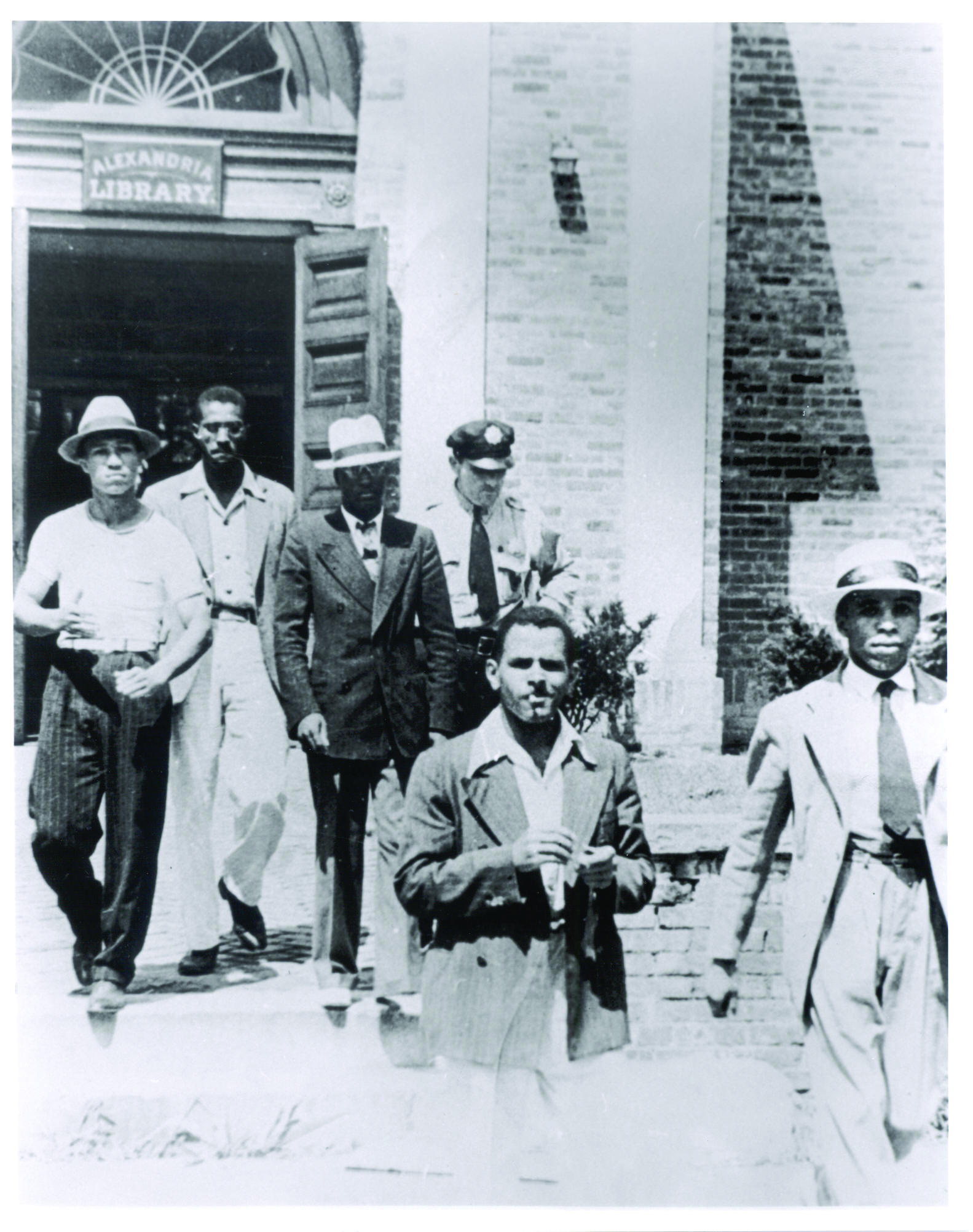 Your tributes to Samuel W. Tucker in your editorial “Remembering Samuel Tucker, a great Alexandrian” and Out of the Attic, “Samuel Tucker’s 1939 sit-in” were striking in their demonstration of human achievement in the face of deep-set and determined racial discrimination. Throughout his life, Tucker seemed to grasp that the best and most effective answer to discrimination was the will to succeed. He refused to be denied.

What many of your readers may not know is the identity of the young man who is front and center in the photograph of the demonstrators leaving the Kate Waller Barrett Branch of the Alexandria Public Library on Aug. 21, 1939, after their peaceful sit-in planned by Tucker to test existing law and demonstrate its shamefulness.

The young man with his shirt collar over his suit jacket collar appears to be in the process of lighting a cigarette and looks directly at the camera, firmness rather than doubt or fear on his face. His name was Morris LeRob Murray.

Morris L. Murray was born in Washington, D.C. on Jan. 24, 1917, according to public records. That would put him at 22 years of age at the time of the library sit-in. According to his draft registration card, filled out in 1940, he resided with his grandparents at 813 Princess St. in Alexandria.

His grandmother was Deliah Murray. His grandfather, Freeman M. Murray, also was his employer. Freeman Murray was a printer in D.C. and appears to have employed young Morris as a linotype operator. All this is confirmed by the 1940 U.S. Census. Soon after the census was taken, Morris, like Samuel Tucker, left Alexandria to join the U.S. Army and serve in World War II.

There is a reason for my interest in this man.

In 1965, I was a young lieutenant studying at the Army Intelligence School at Fort Holabird, Maryland. Lt. Col. Morris L. Murray, U.S. Army, was one of my instructors. I did not come from Virginia and would not live here until many years later, and I had no notion of the man’s background prior to his service. Nor could he tell us much about his service because, as I discovered later, he spent his career in dangerous assignments demanding that he assume another identity.

He was small and wiry in physical stature but filled with energy. Many other instructors droned on and on when they taught. He crackled. We students often called him “bantamweight,” a reference to his size but also a tribute to his toughness and spirit. We called him that among ourselves; to his face, we called him “sir.”

Morris L. Murray was awarded the Legion of Merit, one of the military’s highest awards, for his years of Army Service which spanned several major wars. He died in 1979. For anyone who cares to honor this son of Alexandria, he is buried in Arlington National Cemetery, Section 60, Grave 1342.

It is fitting that your paper also cited Arlington National Cemetery as the place where Samuel W. Tucker is at rest (Section 25, Grave 1971). Both of them were soldiers for our country but also for civil rights.

A third, though a Washingtonian and not an Alexandrian, was my former boss, Edward W. Brooke. Ed Brooke served with Samuel Tucker in the 366th Infantry in Italy during WWII, became an attorney and later, from 1966 to 1978, represented Massachusetts as the first black U.S. Senator since Reconstruction. He is buried in Section 8, Grave 5190-5-RH.

These men were giants who overcame obstacles in peace and war. Their objective was to live America’s promise. I doubt they thought enough of themselves to believe they were showing future generations the way. But they surely did and should be remembered and honored.