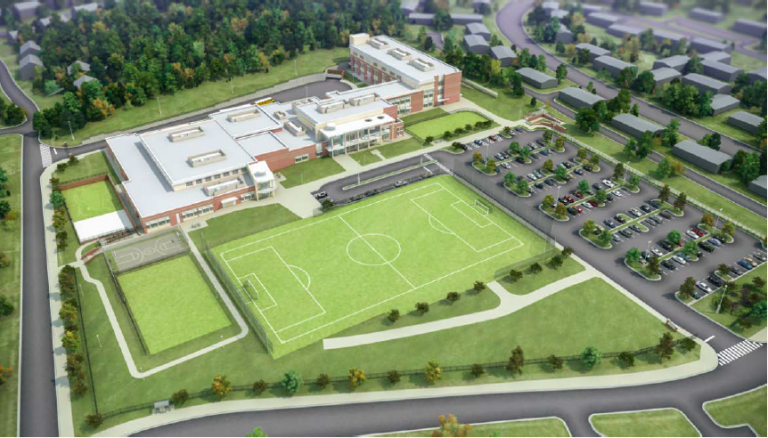 Sometimes the obvious right choice for the community really stinks for a small subsection of residents.

That’s our take on the Alexandria school board’s decision last week to utilize the old Patrick Henry Elementary School building as swing space to house students from Douglas MacArthur Elementary School while that facility is razed and rebuilt.

It’s certainly understandable why residents in the neighborhood surrounding Patrick Henry are upset. When the rebuild of that school was being planned, city council wound up approving a site orientation and traffic flow different from what most neighbors thought optimal for the new school.

Now, after muddling through the long construction, and less than three months after the new Patrick Henry opened its doors, neighbors learn those nice, new athletic fields – to be used both by students and the community – aren’t going to materialize for four more years. That’s a tough blow.

And yet, we think Superintendent Dr. Gregory Hutchings, Ed.D and the school board are being creative and responsible in getting a one-time swing space use out of the old Patrick Henry before it’s torn down.

There’s a palpable energy Hutchings and the current school board, composed of five new and four continuing members, are bringing to the many capacity and construction issues facing Alexandria City Public Schools. In addition to this tough decision, the current school board has voted to use a multiple campus approach to the high school capacity problem, rebuild Minnie Howard and fully explore the feasibility of a second high school – all since January. That’s impressive.

As change accelerates in Alexandria – and with Amazon’s impending arrival at our city’s edge, no one should be under the illusion that it won’t – it’s imperative that the concept of livability be considered at every step.

If the school board had voted to make the old Patrick Henry building a permanent swing space for new school construction, our response would have been different. That would have made this neighborhood an on-going service area for the rest of the city. But asking one section of the city to put up with inconvenience for a finite and defined period of time for the greater good seems reasonable, even though there’s no denying this neighborhood’s livability will take a temporary hit.

This is a different situation than the permanent degradation of livability in Old Town and Del Ray caused by recent city decisions to accelerate density and decrease parking availability in those neighborhoods. If only those decisions expired after four years.

It’s also unfortunate that the concept of class warfare is being introduced into this debate, due to Douglas MacArthur’s location in a more affluent neighborhood than Patrick Henry.

The decision to use the old Patrick Henry building was clearly based on practicality; it was a cost-conscious move that will save the city money. It’s always preferable to utilize the current school building on any site while a new school is being built, and this is done whenever possible. But the small size of the Douglas MacArthur site made this impossible.

Patrick Henry students were fortunate to be able to remain in their old building, in their own neighborhood, while their new school was being built. MacArthur students are going to be bused to a different neighborhood while theirs is constructed, which will be vastly more disruptive.

We hope ACPS Chief Operating Officer Mignon Anthony is correct, and that ACPS planners will be able to devise areas for playgrounds for students of both schools to use while they share this site.

As they design this swing space, it’s important to leave room for a swing.