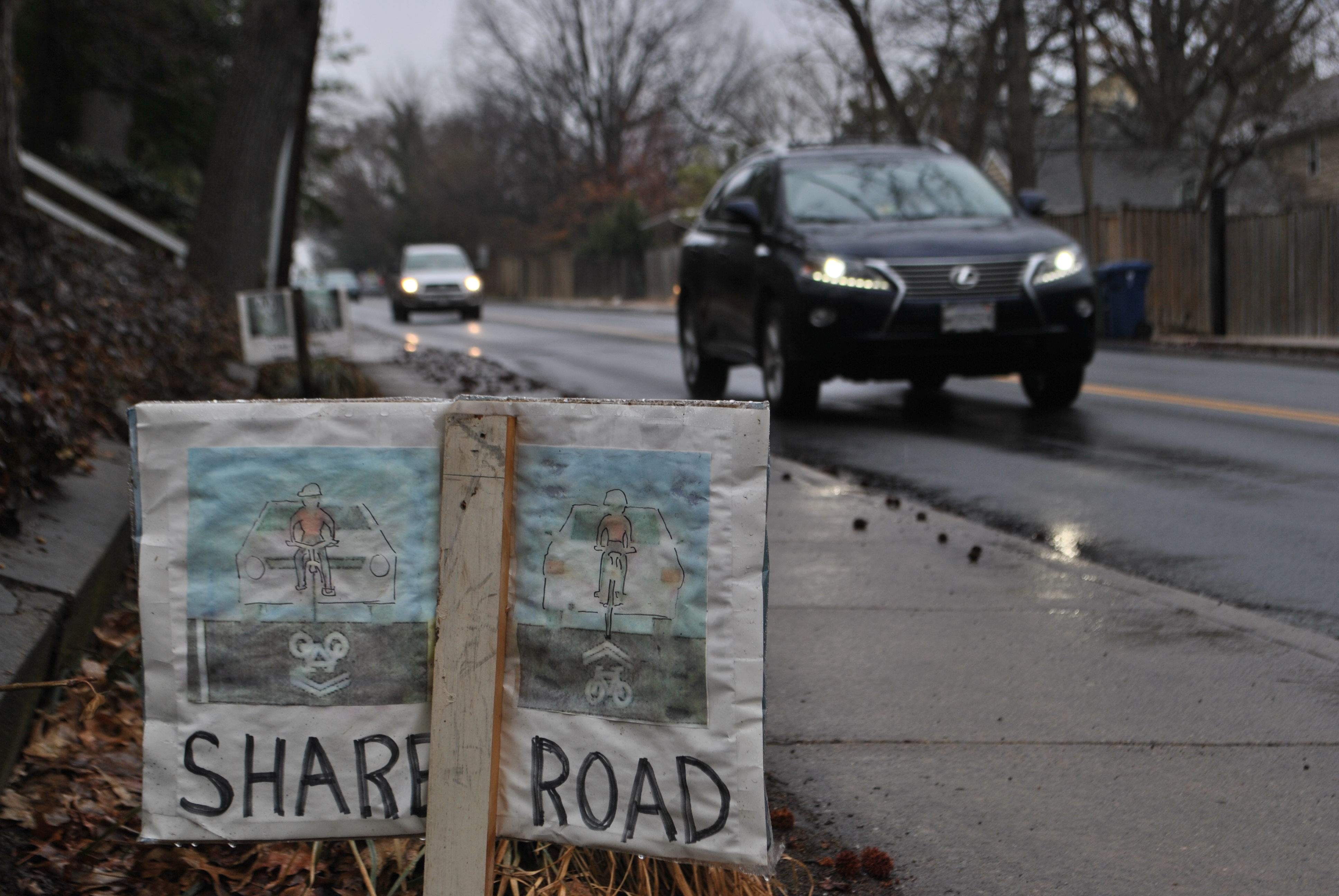 I am writing to discuss the proposed changes to Seminary Road between Quaker Lane and Howard Street. Like many of my neighbors, I am concerned about congestion on Seminary and elsewhere. However, unlike my neighbors, I do not see how making no significant changes will help congestion. Instead, I believe the road diet plan provides the best opportunity to address this issue, by making modes of transit other than single-occupancy cars a viable alternative.

The primary points of congestion on Seminary are both already one through lane with a dedicated turn lane: the Quaker Lane and Howard Street, when traveling east, intersections. In between, the road diet plan would merely serve to limit the ability of speeding cars to weave between traffic traveling close to the speed limit. The road diet would likely also cut down on the number of cars that attempt to “jump the queue” by driving down the left-turn lane and forcing their way into the through lane after the fact.

Given the opportunity for bike lanes to remove cars from the road – and given the preponderance of evidence both from past projects in Alexandria and elsewhere in the U.S. that road diets do not increase congestion – this seems like the only approach that could help with congestion.

At present, the only viable and safe way to get around the West End is by car. Bus service is limited outside of rush hour, and the general lack of safe east-west arterials for modes of transit like bikes or scooters limits choices. Given the city’s other attempts to improve multi-modal transit it seems important to make sure residents who are open to choosing these modes have safe ways to get around.

This brings me to my second point: safety. I have already mentioned the way speeding cars weave between slower-moving traffic on Seminary. This kind of aggressive driving has led to a number of accidents in the last few years, despite the 25 mph speed limit. Fortunately, none of those accidents have been fatal.

Based on data on the city’s website, the speed limit reduction has not meaningfully affected the speed at which people drive on Seminary – it’s shown only a two mph reduction. I believe this is because the road is designed to support cars driving 45 mph or higher. If we don’t want a four-lane highway running through our residential neighborhoods, we shouldn’t have one.

In theory, despite the speed issue, cyclists should be able to ride on Seminary — and, ultimately, I sometimes do. But it is only a matter of time until a speeding car, driving too fast up Seminary, rear-ends a cyclist there.

I implore council to make the courageous decision to improve safety and multi-modal options within Alexandria. At minimum, I think it merits a one- or two-year pilot in which we can study the traffic effects. At worst, if the best choice is to revert the road back, it would only require re-painting the lanes. By making no change, we are dooming Alexandria to suffer with increasing congestion by making cars the only viable option.