The Alexandria Circuit Court found Pankaj Bhasin, a New Jersey resident arrested for the murder of a man he believed to be a werewolf, not guilty by reason of insanity of first-degree murder on Monday.

Bhasin was taken into custody on July 13, 2018, after police found him with his pants down and covered in blood outside Window Universe on King Street, according to a press release. Police entered the business to find the body of Bradford Jackson, a 65-year-old resident. Jackson had suffered multiple severe stab wounds and some bodily mutilation, according to court testimony.

Bhasin told police officers, “I killed the wolf” and that there was “still time to save 99 percent of the moon and planets,” according to trial testimony. The investigation provided no evidence to connect Bhasin and Jackson, according to the press release.

During a trial in March 2019, Bhasin’s defense attorney Peter Greenspun argued that the defendant’s mental illness made him incapable of understanding his actions. At the
trial, multiple mental health professionals diagnosed Bhasin as suffering from bipolar disorder with “mood-congruent psychotic features,” according to the release.

The jury deliberated for three and a half days but was unable to reach a verdict, and a mistrial was announced on March 27, 2019.

The Alexandria Circuit Court appointed an independent psychologist on April 25, 2019 in order to evaluate Bhasin’s mental state at the time of the murder. The psychologist provided a report to the court in June that, for the most part, mirrored the statements given by mental health professionals during the trial, according to the press release.

Considering the evidence in the report and the “ethical obligations” of the Commonwealth, Comonwealth’s Attorney Bryan Porter said, the prosecution determined there was little chance of success should there be a retrial, according to the release. On Monday, both parties agreed to a not guilty by reason of insanity ruling. Pending an order by the court, Bhasin will be sent to a Virginia Department of Behavioral Health and Developmental Services facility, according to the release. 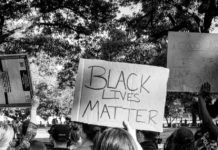 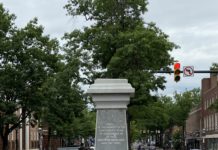 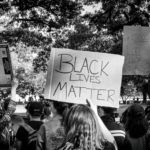 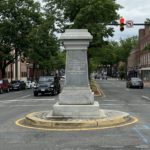