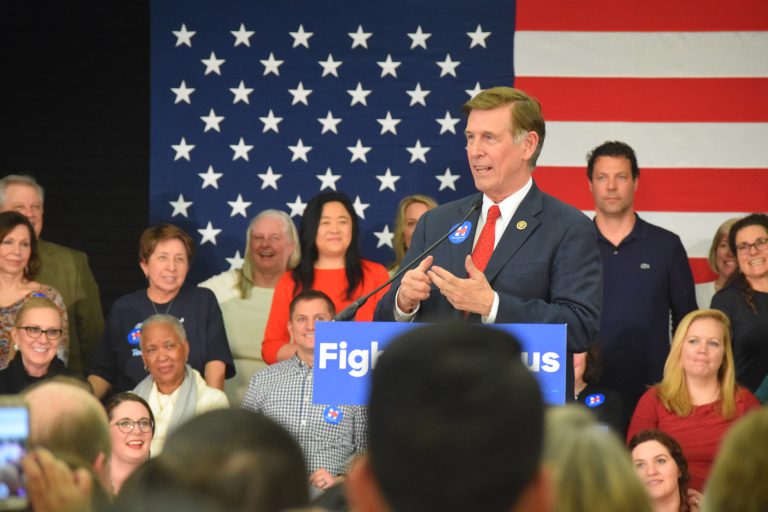 Rep. Don Beyer (D-VA) of Virginia’s 8th District introduced legislation that could address concerns around the environmental impact and noise pollution from airplanes, according to a news release.

The Cleaner, Quieter Airplanes Act would aim to reduce emissions produced by the aviation industry and, in the process, “lead to quieter skies above and peace of mind to communities near airports,” Beyer said in the release.

Airplane noise is a long-standing issue for Alexandria residents, particularly along the waterfront. It has been discussed at city council meetings and Alexandria has pushed for noise controls.

The bill proposes limiting greenhouse gas emissions and noise from commercial regional airplanes by 50 percent by 2030 and larger, single-aisle planes by 2040, according to the release.

The bill also authorizes the National Aeronautics and Space Administration to pursue work on electrified propulsion systems, with the intent of carrying out tests by 2025 and bringing these new systems into commercial use by between 2030 and 2040.

Beyer will be stating his case for the legislation in the House as the House Committee on Science, Space and Technology takes up NASA’s authorizing legislation, according to the release.