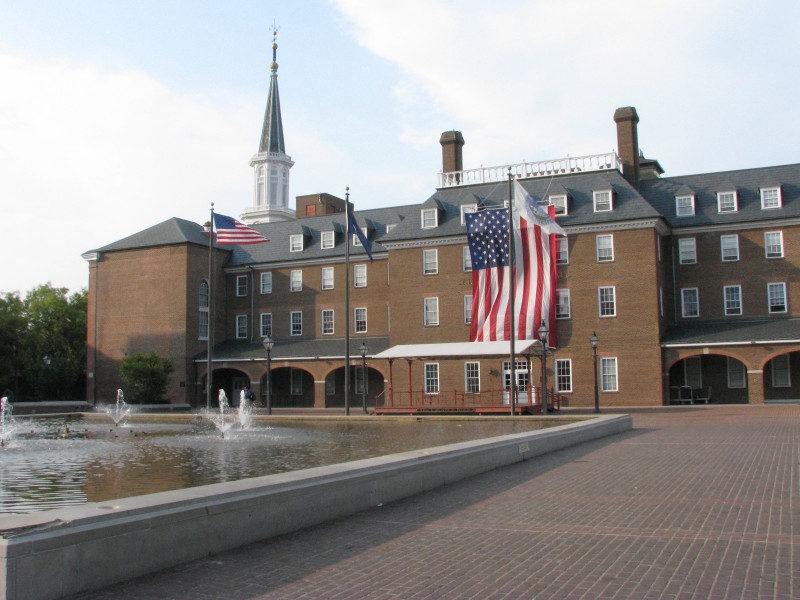 Did you know Alexandria’s first city council – elected in 1780 – was bicameral? That in 1804 we established our first council wards? That from 1780 to 2009 city elections were never held in November to avoid the huge distraction of federal elections? All of this is gone now, as is a city hall responsive to its citizens. Their plans don’t include yours anymore.
We see this every day.

Many Alexandrians feel Mayor Justin Wilson and council no longer care about their views and know they cannot be held accountable in our current election system. This is because three local election laws now work together to eliminate choice: 1) At-large elections, 2) held in November 3) every three years. These together have created one-party control with no end in sight.

We powerlessly watch as motorized scooters turn historic Old Town into an amusement park – a place where neither the mayor nor anyone on council lives. We watch stunning, hyper-development on South Union Street show how a city destroys an historic neighborhood.

Wilson seeks densification at every opportunity to increase tax revenues. Densification multiplies cars on the road even as the mayor demands road diets on King and Seminary.

Twelve civic associations opposed removal of lanes on Seminary Road. Wilson and the council ignored them. A Seminary Road Facebook protest now has 1,400 members – you know, 1,400 taxpayers, homeowners and voters. But the mayor and council know what is best for them.

We love competition in sports and choices in airlines, phones and cars. Yet we no longer have competition or choices in city elections. Our two-party system – once robust – is now dead. Republican former Vice Mayor Bill Cleve- land served on council for 18 years.

This changed in May 2009 after Frank Fannon (R) and Alicia Hughes (I) defeated Councilors Wilson and Tim Lovain. Two days later Wilson and Lovain led the charge to move city elections to November. They knew the huge 2012 presidential election turnout would defeat Fannon and Hughes. They were right. Wilson and Lovain were returned to office and we have had one-party rule since. City election laws must be returned to what we had before “massive resistance” eliminated wards.

At-large elections mean we vote for six city council members. What happened to “one person-one vote?” From 1804 to 1950 – except from 1921 to 1931 – Alexandria had wards for the same reason Congress and the legislature have districts. At-large elections create one-party rule by their nature. At-large elections were adopted in 1950 as part of Virginia’s “massive resistance” to school integration. This ensured minority neighborhoods were not represented. If you want your neighborhood represented, we must return to council wards. Alexandria had six wards until 1950.

From 1804 to 1950, Alexandrians elected their mayor and council every two years. Massive resistance gave us three-year terms. No other Virginia city uses three-year terms because local elections are then constantly thrown into and out of federal and state election cycles. We must move to two-year council terms in odd numbered years to align with Virginia state legislative races, not presidential and congressional races.

On the eve of the Constitutional Convention of 1787 James Madison wrote, “The central problem we will face is one of representation.” How does one design a government responsive to the will of the majority and yet respectful of minority rights, an electoral system that represents the varied interests among citizens as well as our unique regions, e.g. neighborhoods?

America’s Founders were greatly influenced by Montesquieu’s “Spirit of the Laws,” 1748. He wrote that pure democracies become “tyrannies of the majority,” that Republics must adopt “checks and balances” so that majority power never becomes tyrannical. Thus, our bicameral congress, an independent executive and supreme court, as well as federalism among the states.

Alexandria’s City Council no longer has the checks and balances of neighbor- hood wards and locally focused elections. Returning to council wards and two-year elections in odd numbered years will return the accountability to city hall that too many of our citizens feel has been lost.

The writer, an Old Town homeowner since 1997, was the first American elected to public office under the age of 21 in U.S. history. Today he is the director of The Center For the Electoral College.