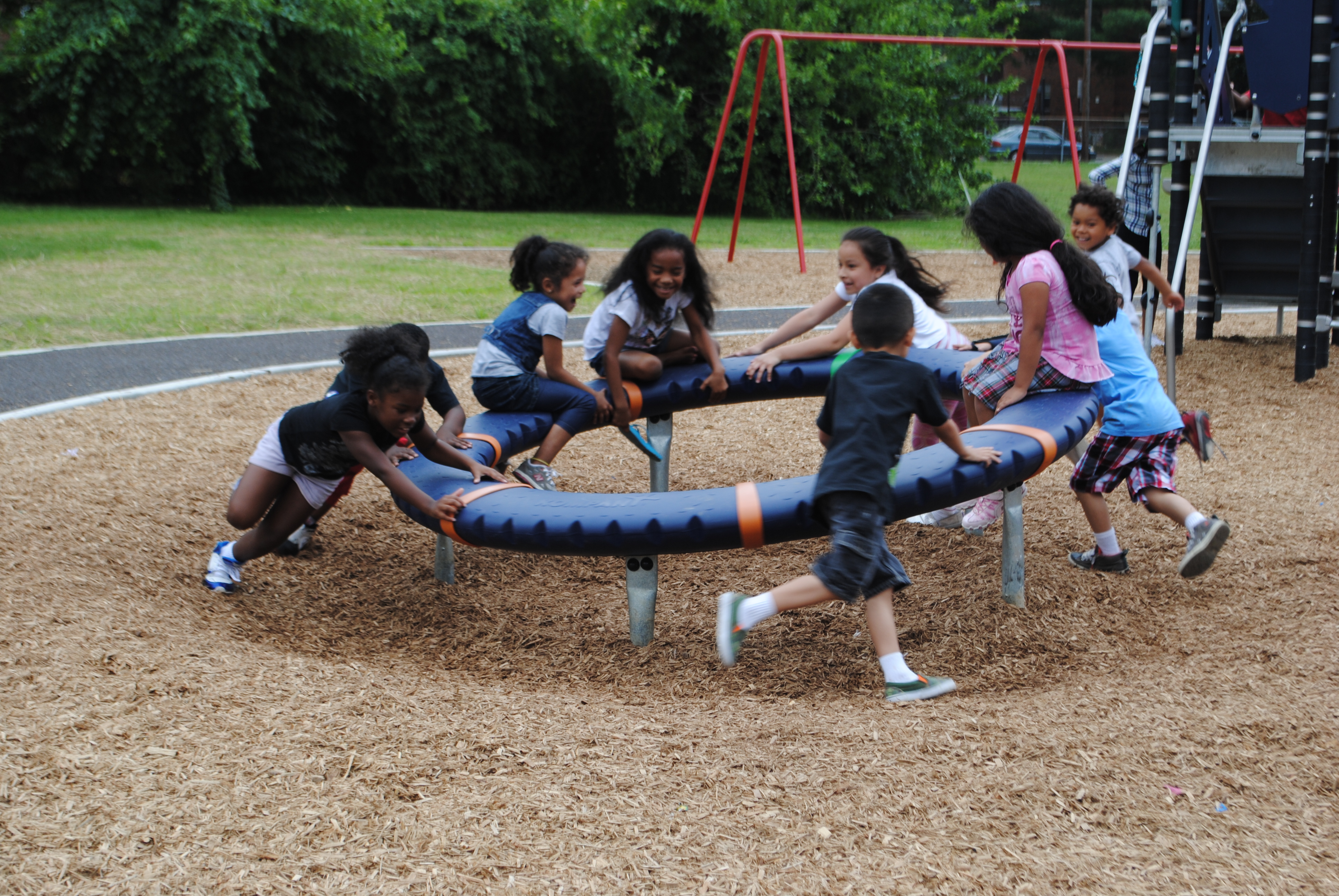 Neighbors adjacent to the James K. Polk Elementary School are wondering how an outdoor metal structure, resembling a massive Erector Set, suddenly sprung up on the corner of Pegram and Polk streets, without any community input or public discussion.

Among the issues raised are: Why is an Alexandria public school being used to promote the brand of a major international corporation – Target – as a free advertising space? There were no public hearings on this use of the space nor a request for special use permit under the private-public partnership considerations.

Alexandria City Public Schools Superintendent Dr. Gregory Hutchings, Ed.D in a written statement on Oct. 1 noted that the U.S. Soccer Foundation reached out to ACPS back in December 2018. They, in turn, partnered with Target, which provided a one-time contribution of $100,000 to install the structure. All discussions were conducted internally among school officials, U.S. Soccer and Target – not with the surrounding homeowners.

Polk Principal Pree Ann Johnston noted that initially the school had intended to meet with neighbors to discuss the earlier proposals, which included evening lighting and a possibility of surrounding bleachers. But following recent spirited debates about lighting at T.C. Williams High School and G.W. Middle School, that idea was abandoned.

Johnston was asked whether there was any input sought from the teachers on the proposal and she said no. Nor was the PTA involved until the beginning of school in September, with only one person participating. Apparently, because there was no requirement for letters to notify the community about the project, outreach efforts were abandoned.

Nearby residents who have called Polk have said school staff are in the dark about the takeover of the school playground. Apparently, even Mayor Justin Wilson was in the dark, as he responded to an inquiry from a neighbor by saying he didn’t know the background on the structure.

The recently paved play surface has now been totally dominated by the caged area for a very limited number of students. The basketball hoops have been removed in favor of the two futsal courts. It seems that this is setting a dangerous precedent for the soccer association to be able to appropriate the paved area of a school playground.

Many questions remain unanswered: What kind of cost/benefit analysis does the school board require to approve turning over school property to a private organization? Does the school board have a policy for allowing a non-school entity to take over school property for its own private use? Who is paying for liability insurance for costs of anyone injured while using this facility?

A hard surface, which had many uses, was eliminated to build this structure, which has few uses. Why didn’t the school simply fence in the entire play area of the school, for safety reasons, to keep children from running out in the street after stray balls?

Neighbors, and all Alexandria taxpayers, have a right to know why the community did not have input into erecting this structure. City officials have some explaining to do.