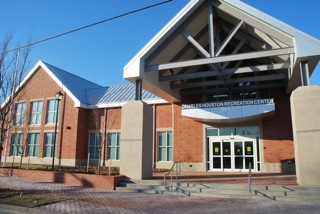 Nicolas Walter, the late British anarchist and atheist, famously observed, “Getting the facts right is not history, but it is a necessary preliminary.” Walters’ credo came immediately to mind when I read your feature “Out of the Attic: The student-athletes of Parker-Gray High School” in the Aug. 27 Alexandria Times.

First, the accompanying photograph has been cropped in such a manner that Coach Louis R. Johnson, the main architect of the school’s athletic success, is conspicuously omitted. Second, the text of the article not only fails to mention Johnson, it also creates the misperception that Ferris Holland deserves all the credit for the school’s success.

According to the article, “In 1935, Ferris Holland started Parker-Gray’s football team,” followed several lines later by, “In 1946, the football team had to travel to Roanoke, Petersburg and Charlottesville, Virginia in an open bed truck.”

Thus, it appears at best that Holland was solely responsible for the school’s athletic success; at worst, that Johnson played no role whatsoever. For the record, Louis Johnson was hired in 1939 as the coach of four major sports: track and field, baseball, football and basketball, and during that tenure he produced some of the best athletes and teams in the state of Virginia.