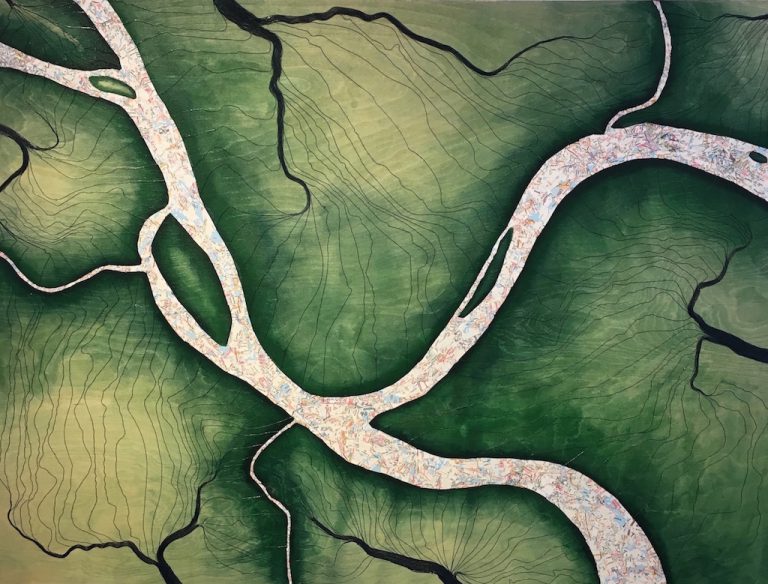 Cities and “natural stream restoration” contractors are cheating the Chesapeake Bay by inflating the environmental credits they get for stream restoration projects. The legitimate purpose of these projects is to decrease the erosion of nutrients, phosphorus and nitrogen from the banks of urban streams by re-engineering the streams. But cities and their contractors are claiming way more credits than are scientifically legitimate by cynically manipulating their calculation of the quantity of nutrients that the projects will prevent from eroding.

In Alexandria, the city is proposing a $4.5 million project to obtain environmental credits for reducing phosphorus erosion from Taylor Run, a forested headland stream in Chinquapin Park. The city is claiming that the project will sequester more than four times the phosphorus than it ever could.

If the city got the amount of credit dictated by science, rather than making this unexplained assumption, the project wouldn’t be cost effective. The cost of removing the phosphorus would be over $70,000 per pound. The city would have to find another way to reduce phosphorus pollution.

“Natural stream restoration” has become a billion-dollar business intended to protect the Chesapeake Bay. Cities in the bay’s drainage area have completed more than 100 projects. But I believe that many have exaggerated phosphorus levels to save their cities money, while cheating the bay. I have seen evidence of what looks like data manipulation on two other Alexandria projects, as well as projects in Arlington and Fairfax County. The devil is in the details.

Taylor Run also illustrates other environmental damage inflicted by this practice. To complete the construction project, the city plans to bulldoze a 40-foot zone on either side of the stream, a road for heavy construction equipment. To make way for this project, the city plans to kill 269 mature trees, many of which are over 100 years old. Again, the project wouldn’t happen if the city told the truth about the low level of phosphorus in the soil.

The Environmental Council of Alexandria will pull out all the stops to prevent this project. But more needs to be done to prevent similar data manipulation on other projects. State environmental agencies should be policing this practice that is sapping the strength of the environmental credit system.