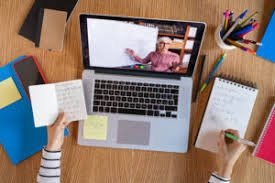 In “Kudos to ACPS teachers and staff,” the PTA Council provides the imprimatur of widespread parent support for ACPS leadership’s refusal to open schools.

The writers state that ACPS leaders have based the decision to keep schools closed on what the CDC recommends is the “safest option for our children.” Yet, for months the CDC has urged communities to open schools, as private schools in Alexandria have done already. The most recent data clearly shows schools have not been vectors for Covid-19.

More importantly, children are not safe. Higher levels of youth depression and anxiety have been reported since schools closed. Youth suicide rates are at the highest levels since 2000. Child advocates worry that child abuse and neglect are going unreported because of school closures.

Yet, what’s worse is what the writers don’t mention. ACPS’s own reports show huge numbers of kids failing academically, particularly minority and special needs children, who are struggling the most with virtual learning, as the Alexandria Times reported in January. Some children have stopped attending school altogether.